THE MAN WHO CAN'T BE BROKEN 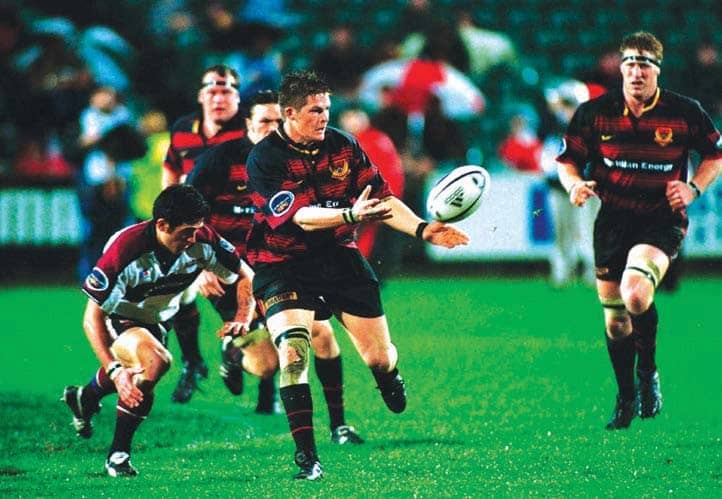 I GET KNOCKED DOWN, BUT I GET UP AGAIN YOU’RE NEVER GOING TO KEEP ME DOWN…

Chumbawumba’s 1997 megahit Tubthumping had long since passed into the pantheon of Greatest One Hit Wonders, but it just kept coming to mind during the epic All Blacks Springboks test of 2012 in Dunedin.

That was the night a group of Springboks took it on themselves to do what they had convinced themselves referees were failing to do, and deal with the constant menace that was Richie McCaw.

Rugby was still yet to offer any serious effort to deal with the disturbing number of head injuries suffered by players being ‘cleaned out’ at ruck time, and that night it was open season on the All Blacks captain.

It came to a head (no pun intended) just after the hour mark. McCaw was making a nuisance of himself, and copped a piledriver charge from Duane Vermeulen, one that would be a yellow card now, but was not even considered a penalty by the Irish referee George Clancy.

McCaw was bowled to the deck, and before he could get up, copped a second blow, this time from replacement prop Dean Greyling, diving over a pile of bodies to deliver a forearm jolt to the head.

Had anyone bothered to look at a replay, it would surely have been a red card, but the gormless Romain Poite from the touchline said yellow and that was that. (To make matters worse the Sanzaar judiciary saw fit to ban Greyling for what amounted to one whole week).

McCaw got up and went straight back into the fray. Time after time.

The more the Boks tried to hurt him, the more he just keep leading the charge, demanding to receive the ball at restarts before steaming back into the posse of green clad giants, tackling everything that came near him, and yes, creating ever more havoc either side of that fine line he trod every game, at the breakdown.

It was a performance that, in my opinion, highlighted McCaw as the greatest player of our generation, quite possibly of all time.

I say in my opinion, because that is all debate about greatness, the greatest, GOAT, whatever you like to call it, can ever be.

Judging greatness in sport is so subjective.

Ask a Canadian and he will claim Wayne Gretzky as the all-time, peerless influencer.

Ask an American and he’ll point to Michael Jordan and his determination to be the one to take on the toughest shot with the game on the line and the red light flashing.

Hell, you could even make a case for Phil Taylor, or Michael van Gerwin to hit a treble 20 to save your life.

Rugby is hard to judge because the game has evolved so much from past eras, and because players can influence an outcome in so many ways

You could argue Dan Carter’s virtuoso Wellington performance against the Lions in 2005, or the mesmeric stepping of Phil Bennett in the great Barbarians game of 1973, or David Campese tying the All Blacks in knots in Dublin 1991.

Rugby demands bravery, an unflinching physicality, and it demands inspiration by example, leadership from the front and judging within those parameters, nothing I have seen in 50 years of following the game, could match what I saw that night at Forsyth Barr Stadium.

It was the rugby equivalent of Gandalf the Grey standing before the Balrog, planting his staff into the stone path and shouting “You Shall Not Pass”.