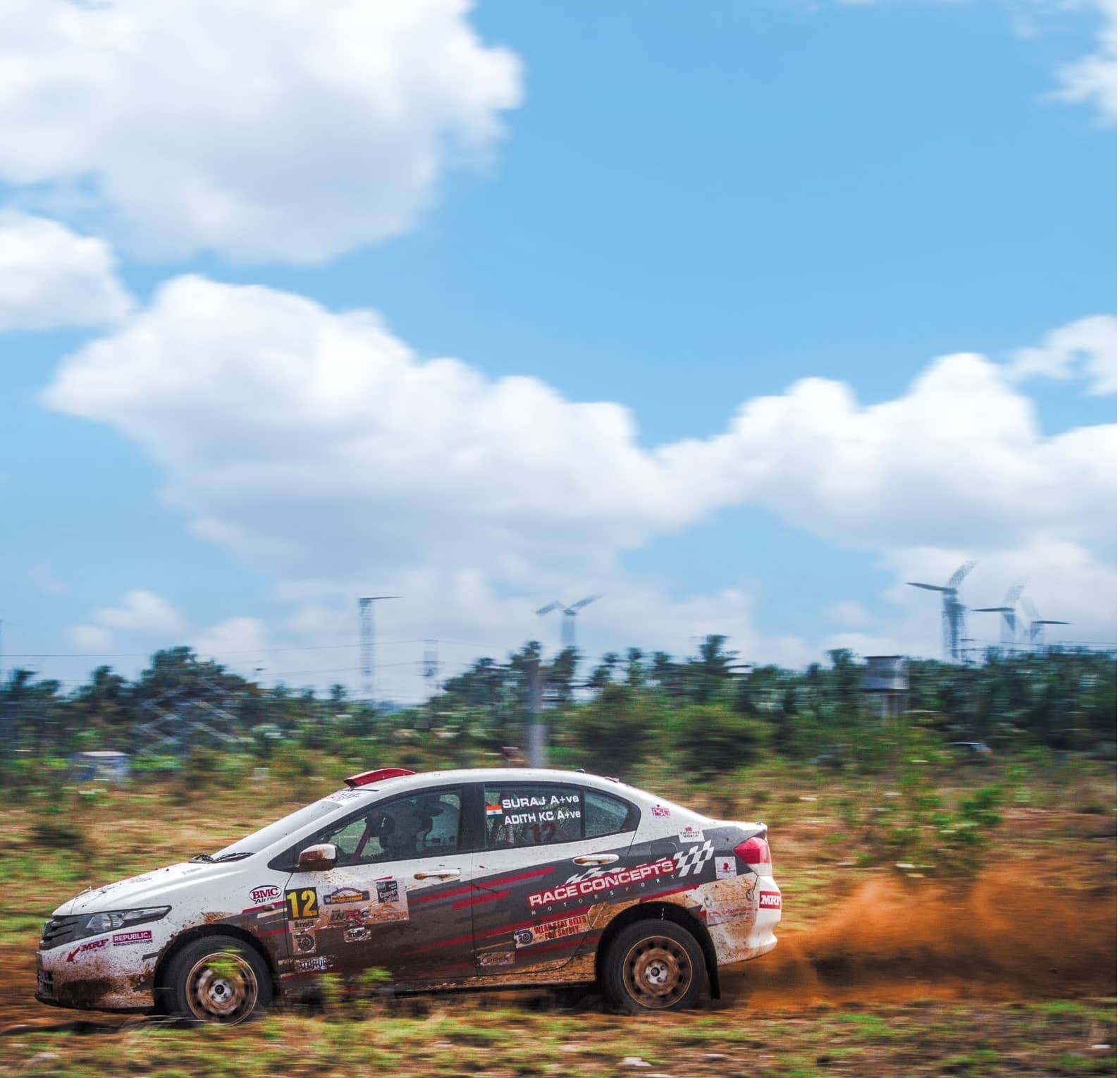 How’s the idea of re-tuning a retired rally car and putting it back into the stages with clever upgrades, sound? Joel Joseph explains...

The 2019 INRC rally of Coimbatore was utterly dominated by Volkswagen Polos. Top positions in every class, every stage and a major chunk of the leader board was greedily gobbled up by the rally-spec VW hatches. But in the ocean of VW Polos, there was one special car which was progressing through stages at an alarming rate. It was fielded by Team Champions, and tuned by Joel Joseph’s Race Concepts Motorsports. This was the Honda City i-VTEC driven by Adith K C along with co-driver Suraj Keshava Prasad. This is a car that has no real track record of being a rally car. But since the City was subject to spells from the technical wizardry of Joel Joseph, we knew we could expect something exciting. The guys at Race Concepts bought the retired INRC 2 car in 2017 and decided to run it as an INRC 3 car two years later.