The Pro Baseball Team With No Home 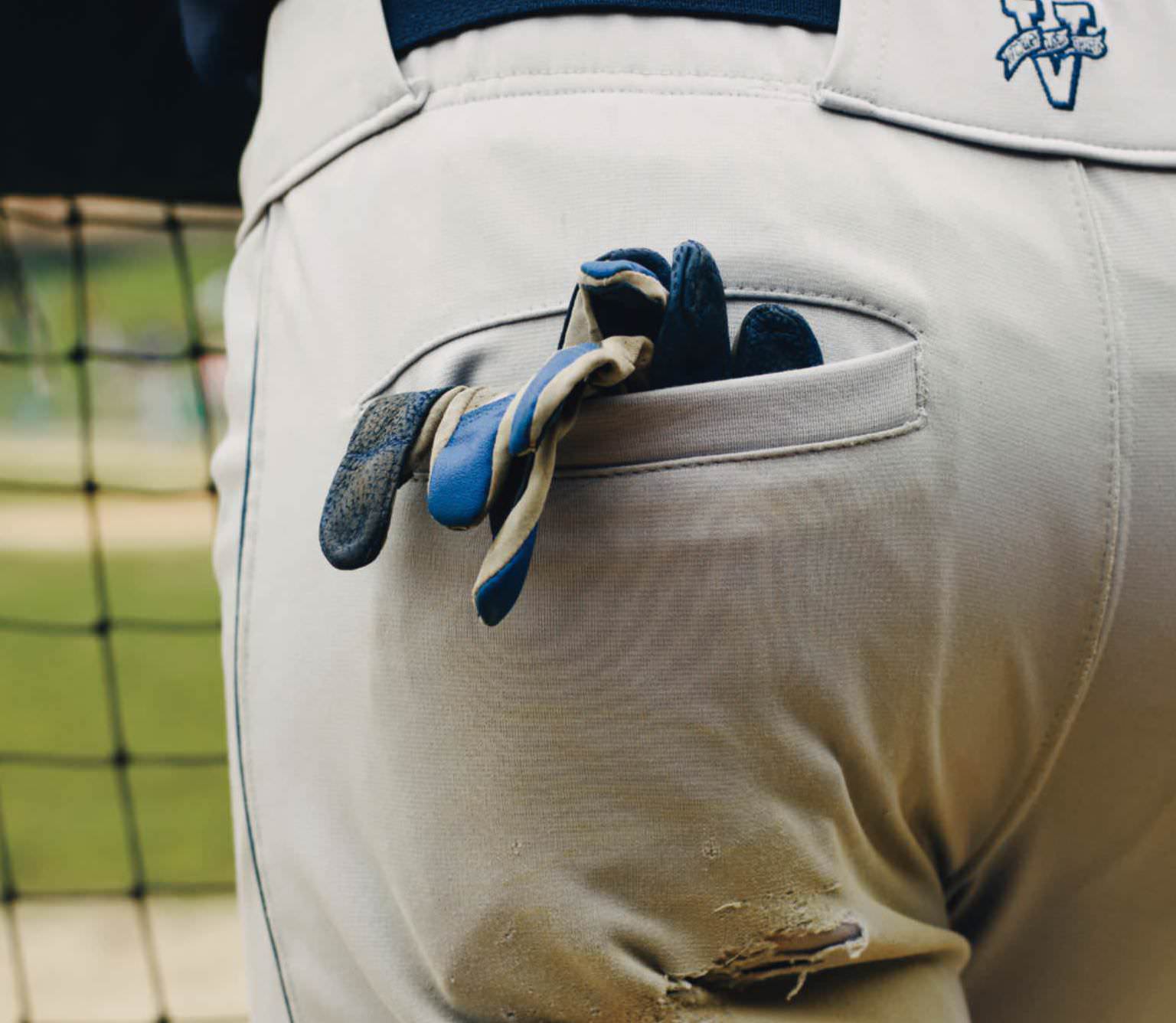 It's the worst gig in baseball: no stadium, no fans, no home field. Who would sign up for this? The guys who need it most.

It’s time to fucking get ready! Stop dicking around,” pitching coach Billy Bryk yells, stomping into the Frontier Greys locker room. In an hour, his guys will be taking on the Slammers of Joliet, Illinois, a team named in honor of the local prison. They are professional baseball players, technically in the minor leagues, though on the lowest rung. And few are dressed. They’re mostly all joking about a tray of…corn dogs? Nobody’s sure what to call it. It’s a mound of lukewarm hot dogs dumped atop a bed of what is surely canned corn, left on a table in their locker room. The Greys’ pregame diet is entirely dependent upon the whims of the host team. A few guys had tried the grub and spat it out. At least one dog had gone sailing across the room.

“You see our spread?” infielder Brandon Tierney asks Bryk. “Yeah, beautiful,” the coach replies. “Corn fucking dogs. Who gives a fuck. You don’t like it, play better.” Bryk’s pregame routine amounts to striding around the room like a big curious dog, occasionally grabbing players by the shoulders to shake them loose. “Let’s fucking go. Shane, how are you not fucking ready right now? You guys are fucking dead in here. It’s like a fucking library. Put the music on. Let’s go. It’s game time.”

Someone starts blasting Canaan Smith’s “Love You Like That” from a portable speaker. The room springs into motion.

That line of his—You don’t like it, play better—might as well be the team’s motto. Even before the corn dogs, there’ve been many opportunities to use it today. You don’t like boarding a bus at 8:30 a.m. and driving four hours, with a game scheduled that night? Play better. You don’t like sleeping on the disgusting floor of that bus? Play better. You don’t like that you’re staying at the Motel 6? That you just put on the same jersey you’ve worn every game since the beginning of the season, because the Greys provide you with only one? That your jersey has a two-inch hole in it (which Tierney’s does), or that the only pants you were given don’t actually fit (as outfielder Ben Lodge’s don’t)? That while your last name is D’Alessandro—that would be Justin D’Alessandro, tomorrow’s starting pitcher—your locker is labeled lesandro because whoever wrote it doesn’t know you and doesn’t really care?

When you play better, you’ll play in a better ballpark, on a better team, in front of better crowds. You won’t be here. That’s the point. And it could happen anytime. A scout could be in the stands, watching tonight’s game. Every day is an opportunity.

Bryk is the team’s animator; he’s amped up all the time. But its leader is manager Vinny Ganz, who might just have the hardest job in baseball. Unlike every team the Greys play—and unlike, in fact, every other professional baseball team in America—this one is homeless. The Greys do not play for a city. They have no stadium. No fans. No T-shirts for sale. Their logo is just a ball and two bats. Their name is so generic, they might as well be called the Team. And they are always the visitors, always in the away team’s locker room—trekking hours by bus across the Midwest just to be booed by the home crowd in Traverse City, Michigan, or heckled in Florence, Kentucky.

Ganz had to call 400 men just to find the 24 willing to join this nomadic tribe. He’d call guys up and say, essentially, Yeah: This sounds terrible. You work four months, live in motels and occasionally a local volunteer’s basement, and earn $2,700 total, on average, for your trouble. But there are scouts in the stands—the magical men, the wandering eyes of major league teams, who will watch you play. They won’t see you if you’re sitting on your ass, which is what you’re doing now. So come chase the dream.

This pitch works on a particular kind of player: “It gets hungry guys,” Ganz says. “It gets guys that’ll run through a wall for you.” Guys so desperate to play the game of baseball that they’ll put up with anything. Tierney played ball throughout college, then couldn’t find a pro team to take him; now he’s the Greys’ leading hitter. D’Alessandro spent three seasons with the Toronto Blue Jays’ minor league teams. When the Jays dumped him, he tried to leave baseball. “It hit me hard: I really miss the game,” he says. “I need to be playing.” Outfielder Shane Brown had made it all the way up to Double A, two steps away from the majors, before getting cut. He spent all of last year hunting for a second chance while working as a substitute P.E. teacher in Orlando.

In exchange for this chance, they spend most of their time on a bus, sometimes for eight hours at a stretch—crisscrossing the Midwest from Ohio to Michigan to western Pennsylvania, standing around in hotel lobbies with their pillows when rooms aren’t ready, sleeping within earshot of a highway and playing a game hours later. It gives them time to think, to ruminate about the almost laughably glamour-free version of the national pastime that is their lot. “Baseball’s about failure,” Brown says, voicing an old cliché that he’s taken to heart. “It really is. Hit three out of 10, and you’re a Hall of Famer. So you’re failing all those other times.” And the real point is to keep getting up to bat, because one of these times, you’re going to connect and start heading for home.

Ganz knows this himself—and his story is the greatest sales pitch he has: His own playing dreams were sidelined by injuries, causing him to grow a little belly. Now he’s 27, a habitual tobacco spitter, and hoarse from managing 24 men’s needs. He doesn’t require luxuries; he calls any beer more sophisticated than Budweiser a “milk shake,” too thick for his taste. He wants one thing, really: to coach. In the majors.

“I’m trying to get out as much as every single one of them,” he says. Nobody wants to be here. Which is why they’re all here.