The Most Powerful Swing In Baseball 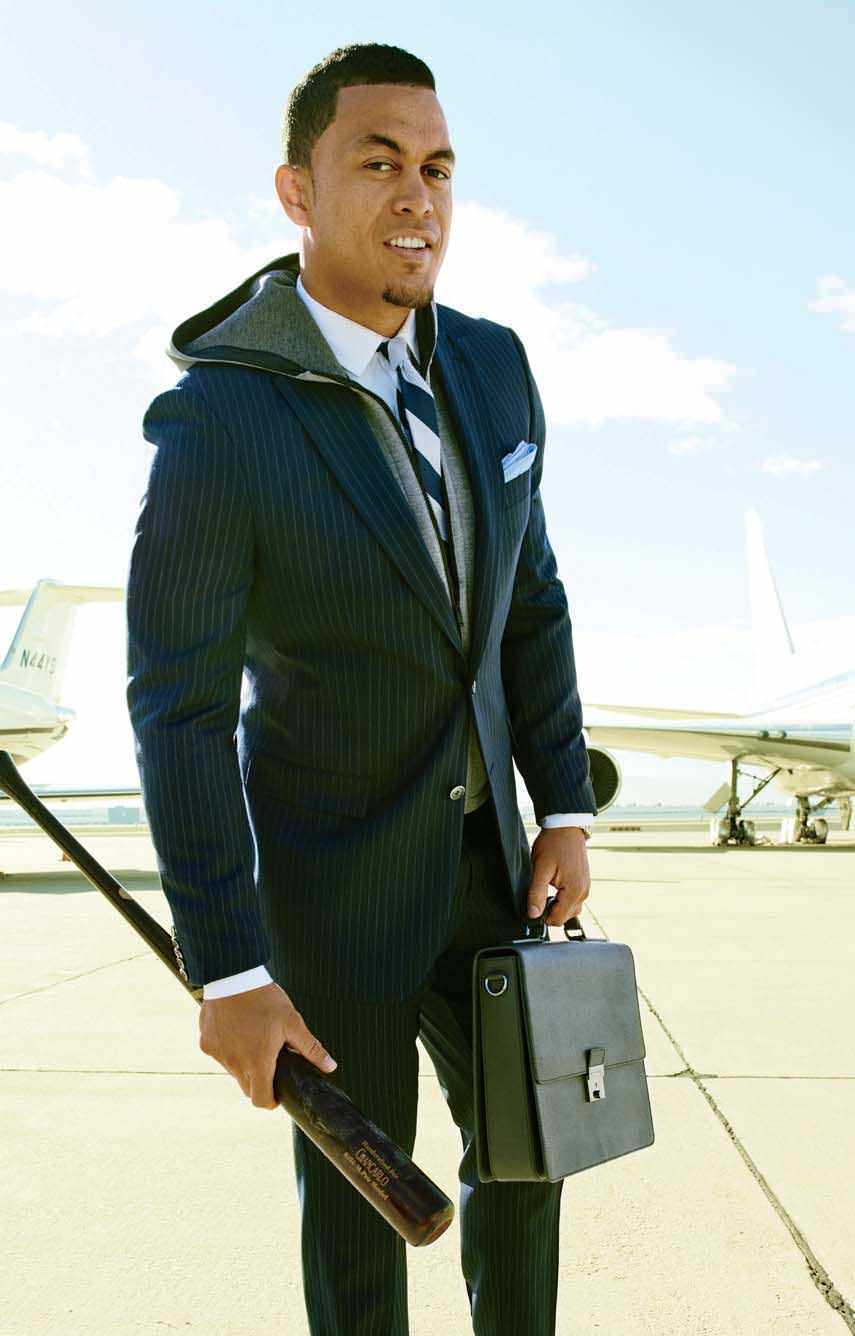 Miami's home-run hero Giancarlo Stanton has the most powerful swing in baseball.

There are a few things worth knowing about Giancarlo Stanton, the enormously powerful, absurdly wealthy and still single 26-year-old Miami Marlins right fielder. During his first two seasons in the major leagues, 2010 and 2011, he was listed in your program as Mike—the middle name he’d assumed as a self-conscious high school student because “no one could say Giancarlo the right way.” During those teenage years in Los Angeles, Stanton, who now fills a doorway at 6'6" and 240 pounds of salmon-fed brawn, was not only a baseball star but a top high school basketball player and a pop-your-eyes-out football wide receiver, too. He got football scholarship offers from USC, UNLV and UCLA, but instead went off to play baseball in the lowest rungs of the Marlins minor leagues. That’s where evidence began to emerge of the most interesting Stanton fact of all.

Think of it this way: There are about 7.3 billion people on earth, and Giancarlo Stanton can hit an incoming baseball harder than every single one of them. “It’s honestly a little scary,” Stanton says. “Every time I come to the plate, there’s a part of me that’s afraid I might hurt someone.”

Of the 12 hardest-hit balls in the 2015 major league season (all of which moved at 117 mph or faster), Stanton hit nine of them. No other player hit more than one. When Stanton approaches the batter’s box, the infielders and the base umpires take a giant step backward, and make sure their protective cups are in place.

Stanton hits balls hard and he hits them far—Babe Ruth, Mickey Mantle, Robert Redford in The Natural far. He clubs home runs that folks talk about years later. During a minor league game in Montgomery, Alabama, in 2010, Stanton struck a ball that sailed over an advertiser’s billboard, over the scoreboard and out into the night, landing (theoretically) about 500 feet away. The stunned crowd fell quiet; the ball was never found. In 2012 Stanton hit a whistling home run that knocked out a panel of lights on the scoreboard at Marlins Park. It left his bat traveling at 122.4 miles per hour, the fastest ever measured. That same year, he went back to being Giancarlo instead of Mike. And no one forgot it.