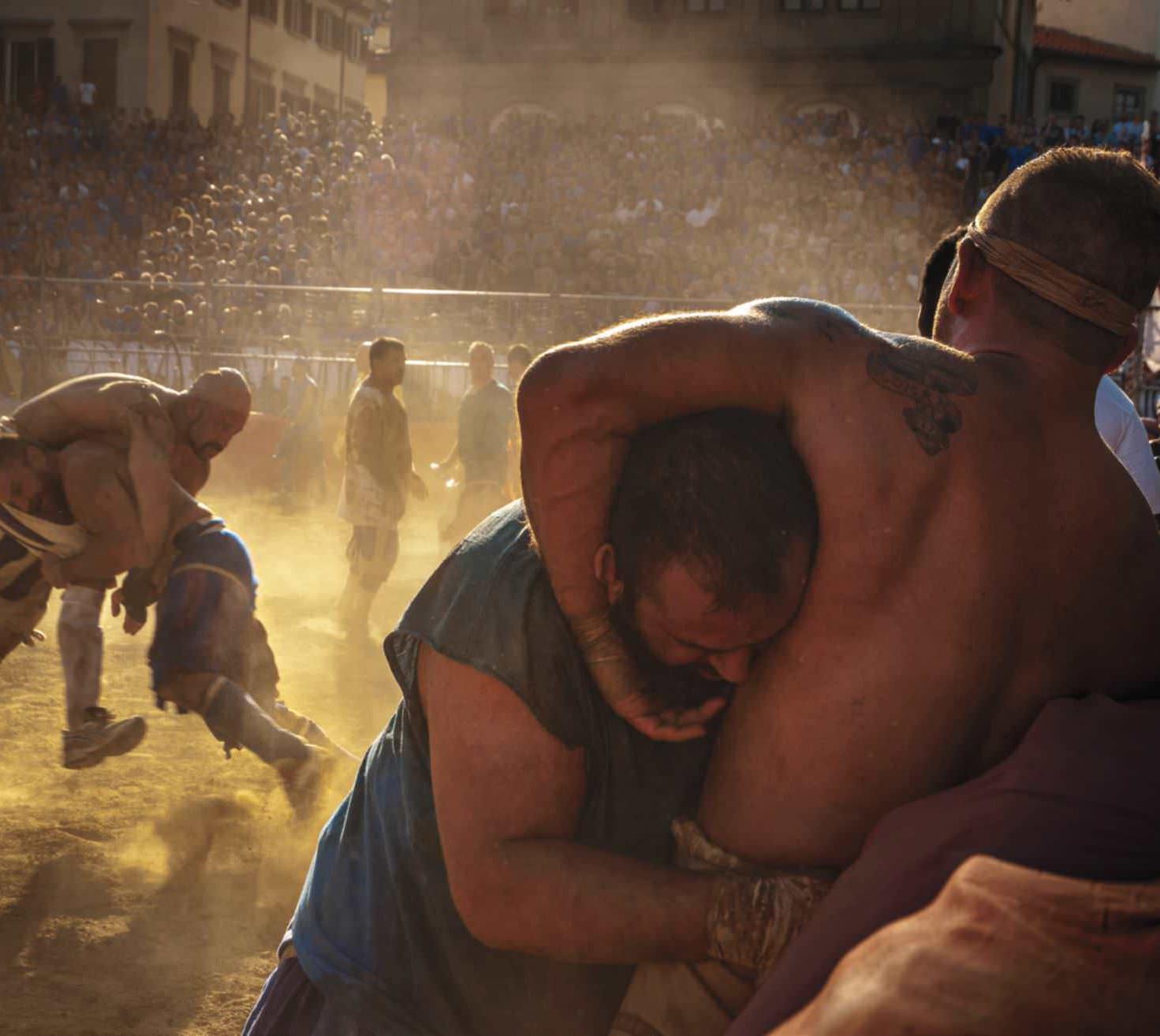 Once a year, the men of Florence, Italy, engage in one of the most violent athletic contests ever devised.

I’M NOT SURPRISED to see Maurizio Bonfiglio, the 48-year-old legendary midfielder, go barreling down the side of the pitch, punch a guy in the face, kick him in the head, and get thrown out of the match less than five minutes into play. After all, the guy has TOTAL CAOS tattooed across his back, and, as far as I can tell, nobody has ever had the courage to point out the spelling mistake. But what does surprise me is how quickly the other guy—who’s just been pummeled senseless by a human wrecking ball—stands up, dusts himself off, and jabs a fist into the first eye socket that comes within striking range. Or how the Italians in the bleachers to my left and right cheer wildly when, later, another player is nearly beaten unconscious by members of the opposing team.

I’ve seen men fight before—in bars, in hockey, in professional wrestling— but this is different. This is war.