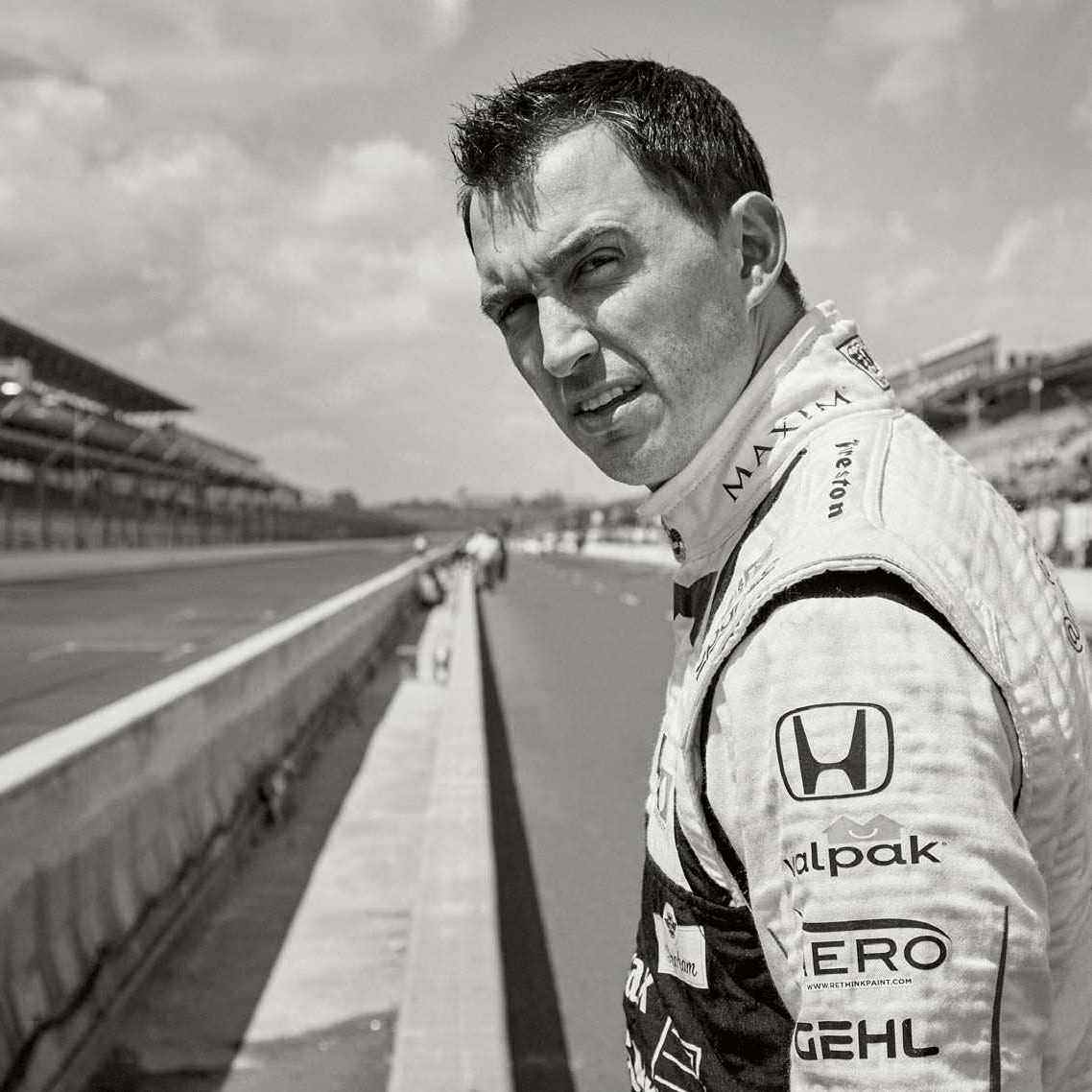 IndyCar standout Graham Rahal doesn't just compete against other drivers - his family's racing legacy is always in the rearview.

THE SON IS FAST, just like the father was. Graham Rahal, driver of the #15 Steak ’n Shake car in the IndyCar series (cosponsored by Maxim), is having a career year. He just scored a pair of thrilling runnerup finishes: at the Grand Prix of Alabama at Barber Motorsports Park last April, and at the Grand Prix of Indianapolis in May. More important, he has been fast and furious in every outing on the IndyCar circuit. But don’t look for the signature ’stache that his legendary dad, Bobby, sported during his Indianapolis 500 win in 1986. “I can’t grow one,” Rahal says with a chuckle. “It looks terrible.”

If the young Rahal has a handicap, it might be the weight of expectations. Bobby’s dad, Mike, raced Porsches before Bobby became an Indy 500 winner, three-time CART-series champion, and team co-owner with none other than recently liberated Late Show host David Letterman. Graham is named for the late English Formula 1 star Graham Hill.

Graham, 26, who is a spokesman for Sunoco’s tongue-in-cheek fragrance, Burnt Rubbèr, is tall and slender. He loves golf and is a fiercely devoted hockey fan. But he always wanted to race cars for a living—with or without his father’s blessing. “I really wasn’t supportive,” Bobby recalls. “I wanted him to do something different because the pressure to perform is greater. But he’s a very tenacious young man.” Graham isn’t just tenacious, however. He’s one of the most talented drivers in the sport.