Should He Stay Or Should He Go? 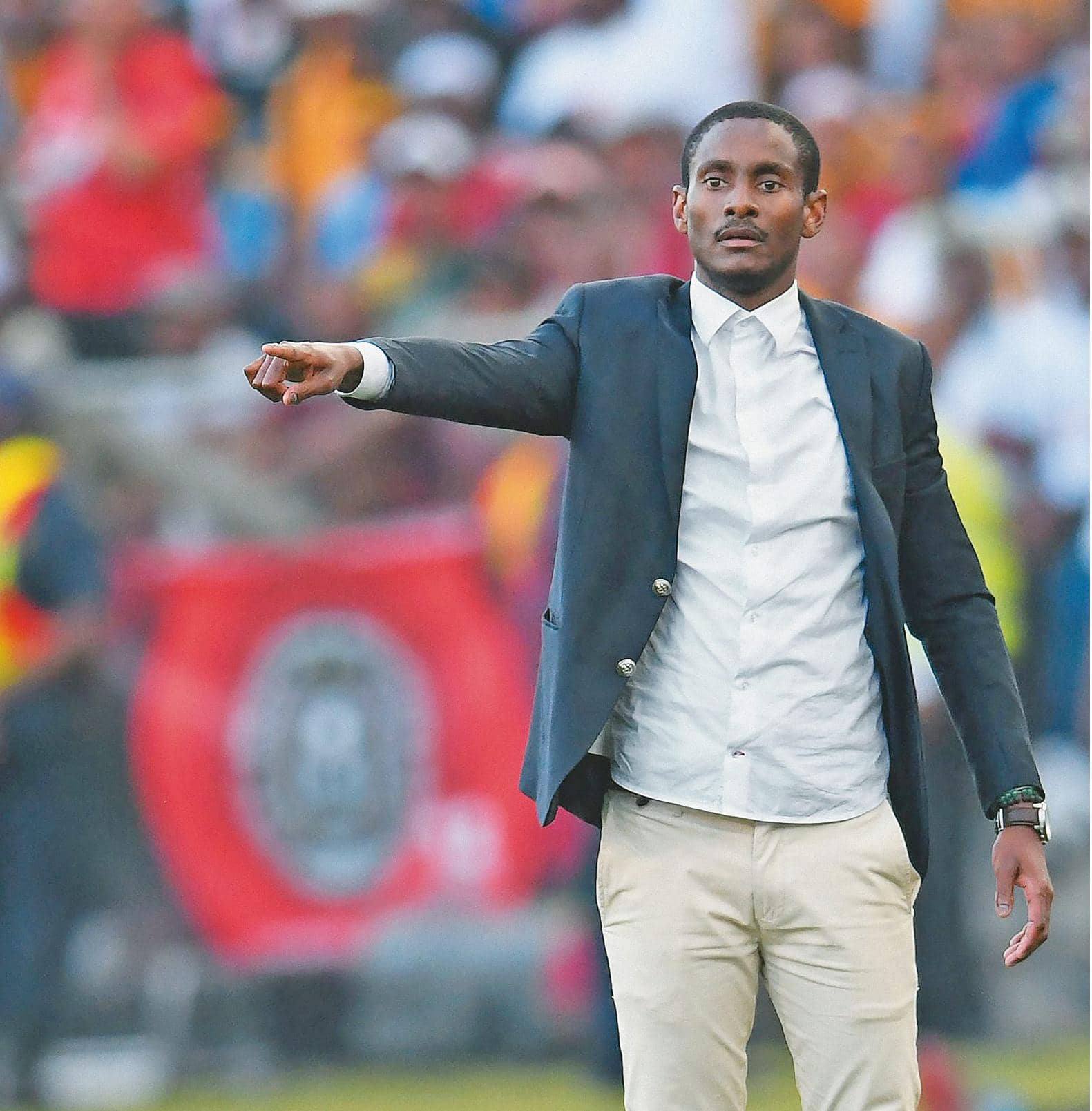 Three months after taking over Orlando Pirates, Rhulani Mokwena hasn’t elevated the club to where the fans expected. This has naturally raised questions about whether it was premature to hand him the job. KICK OFF’s Lovemore Moyo investigates Mokwena’s appointment, tenure and what could possibly be the way forward.

The honest truth is that RhulaniMokwena’s tenure as a coachof Orlando Pirates since takingover fromMilutin Sredojevic has divided opinion about whether it was premature handing a young, inexperienced coach among themost volatile jobs in the country.

His case has been complicated by the fact that results have not been forthcoming. In his first dozen games he won just three, lost five and drew four – three of them goalless stalemates.

The goalkeeping department and the defence has looked chaotic with 15 goals conceded in those 12 games, the midfield has been changed at the toss of a coin with the only hope being the energy provided by Gabadinho Mhango and the goals scored by Tshegofatso Mabasa.

Though the season is not even at the halfway stage, the reality is that Pirates will neither win the league nor even be challenging for the top three having fallen so far off the chasing pack.

What hurts The Ghost is that they were knocked out of the MTN8 at the first hurdle and then were felled by rivals Kaizer Chiefs in the quarterfinals of the Telkom Knockout, which now leaves the Nedbank Cup as the only piece of silverware to play for.

Added to that a first round exit from the CAF Champions League at the hands of Zambian side Green Eagles, and it has been a disastrous fewmonths for the club.

The circumstances that led to Mokwena being handed the job at Pirates were unforeseen but the fact that he chose to agree to take over spoke of his courage and belief that he feels he can do this job.

“It was wrong of Pirates to give this boy that job,” states yesteryear Pirates forward Andries ‘Local is Lekker’ Sebola.

“They were not supposed to hire him as head coach, he should have been an interim coach for a couple of games while they looked for a coach. You can see the boy doesn’t have the experience of coaching a big team like Pirates.

“You could see that under Micho he was hiding.When the team was winning, he was walking around with his chest out because they were praising, saying it was Rhulani.

“And when the team lost, he would hide and that way it was Micho’s fault. Now that Micho is not there the boy is not delivering. So, I think that they made a big mistake by letting him be head coach. He is too inexperienced to coach a big team like Pirates.”

Sebola adds that: “Even at Sundowns he was an assistant coach, though Pitso was giving him a chance to shout instructions.

“You could see that the experience was not there because he never coached LFA league, SAB league, ABC Motsepe League, NFD, so it becomes a problem for him. He was supposed to be frank and tell the team that he is fine with being interim while they look for a coach, so that he can grow as a person.

“What I have also noticed is that he has lost a bit of the dressing room because some of the players who were playing under Micho are no longer playing, so they will not be happy,” says Sebola.

Do Pirates need a new coach?

The retired forward sounds touched about this subject – considered way too sensitive by many former Pirates players who are not brave enough to comment in public, only choosing to whisper and talk in anonymity.

If Sebola was to have his way the best solution would be to either sack Mokwena or move him to the MDC team once a new coach is appointed.