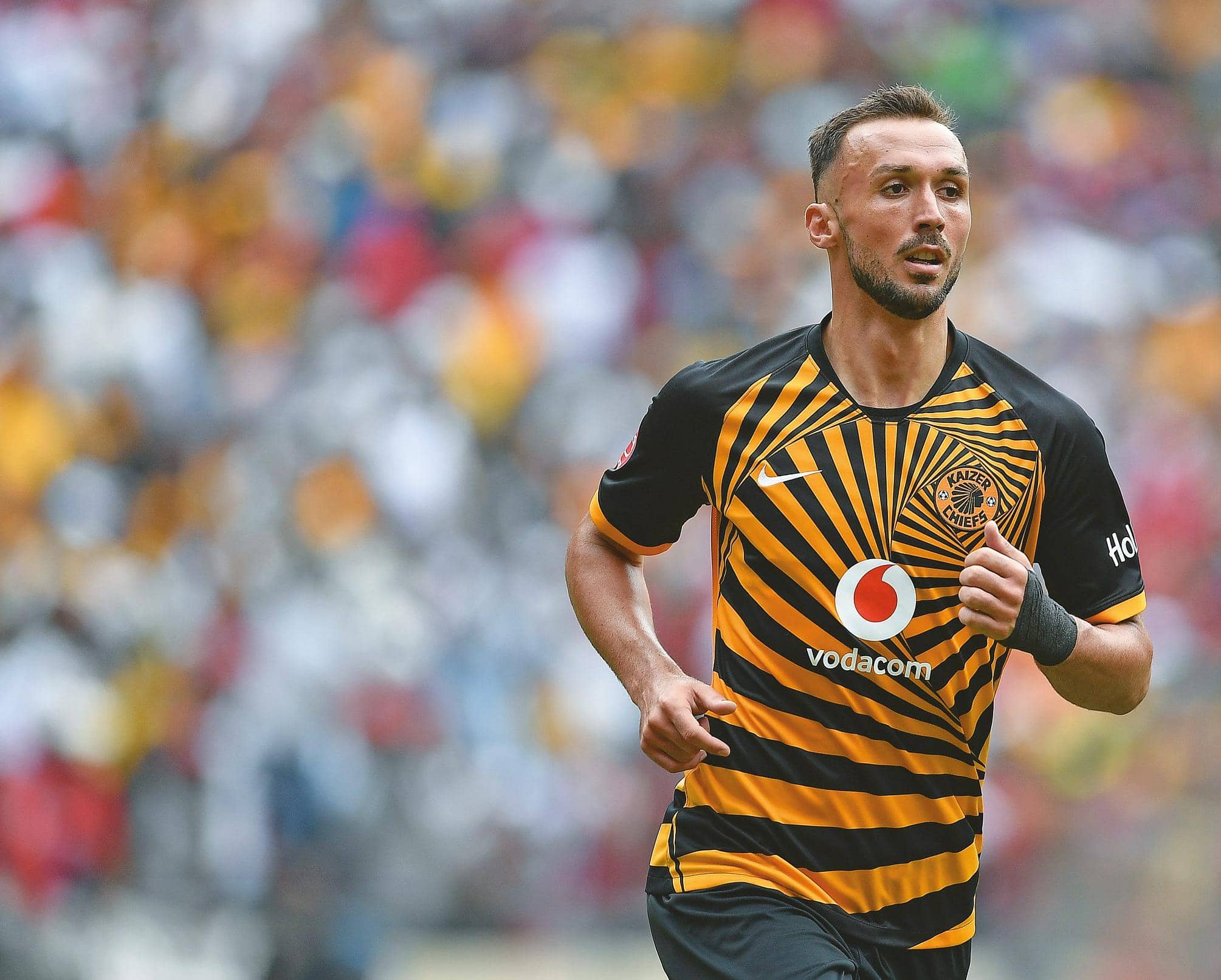 Kaizer Chiefs’ excellent start to the 2019/20 Premier Soccer League season has been a great team effort, but there is one man who stands out head and shoulders above the rest as the catalyst for their upturn in fortunes. Serbian striker Samir Nurkovic was a little-known journeyman forward before he arrived at Naturena at the beginning of the campaign, but has almost single-handedly improved the side’s attacking fortunes. KICK OFF’s Nick Said investigates what makes Nurkovic such a quality addition and why he can fire Chiefs to the league title.

Samir Nurkovic will hope to have finally found a settled home after a restless career that has taken him to 10 clubs in his eight-year professional career, as he now emerges as one of the key players at Kaizer Chiefs this season.

Nurkovic’s past is one of frustration and missed opportunities as injuries have stalled him, but the last two years he has seen an upswing in fortunes and his arrival in the Premier Soccer League has been a breath of fresh air.

As a youngster growing up in the tiny Serbian town of Tutin, his first love was basketball, but once he switched to football at the age of nine, the bug bit and he later joined the academy of top club Partizan Belgrade.

Regarded as one of the finest youth programmes in Europe, the academy has brought through a number of notable players, including former Serbia internationals Saša IliÄ‡ and Savo MiloševiÄ‡, and even ex-Chiefs and Orlando Pirates coach Vladimir VermezoviÄ‡.

Despite this, strong doubts remained in his own mind over whether he would make it as a professional, and what followed has been a ‘scrappy’ career, mostly spent in the second division in lowly Slovakia.

But his fortunes changed when he joined second-tier Komarno at the start of the 2017/18 season, and went on a goalscoring spree that made plenty sit up and take notice, including Chiefs coach Ernst Middendorp.

His record of 35 goals in 41 appearances over two campaigns is simply superb, and while the quality of the league he was playing in may have contributed to that, it also shows a player who can both create chances for himself and finish them off.

His record at Chiefs this season is four goals in 11 appearances, but what that statistic does not show is how many opportunities he has created for teammates, not just directly, but also by providing space on the pitch for others. He also comes across as a selfless player, one who puts the team ahead of his own goal-scoring ambitions.

“I never want to be accused of selfishness. If a teammate is in a better position than me to score, I will pass the ball to him,”he said earlier this campaign. “I’m trying my best every game to help the team get three points.”

Nurkovic has also caught the right tone to speak to Chiefs fans as the club seeks to end their barren run of silverware that stretches back to May 2015.

Nurkovic reveals it took him“just 10 minutes” to decide to join Chiefs when they approached him through his agent in Serbia after AmaKhosi coach Ernst Middendorp had scouted the length and breadth of Europe for a player with his particular attributes.

“I had a lot of chats in May already using my networks and getting information,” Middendorp said.

“I felt that [Leonardo] Castro and [Khama] Billiat were a little isolated last season but Nurkovic has given them the space to play because he needs a lot of attention inside the box.