How Women's Sport Got Cool 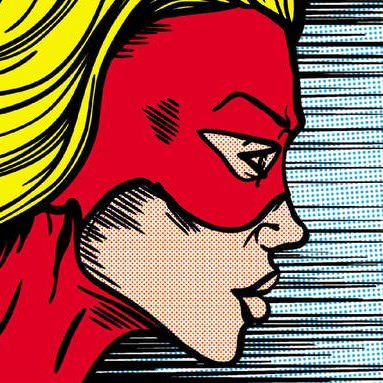 It's been long overdue and long deserved, but 2015 is the year women's sport has finally made it to the big time. Girl power!

Men’s sports, from football to cricket, and their stars, have long been revered and thought of as ‘cool.’ We bet you know someone who had a poster of their favourite team on their bedroom wall. The constant stream of football coverage and familiar roar of F1 cars on TV at weekends, the big fashion campaigns featuring the biggest sporting names – you can’t escape the popularity of men’s sport. In contrast, many women’s sports and their stars, despite their talent, drive and capabilities, have, historically, failed to get much of the recognition of  their male counterparts. But things are changing,and fast…

THE SUMMER OF SPORT

This year has seen women’s sports hit headlines in all the right ways. Our finest sportswomen have graced the front pages of the newspapers and magazines, getting more coverage than ever before and felt a wave of support from the country. Stylish, suitably kick-ass, with buckets of talent, women in sports are finally getting the acknowledgement they deserve. But what’s caused this tipping point?

‘The performances of elite sportswomen in this country have inspired the nation,’ says Christopher Scott, media and PR manager at Women in Sport (womeninsport.org). ‘Our national women’s teams and individual athletes are consistently putting in spectacular performances which, in turn, have given media outlets and commercial organisations alike the wake-up call a number of them needed to invest in and commit to women’s sport.’ Companies such as Vitality (England Netball), SSE (Women’s FA Cup), Newton Investment Management (The Boat Races), Investec (Hockey) and SCA (The Volvo Ocean Race) are just some of the brands that have recognised the sizeable opportunity and value in investment. ‘Huge strides have taken place in the last two to three years, and I’m sure that further progress will also come at a pace,’ explains Charlotte Edwards, England Cricket Captain. ‘We are fortunate enough to be sponsored by Kia [kia.co.uk] as our first stand-alone sponsor, and hopefully that will encourage more companies to get behind women’s sports.’

So what were the events that got the ball rolling? First up was cycling as the Aviva Women’s Tour grabbed our attention from June 17-21. After a highly successful inaugural edition in 2014, the five stages of racing returned this year and attracted the big names, with five jerseys up for grabs at each stage. A daily programme was broadcast for an hour on ITV4 with highlights on British Eurosport. British Olympic silver medallist, Lizzie Armitstead, won the first stage. Unfortunately, though, she had a bad crash soon after her win and was ruled out of the rest of the racing.

MORE STORIES FROM HEALTH & FITNESSView All