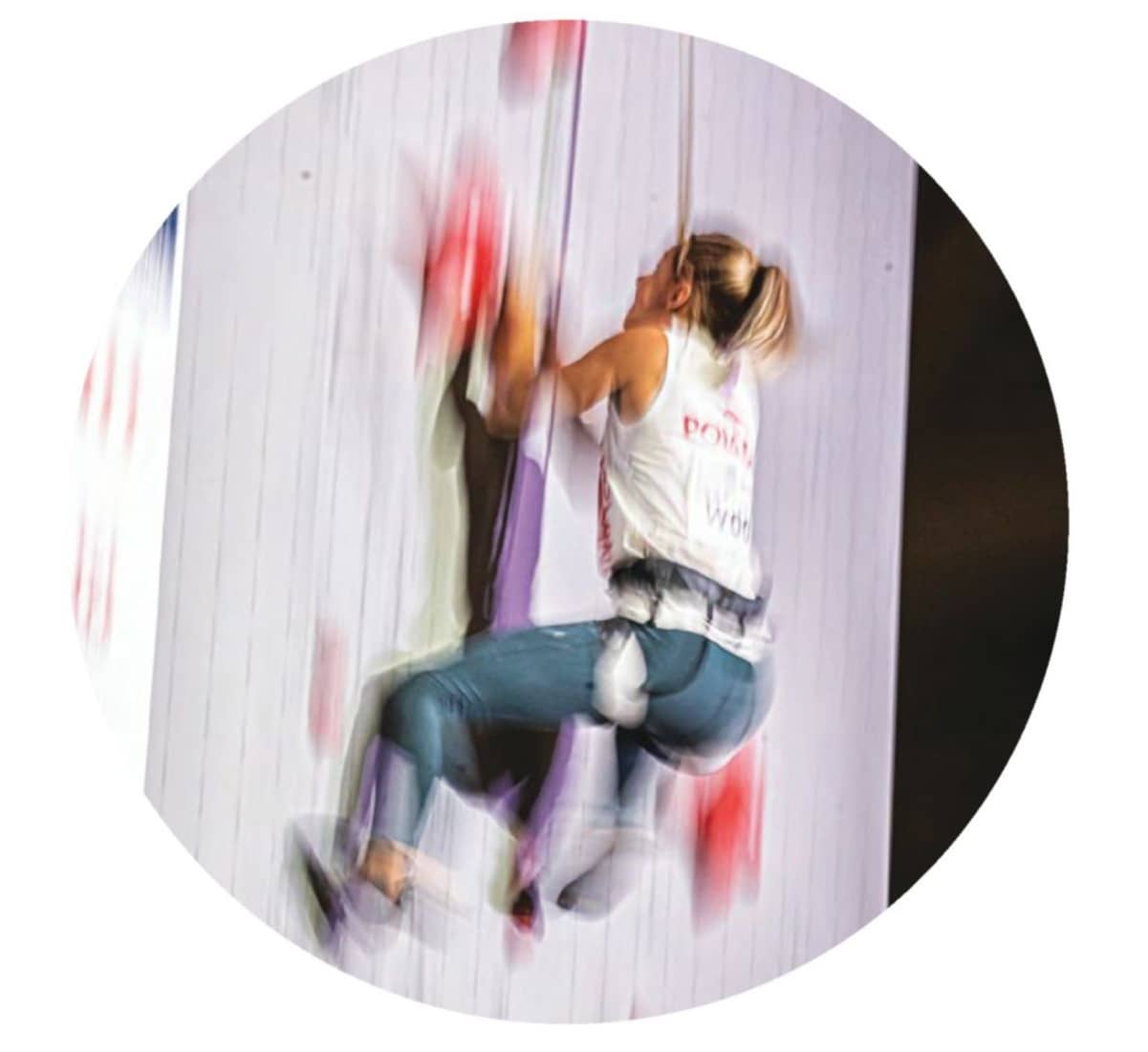 Have you ever walked into your local gym and noticed that tall, gray wall with the weird-looking red holds? You probably never paid it much attention … until you saw the local youth team fly up it like an army of possessed spiders.

Well, that wall is the official IFSC speed route, a 10- or 15-meter speedclimbing route standardized around the world. We speed climbers all compete and train on the exact same route, every time, without fail. The world record is 5.48 seconds, set in 2018 by an Iranian climber, Reza Alipour, who looks more like he belongs in a CrossFit gym than anywhere else.

That’s crazy, you think. How do I get into something like that? Well, my friend, this article is for you … straight from a certified speed climber.

01 Speed Climbing is Not Rock Climbing

A certain stigma is associated with speed climbing. “It’s not real climbing, and I’m a real climber, therefore I don’t like it.” You know what else isn’t real climbing? Puppies. Hamburgers. Memory-foam mattresses. Marble countertops. Do you not like those either?

Sure, everyone is entitled to an opinion, and climbing the same route a million times in a row might not be your jam. But speed climbing doesn’t deserves a stigma just because people assume that it is trying to be something it’s not. I could go on and on, but for the purposes of this article, Step 1 basically says, “Get over yourself, your friends, and your sick 8a.nu, and be willing to try something different.”

Want to know the best way to learn the speed route? Just hop on.

Climb the route normally, get to know the holds along the way, and try to go all the way to the top. The moves are weird and big, so don’t be disheartened if the route takes you a few tries. After that, try to cut down your time!