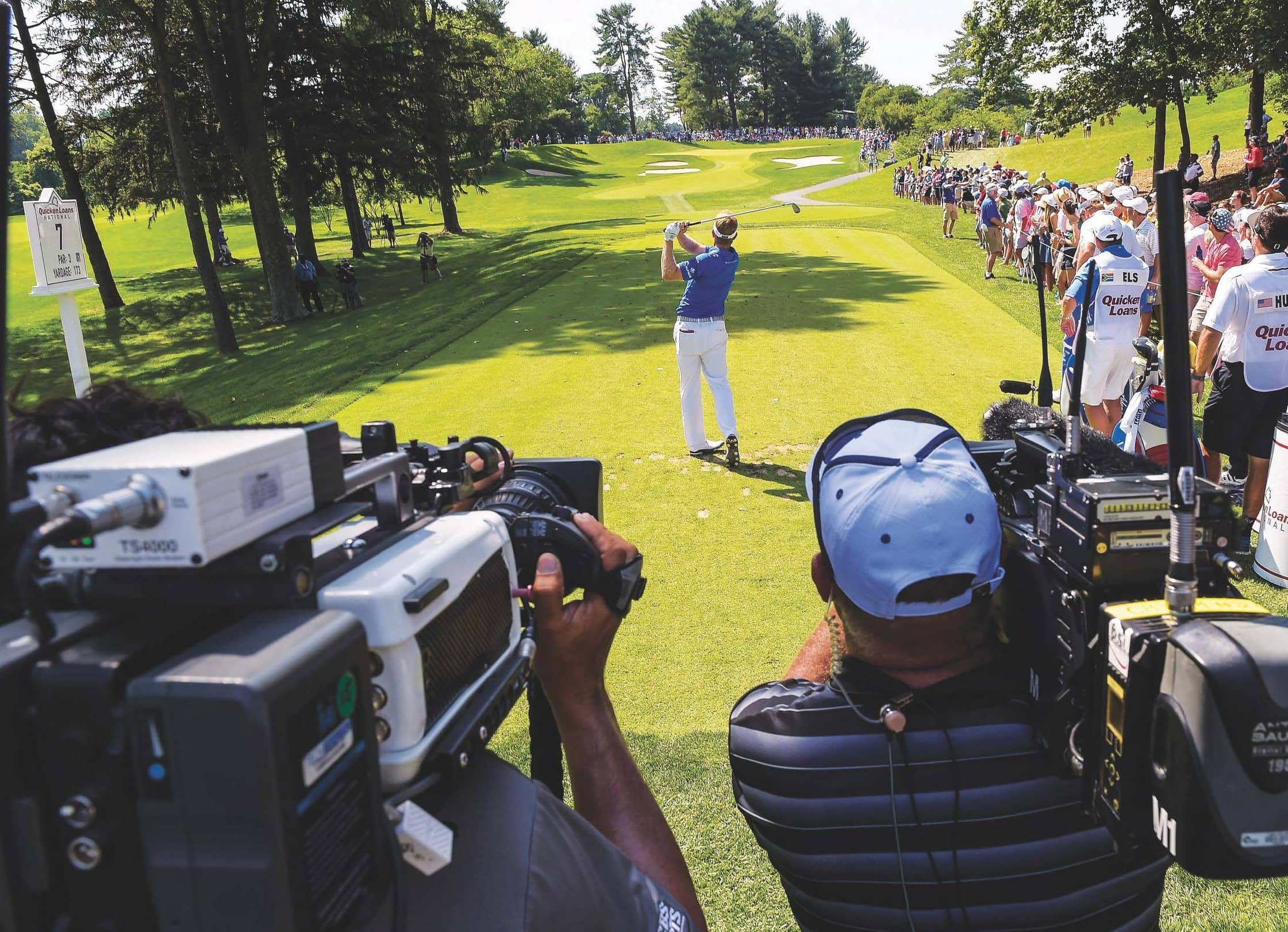 Live golf on terrestrial TV seems to have been consigned to the dustbin of history. Do we need to fight for its return, or is there a better way to reach out to, and enthuse, a new generation of golfers?

When we recently put this question out to our 250,000 social media followers, the answer was a resounding yes. A Twitter poll had 81 per cent of respondents reply in the affirmative that golf on terrestrial TV would boost playing numbers. Responses and comments to accompany the poll included those accusing the BBC of abandoning golf, effectively pulling the rug from under the sport. Others fondly remembered the good old days, when on a Monday after a Major covered by the Beeb, courses were packed with inspired golfers.

Ostensibly, it would seem logical that more free-to-view golf on TV would mean a greater audience and so greater potential to inspire and attract newcomers. It would also be easy to surmise that, as golf has disappeared from terrestrial TV, people are no longer being inspired to go out and play. But is the situation that clear cut?

First thing to consider is the way people consume media now, compared with those ‘dashing out after The Masters’ days. Back then, there were only four channels on TV. If you were a sports fan you watched the golf, if not you watched the Bond film on the other side. Now, there are so many more avenues to explore if you want to be entertained. People have Netflix or Amazon Prime, they might have a Sky package, or they might largely follow their passions on social media. With so much choice, even if golf was on terrestrial TV would anyone other than die-hard golf fans actually watch it?

Ofcom’s latest Media Nations Report shows people now watch 50 minutes less traditional TV per day than in 2010, and for those aged 16-24, the viewing time has almost halved. Figures from the Broadcast Audience Research Board (BARB) show that numbers watching golf on terrestrial TV were falling well before the BBC decided to discontinue its live coverage. At Carnoustie 20 years ago, 5.84 million watched the final round on BBC2, but by the time the BBC last showed The Open in 2015, only 3.02 million watched the final day.

This year, 1.2 million people watched the highlights of The Open on BBC2 after the final day’s play had finished on Sunday – not an insignificant number but hardly earth-shattering. It was the eighth most popular programme on BBC2 that week, just behind highlights of the RHS Tatton Park Flower Show.

And who are these BBC viewers? Realistically, they are the same sort of people who tune in to the Tatton Park Flower Show – older viewers who remain loyal to terrestrial channels. These are people with at least a vague interest in golf already who are tuning in simply because it’s familiar and it’s on. It’s hardly tapping new markets.

Like almost all sports in recent years, golf participation was falling while the BBC continued to broadcast live golf. Figures from leading sports research company, Sports Marketing Surveys Inc. (SMS), show a decline in golf participation in the UK – defined as individuals who play at least one nine- or 18-hole round of golf each year – from a peak of over four million in 2006 to just over 3.1 million in 2015. This decline came over a time when several important golf events remained on the BBC.

“Our most recent research shows that only 19 per cent of people who took up golf simply felt inspired to try it,” says John Bushell, managing director of SMS. “The other 81 per cent were introduced by a friend or family member. So, golf on TV is not the most significant driver for people going out and trying it.”

The latest SMS figures show that, in 2018, golf participation went up for the first time since 2011. Live golf is not on terrestrial TV, but participation increased. What’s behind this? Interestingly, one of the reasons is to do with TV and the monies received from TV deals.

“The R&A recently announced an investment of £200million back into golf over ten years, and that included £80million for family, female and mixed golf,” says Bushell. “The R&A’s income comes from The Open Championship and a large percentage of that is from the revenue from TV rights. The fact Sky pays a large amount for TV rights results in investment back into development programmes that encourage participation.”

Golf Foundation chief executive, Brendon Pyle, supplies the evidence for this. “The R&A is providing £2m to the Golf Foundation over the next four years to support its drive to inspire more youngsters into playing golf and to increase the retention of juniors within the sport to boost membership at clubs,” he says.