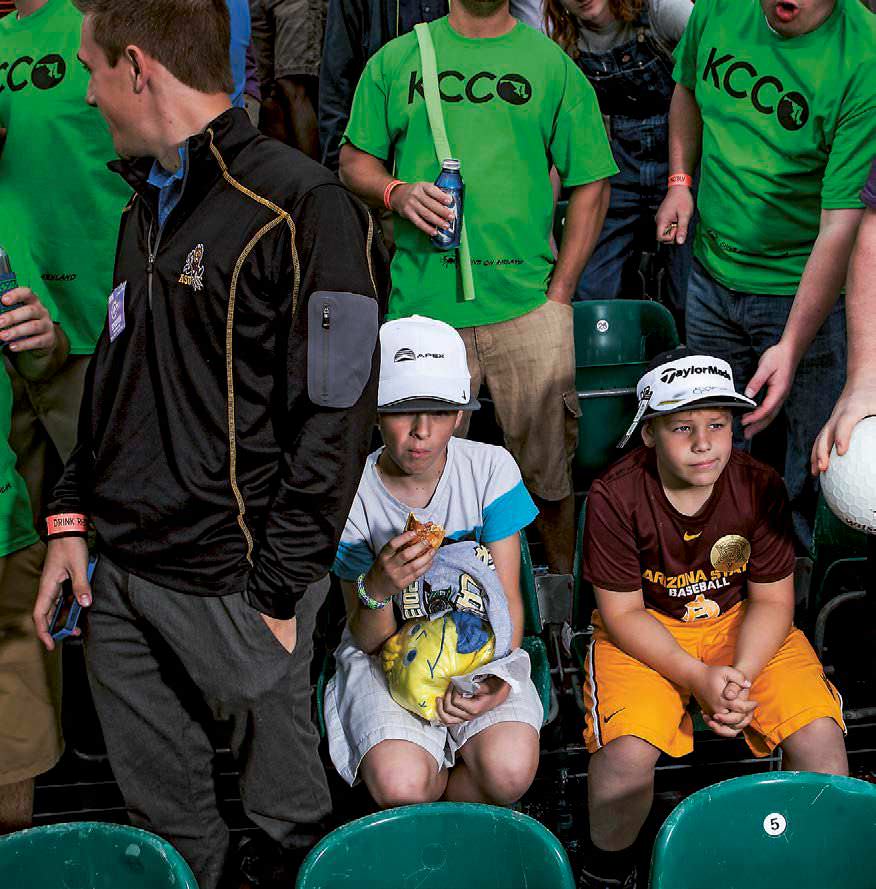 A plea for a little decency from the fans.

My wife and I travel to tournaments with our young children, and we have one strict rule: The kids aren’t allowed to step foot past player dining. I don’t even want them coming out for five minutes to the flash area where I get interviewed after rounds. Maybe it’s just a sign of my maturity, but I believe the amount of obscenities we hear from the crowd has got way worse since I began my career. It used to be Phoenix was the raucous one, but now it’s half a dozen events. I’m not the only player who insists his kids stay inside the clubhouse or hotel.

Yes, I’ve fantasised about punching spectators. The closest I ever came was a Saturday one year at Phoenix. It wasn’t quite noon, so theoretically still short of the drunkest hours, but I’m coming off a tee box when a man shouts a vulgar comment about my then-3-month old daughter. Normally I’ll just keep walking, but this was so far beyond the line. I stopped and turned to the gallery, the blood in my face pumping hot. “Who said it?” I asked. “Who’s the big man?”