Three In A Row For Central Seniors 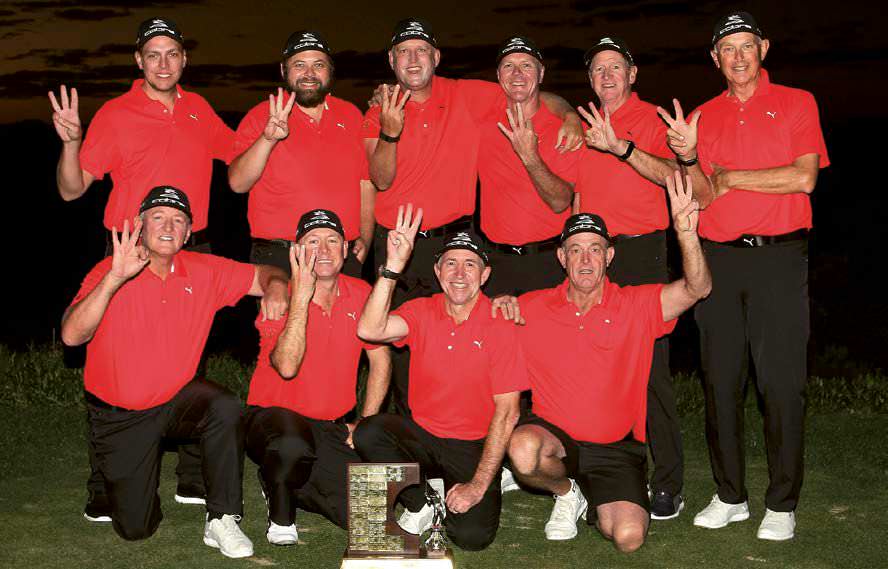 Central Gauteng made it three titles in a row at the Senior IPT when they triumphed with a 100 percent record at St Francis Links in the Eastern Cape.

Central haven’t lost a match in the last three years, compiling a record of 19 wins and two halves. They scored 59½ points out of 84, one point short of equalling the record set by the 2013 Central team.

The Senior IPT has been a two-team contest between Central and Western Province since it reverted to matchplay in 2013, yet WP almost had the runners-up position snatched from them by home team Eastern Province. WP edged the locals in their second day clash, and EP had to be content with third place, a superb performance considering they were in the B division a year ago. Two EP players, Manie Daniels (Uitenhage) and Doc de Kock (Humewood) were among the leaders in the MVP list, and the only two players to win all seven of their singles matches.