Survival Of The Fittest? 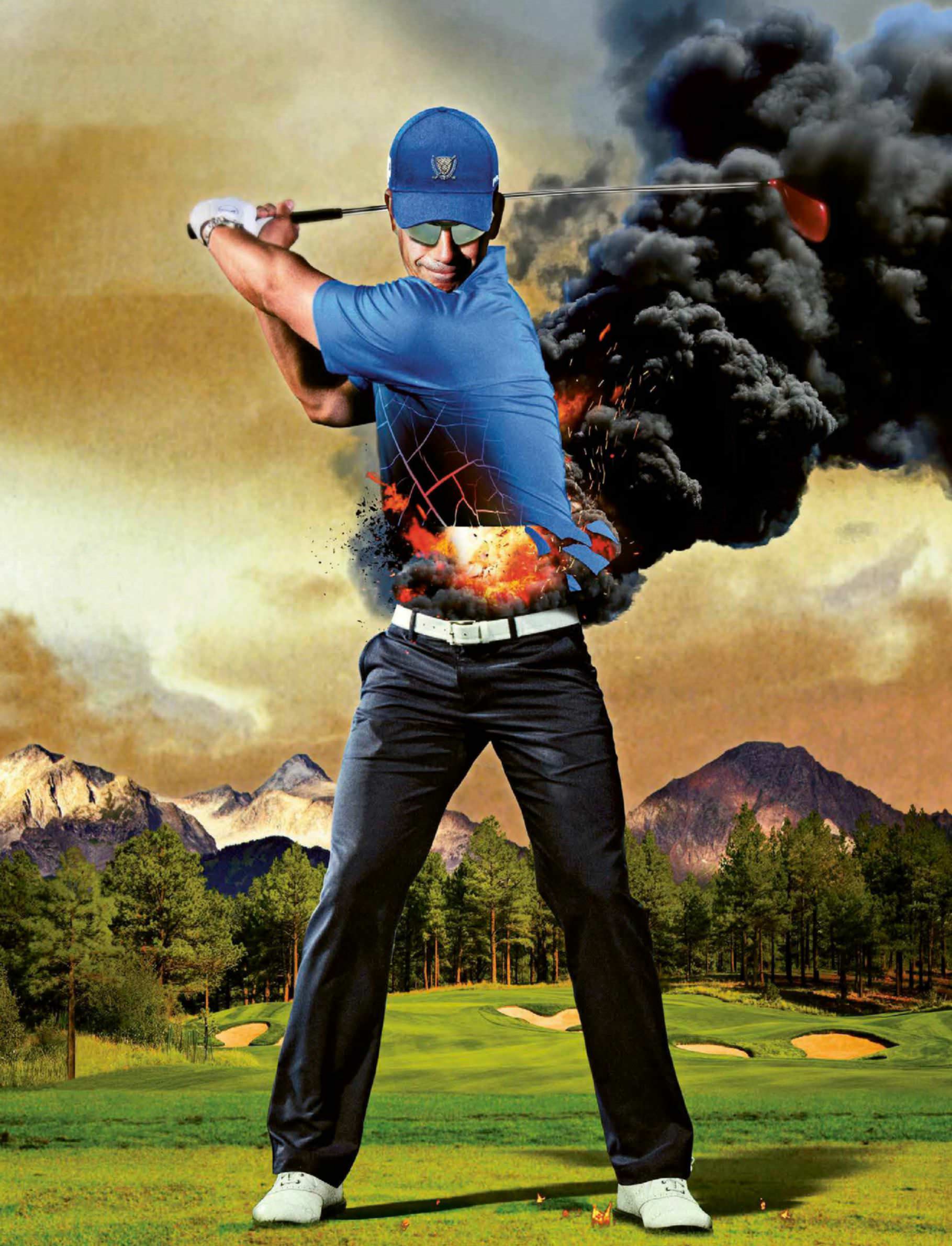 THE COURSES, CLUBHEADS and pay cheques are bigger, but the most obvious change to pro golf in the 21st century? The way the players look.

Billowy clothes and dumpy physiques have been all but shamed of the world’s tours, with even the formerly portly profile of senior golf streamlined by the agelessly trim Bernhard Langer. Where was the image of a generic tour pro remade? The gym.

It used to be that genetic gifts were almost wholly responsible for why physically magnetic stars like Snead, Palmer and Norman stood out. But the current era is marked by a new army of clones who are clearly buffed under their stretchy shirts and skinny pants. All the lean muscle is accepted as indispensable for the power game now considered vital as the most efficient path to tour success. To get that way, at least some fitness training – but more commonly, a lot of it – has become mandatory.

It would be hard to argue that the results haven’t been a net positive for the game. On the modern pro tours, ball go VERY far, and the athletic and stylish image of the players is more marketable. Substantively it seems irrefutable that there are more golfers capable of winning tournaments than ever.

But to apply a Newtonian concept that is one of the foundations of the call for increased tour-pro fitness, for every action, there is an equal and opposite reaction. And what seems to be an emerging pattern – or perhaps just an aberration – has spurred some traditionalists to voice their latent scepticism about the new order.

Why, the old-schoolers wonder, has it been that since 2000, the very players identified as the best and most physically developed have been so often injured? The names on that rhetorical marquee: David Duval, Tiger Woods and, most recently, Rory McIlroy and Jason Day.

The shorthand, which ignores some vital details, is this: All four were or are power players who made it to No 1, and all four transformed their bodies to a startling extent – especially their upper bodies – through intense training programmes. In the case of Duval and Woods, the injuries were part of a precipitous decline, and in the case of the latter two 20-somethings, some recent downward slide has taken place. Bottom line, the more taxing workouts seemed to make all four more physically fragile.

It’s a simple narrative, and video posts of the impressively ripped current No 1 Dustin Johnson and US Open champion Brooks Koepka engaging in heavy-lifting sessions can look like harbingers.

Of course, all areas of Woods’ epic and perhaps tragic story remain a dominant and irresistible reference point in the game. Golf ’s commentators know controversy will be sparked by any comparisons to Woods’ history of fitness obsession and injury. Early last year, a few months after McIlroy had been supplanted at No 1 by Jordan Spieth and Day, Golf Channel’s Brandel Chamblee went there when he cited Woods in respectfully expressing doubt about McIlroy’s direction.

“When I see the things he’s doing in the gym, I think of what happened to Tiger Woods,” Chamblee said. “And I think more than anything of what Tiger Woods did early in his career with his game was just an example of how good a human being can be; what he did towards the middle and end of his career is an example to be wary of. That’s just my opinion. And it does give me a little concern when I see the extensive weight lifting that Rory is doing in the gym.”

The year before, when McIlroy was No 1, Duval, who was transitioning to the television booth, referenced Woods and himself in seeming to issue a warning to McIlroy, telling reporters, “It looks to me the majority of the guys that get hurt, including myself, are guys that hit the gym hard and did stuff.”

McIlroy, who admits that second-guessing of his workout programme is a “pet peeve,” responded to Chamblee and other critics by posting an in-your-face video of himself doing a set of three full squats with 120 kilograms, with the comment, “I’m a golfer, not a bodybuilder.”

McIlroy later explained that the motivation for the aggressive workouts that transformed him from underdeveloped adolescent to an Adonis was not about ego, but pragmatism. McIlroy’s unique combination of small frame, flexibility and an ability to generate incredible clubhead speed were all a recipe for further injuring a lower back that had begun giving him trouble as a junior. The antidote was a regimen designed by his British sport physiologist, Dr Steve McGregor, which strengthened the core and lower body and added upper-body muscle mass to help McIlroy’s swing become more stable, compact and powerful. “Rory absolutely did the right thing for him,” says venerated golf-fitness instructor Randy Myers.

But as we’ve learned in politics, wonky specifics don’t always penetrate the zeitgeist. There are various reasons weight training and golf remain a counterintuitive fit to many. The suspicion by sports cynics that the hardest weight-training workouts might be fueled by performance-enhancing drugs invites criticism. Also, five-time Super Bowl champion Tom Brady, uncut and relatively scrawny but better than ever as he hits 40, is strongly endorsing muscle pliability and suppleness over bulk.