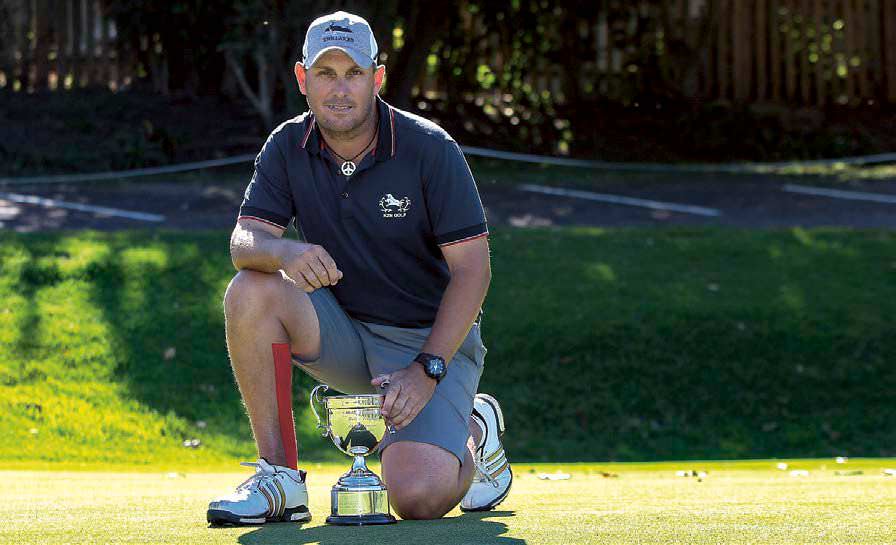 Derek Scullard found himself 11 shots off the lead after the first round of the SA Mid-Amateur Championship, but masterful golf over the next three rounds at Plettenberg Bay Country Club saw him power to an impressive six-shot victory.

The 39-year-old from Mount Edgecombe confirmed his status as the No 1 Mid-Am, and became the first golfer from KwaZulu-Natal to claim the title, played for the 11th time. Scullard was No 1 in 2017 with four wins, and has had five wins in 10 outings over the last year.

The championship turned into a duel between two former Sunshine Tour pros. Louis Moolman, 31, Rookie of the Year on the 2008 tour with R553 000 in earnings, bounded away from the field with an opening 9-under 63. A 72 in round two saw him eight shots clear of Scullard, but that margin was eliminated in round three with Scullard shooting 69 to his rival’s 77.