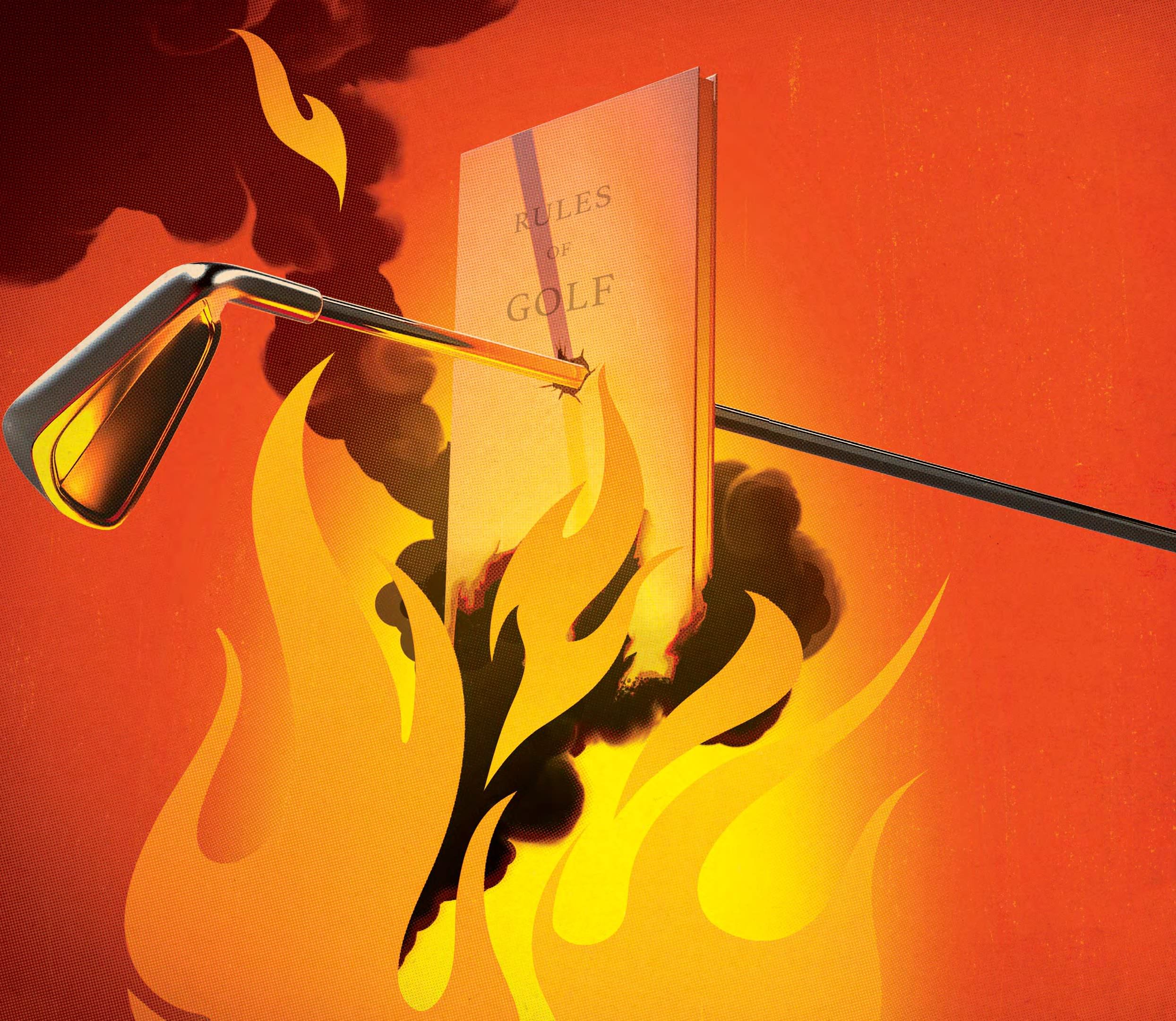 WHAT BEGAN IN 2012 WITH SMALL discussions from key members of golf ’s governing bodies about what to do with a set of rules that many believed was unwieldy, undesirable and often unintelligible, has evolved into a large-scale attempt to revise the way the game is played. - The most likely scenario is this: Starting in 2019, The Rules of Golf, jointly authored by the Royal and Ancient Golf Club of St Andrews and the United States Golf Association, and used by millions of golfers worldwide, will look very different than it does now. - “There was a recognition to take a new look at it, to put everything on the table and do something good for the game,” says John Bodenhamer, senior managing director, championships and governance for the USGA. “We’re very happy with what we’ve come up with and are excited to see how golfers of all levels feel about what we’re proposing.”

Before any rule is changed, you’ll have several months to review the proposed changes and submit feedback online to The R&A via worldwide survey technology that can be accessed at randa.org, or you can email the USGA at rules@usga. org and offer your opinion. Once that comment period is complete on August 31, rules-makers say they will review the feedback, finalise a new set of procedures and penalties and announce them early in 2018, to be put in play for 2019.

There are currently 34 rules in The Rules of Golf. The proposal calls for an easier-to-understand book of 24. Officials want to consolidate many of the rules sections. Examples: The terms “abnormal ground conditions” and “obstructions” would be merged to create “abnormal course conditions.” “Loose impediments” and “movable obstructions” would be under a single rule. Officials also would like to take the rules related to the committee out of the book and put them in a separate procedural document.

The R&A and USGA are also proposing to publish a shorter version of the rules called the Player’s Edition, a reference guide to the most common rules situations encountered during a round. It will be written in language more recognised by golfers worldwide instead of the legalese in the current book.

If you’re wondering what becomes of the 550-page Decisions on the Rules of Golf, it would be known as The Handbook.

“The guiding principle for everything we propose is that it should be easier to understand and put in play,” Bodenhamer says. He adds that USGA employees have been testing the proposals during casual rounds, and the results have been positive – especially in speeding up play. One proposed rule change calls for a reduction in the time you can search for a lost ball from five minutes to three. The rules-makers also want to simplify dropping when taking relief (but still retain its randomness) by allowing golfers to drop from any height. The recommendation is that the ball should be dropped at least an inch above the ground, the grass or anything growing, they say.

Other proposed changes call for doing away with having to remove a flag stick before putting, and a suggested time for making a stroke (less than 40 seconds).

Golfers also would no longer be pe-nalised if they accidentally caused a ball or ball marker to move on the putting green, or if they want to remove loose impediments in a hazard (to be called a “penalty area”). There definitely is a common-sense approach to the changes, Bodenhamer says.

So what’s missing from the proposal? If you’d like to see the stroke-and-distance penalties for losing a ball or hitting it outof-bounds go away, the rules-makers are “not there yet,” Bodenhamer says. They could treat an out-of-bounds situation the same as if you hit into a lateral water hazard, meaning you wouldn’t have to return to the previous spot to play your next shot. But the USGA couldn’t come up with a sensible way to handle lost-ball situations. “Where do you drop when that happens?” Bodenhamer says.

That being said, the decision by the rules-makers to leave stroke-and-distance penalties in the book is not final. “We’re not decreeing it from on high,” he says. “We’re really curious to hear what people think and offer as solutions for stroke-and distance.”

Another rule that probably won’t change is relief from a divot hole. Jack Nicklaus famously said divots should be treated as ground under repair, but the rules-makers believe players encounter good and bad breaks throughout a round, and this is one of those times when the golf gods decide.