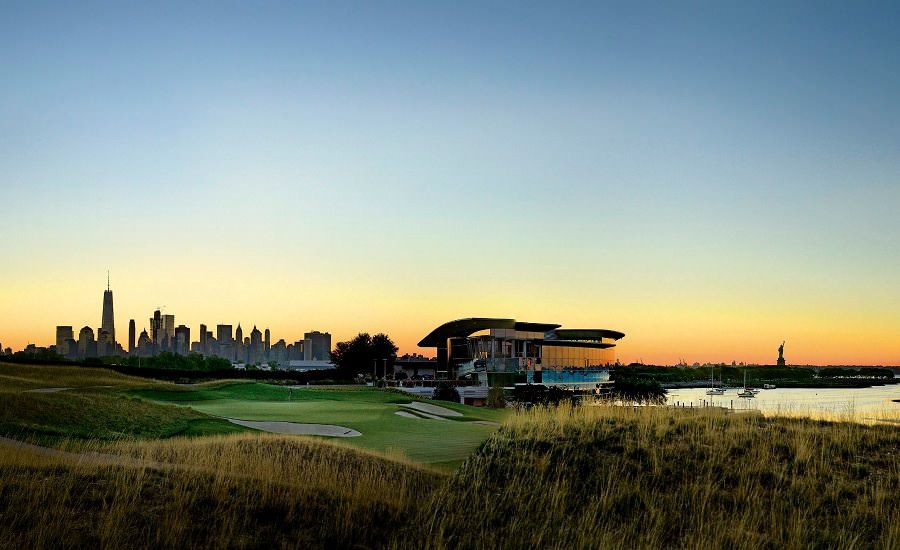 Liberty national, once a superfund site and butt of jokes, is ready for the presidents cup

LIBERTY NATIONAL GOLF CLUB is inspirational, going from a contaminated waste cesspool to Presidents Cup showcase, but it has been badly shackled to a poor national debut. As host of the Barclays in the 2009 FedEx Cup Playoffs, the New Jersey layout got trashed by pros and the press. Its architecture, by Bob Cupp and Tom Kite, is subtle and stylish, intended to be thought-provoking, not easily absorbed. One hole rewards length, another accuracy. One puts a premium on the recovery game, another on approach putting. But in 2009, most simply saw a 6 767-metre course with small greens and gusty winds off New York Harbour, so thumbs went down after a single round.

Some participants launched into comedy routines. “Maybe Tom did this before his eye surgery,” said Tiger Woods.

“They ruined a perfectly good landfill,” said one unidentified caddie, channelling Dave Hill’s critique of Hazeltine National at the 1970 US Open.

The nadir was reached later that year, when a survey of anonymous PGA Tour pros, ranking the courses they had played that year, made Liberty National the consensus pick for Least Favourite, a position relabelled as Worst Course on Tour.

Ironically, Cupp, who died last year, and Kite considered Liberty National one of their greatest achievements. Kite had first been alerted to the site in 1992, shortly after he had won the US Open at Pebble Beach. He brought in Cupp, with whom he had been involved in previous designs, to view the property with him. What they saw was dreadful. Kite described it as “flat as a table. Ugly, abused, mistreated.”

It had been a harbour-side oil terminal for nearly a century, the ground infiltrated with petroleum, lead, beryllium and toxic PCBs. In the 1950s, it had served as an ammunition depot. “We were pretty sure any travesty known to man was on this property,” Cupp said.

The cost of cleanup was picked up by taxpayers, and the developer would be allowed to build a course atop the site at its own expense, under strict regulations. In recent years, Liberty National’s price tag has been reported as $250 million. About 90 percent of that figure were Superfund cleanup costs.