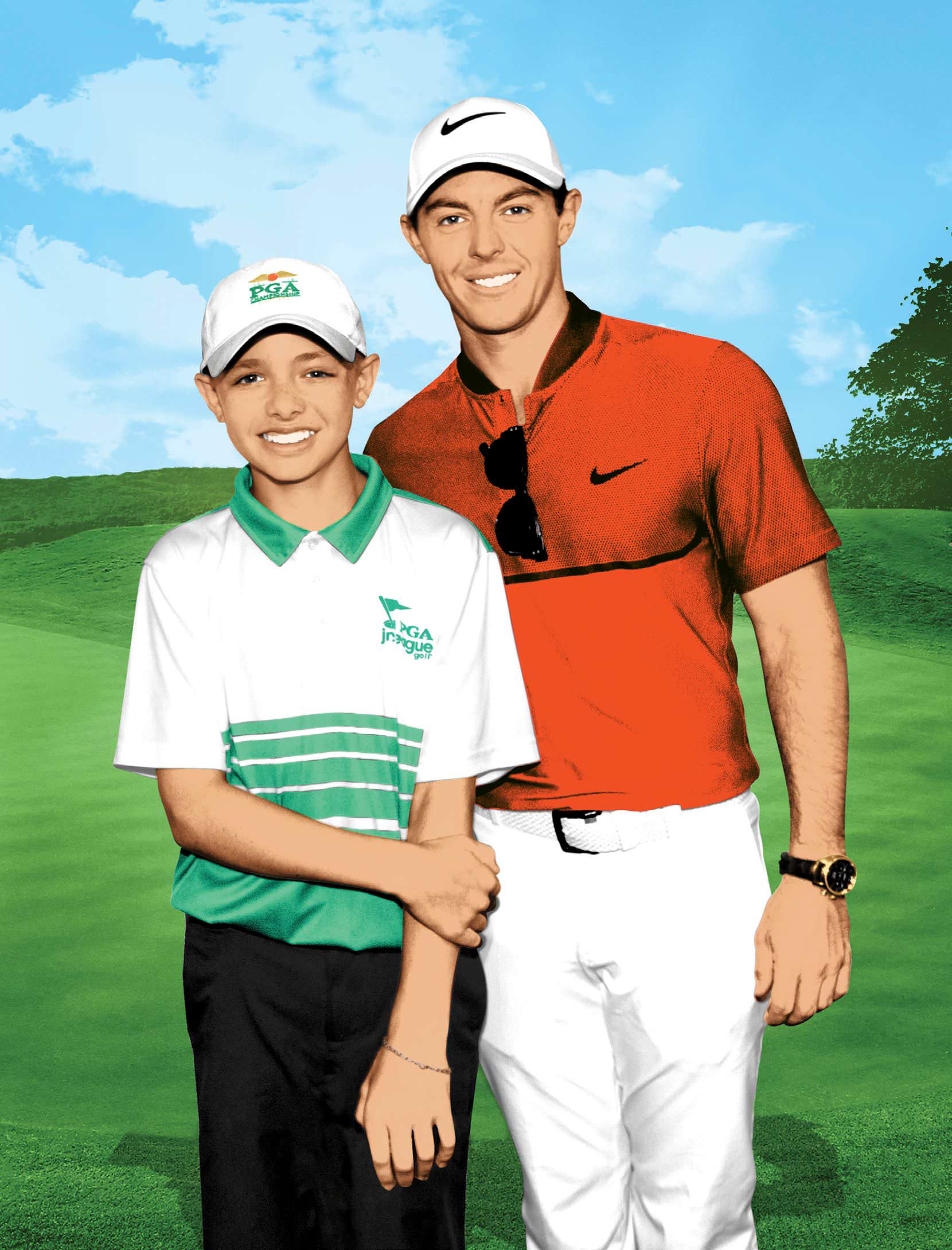 TRADEN KARCH wasn’t necessarily the best player on the team, but the kid had a nose for clutch moments. Like his chip-in on the last hole, or holing a 40- foot bomb. First-year head coach Pete Chimarys had taken to calling him Big Shot Traden, and rather than disrupt the team mojo, he kept putting the slender towhead with the wavy putting stroke in the final group of the lineup. And because Traden’s easygoing manner was best-suited, or simply because they kept winning, he was paired with the team’s only girl, a strong player who outdrove many of the boys.

Though it was just a scramble format tap-in, Traden sank the putt that clinched the team’s berth to the PGA Junior League national tournament in Disney World. A television reporter arrived in time with her cameraman. No one could know then how these few seconds of footage – white jersey No 7 humbly retrieving his ball from the cup amid a mix of juvenile and parental cheering – would take on a life of its own.

That’s because Chuck Higgins of the PGA of America – who ran that regional playoff and whose duty it is to spread the gospel of “golf like Little League baseball” – had used the clip extensively in his campaigning. In the days and weeks after the accident, it wasn’t hard for Higgins to tell people who Traden was. He was the boy from the video.

“Here’s this kid on top of the mountain, and now he’s fighting for his life,” as Higgins said many times.

February 23, 2016, was rainy in Broken Arrow, Oklahoma. The disappointment of finishing eighth out of eight teams at Disney World had faded. Traden was more excited about basketball. His grandfather had picked up him and his younger sister at school. At an intersection, a pickup truck turning left failed to yield. Given the low speeds, it wasn’t the sort of collision where emergency personnel expected serious injuries. But the truck’s raised bumper entered the minivan window at precisely the wrong spot, and Traden’s head received the brunt of the impact.

His sister shouted at him to wake up, wake up. By the time his grandfather got him unbuckled and laid flat, Traden was convulsing from a seizure, and it took considerable effort to restrain him. “It was horrific,” says Chris Karch, the dad. “Several nurses told us, later on, that they never thought he was going to make it to the next morning.”