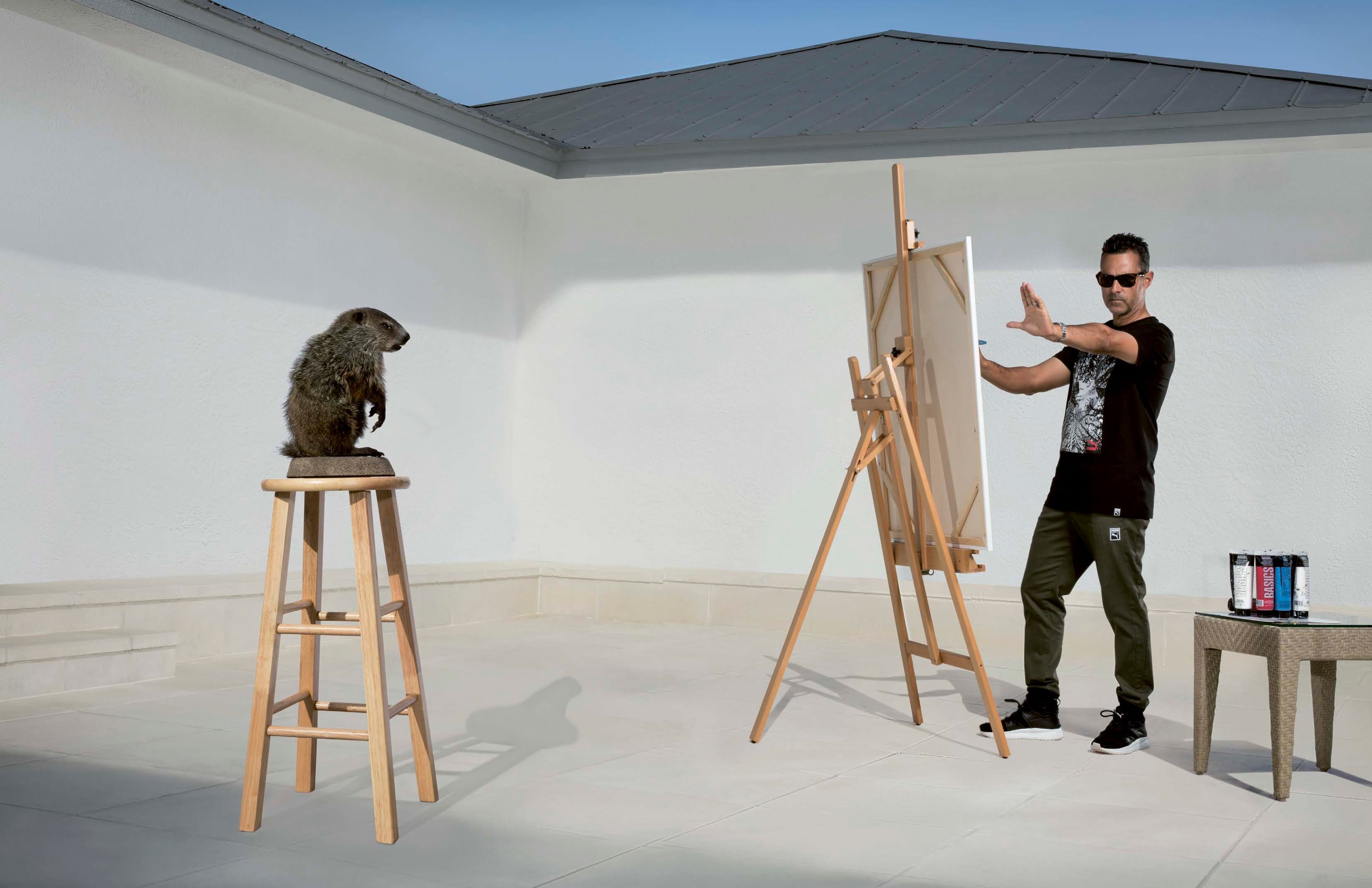 Claude III on his famous family, famous pupils and the blank canvas that was tiger woods.

US OPEN AT PINEHURST, 2014. During practice rounds, players are asking Dustin Johnson his strategy on the par 4s and 5s. On every tee they ask, “What are you going to do here?” His answer was always the same: “Sending driver,” he said, meaning he’s just going to bash driver everywhere. Today it’s part of the vernacular among my guys and my dad’s. Ask Rickie Fowler, Jimmy Walker or even their caddies what they’re going to do on a hole, and they say to each other, “Send, bro, send. Gonna send it.” It’s an inside joke. They all know that nobody sends it like Dustin.

DUSTIN IS THE POSTER CHILD

for everything sport psychologists recommend but what nobody is really able to do. After he three-putted the last hole at the 2015 US Open at Chambers Bay and lost to Jordan Spieth, we all knew he’d be crushed. An hour later, I was in the garage of his rental house, loading up the cars to go to the airport. Dustin came out, looked at me and smiled. “I played so (bleeping) good today,” he said. And that was it. He never mentioned it again, at least not to me.

I’VE NEVER HEARD DUSTIN SAY a bad word about anybody. That’s rare for anybody. In fact, it’s the opposite. Players can get gossipy and bad-mouth each other; it’s no different than any workplace. When somebody starts to go off on, say, a really slow player, Dustin always interrupts to say, “Ah, I think he’s a good guy,” or, “He isn’t that bad.” It’s impossible to make his mind drift to unproductive or unhappy places. For him to shrug off what happened at Chambers Bay and win the US Open at Oakmont the next year, especially with the ruling that happened during the last round, combined with the episode at the (2010) Whistling Straits PGA, I think was one of the most amazing psychological feats in golf history.

BROOKS KOEPKA is not your standard-issue golf nerd. He has all the qualities of an athlete in a pro team sport. He likes having a big team around him. He loves the training, the practice, the physicality of it, the process of getting better. When he plays poorly, he’s like a baseball player who maybe just struck out three times – he doesn’t sulk or dwell on it, he just wants to get in the batting cage with his coach and fix it. He’s not passionate about golf history and doesn’t watch it much on TV. He loves golf simply because it feeds his desire to compete.

MY FAVOURITE COACHING moment came with Brooks. He began the final round of the US Open at Erin Hills one shot out of the lead. Brooks might not be a golf nerd, but he knew this could be the defining moment of his career. In a moment like that the tendency is to play the way others think you’re supposed to play – tactical and a little guarded. That is not the way you want Brooks Koepka to play golf. Just before he left the putting green to go to the first tee, I locked him in. I told him, “Today you are going to be aggressive. Whatever happens out there, play your game. Be you.” Man, was he ever him. You saw the power, the freedom, the fearlessness. He birdied the first two holes. On the back nine, he grabbed the golf course by the throat, made three birdies coming in to win by four. I was so proud of him and took a lot of satisfaction knowing that my message to him was the right message.

It’s a VHS tape, time-stamped August 23, 1993, of the 17-year-old Tiger Woods taking his first-ever lesson from my dad. Tiger and his father, Earl, had driven up to Lochinvar Golf Club in Houston after Tiger lost in the quarterfinals of the US Amateur at Champions Golf Club, which is nearby. My dad was teaching Greg Norman at the time, and Greg had just won the 1993 Open, so Tiger and Earl thought they’d listen to what my dad had to say. I was 24 and just starting out, helping my dad where I could, learning to teach, running video and closely observing his lessons. The three of them were talking, and suddenly Tiger decides to hit balls. My dad was cool on the outside, but inside he was excited. He whispered to me, “Get that video camera going, now.” Tiger was just a skinny kid. He didn’t even have a glove with him, just his clubs and a beat-up pair of golf shoes. What Tiger did that day was historic, the first view of what he could do. The clubhead speed, the sound he made at impact, the ball flight, was unbelievable. Watching Tiger, my dad was quiet for a long time. Tiger was hitting 8-irons so unbelievably high and far, I think my dad had trouble picking up what his clubhead was doing through impact. It was just a blur. You never see Butch Harmon puzzled, so this was a first. When Tiger switched to driver, forget it. More silence from my dad, followed by a very good question: “What’s your philosophy when you swing that club?”

TIGER SAID, “I know I hit it further than everybody, but not always very straight. I just hit it and go find it.” It didn’t seem like a great philosophy at the time, but Tiger was exactly the prototype of what the best teachers are looking for now. Give me 15 juniors, and I’ll take the one who can’t hit the range, he’s so crooked, but who has speed and strength to burn. You can teach a player to hit it straight and to repeat. You can’t teach speed.

AFTER THE LESSON BROKE UP, we didn’t know if my dad would become Tiger’s teacher. On the drive home he was quiet again, lost in thought. I said, “So what do you think?” He said, “I don’t know if I’ll get the chance, but if I could work with that kid, I’ll make him the greatest player the world has ever seen.” One thing that impressed him was, he would tell Tiger to hit a shot he knew he’d have trouble hitting. Tiger would say, “I can’t hit that one, but if you show me how, I can do it.” My dad would give him a thought and a feel, and bang, Tiger would hit it. No matter what it was, he brought it off, first try, on command. Tiger was the kind of blank canvas that comes along once in a lifetime, and my dad knew it.

TIGER HAD CALLUSES on the insides of his forearms. Think about that. He rotated his hands and arms so aggressively through impact, kept his forearms so close together, that they rubbed against each other to the point he’d built up extra layers of skin. Over time, the skin there would crack and bleed. It’s one of a hundred ways Tiger was unique.

AFTER TIGER AND MY DAD decided to work together, Tiger would stay at our house in Houston. I was charged with looking after him. I picked him up at the airport. He never had any money, and I made sure he got out to McDonald’s to eat. I had to wake him up in the mornings, which wasn’t easy. I’d wake him up, go shower, then wake him up again. It was long before he had Lasik surgery, and he had really thick glasses. I remember him fumbling around on the nightstand for them when he finally did get up.