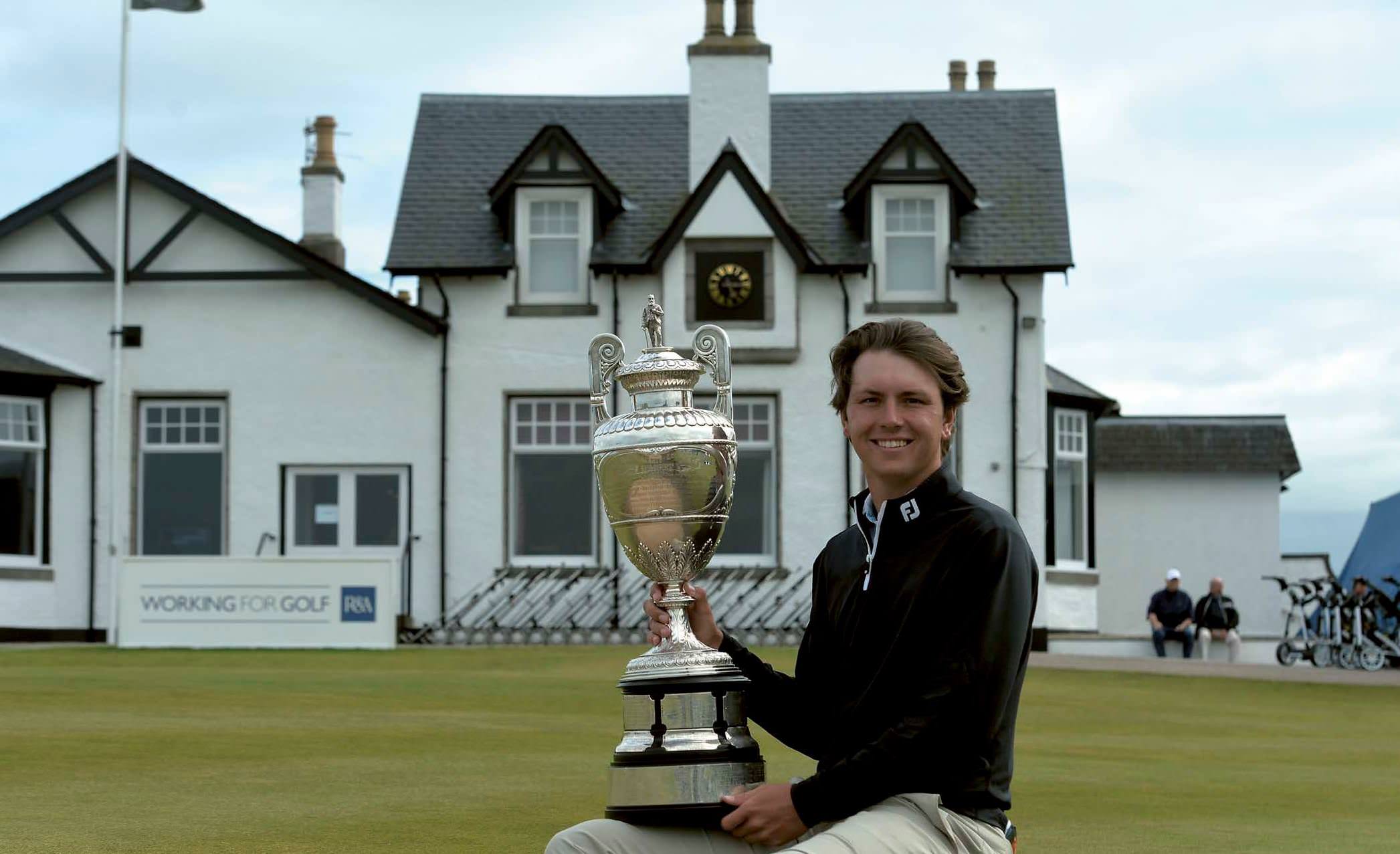 Stuart Mclean
Five SA golfers have won 11 claret jugs at the Open in the last 70 years, yet Jovan Rebula is only the second South African to have won the British Amateur Championship following his success at Royal Aberdeen in Scotland.

For a South African, victory in the Amateur, first played in 1885, is actually more difficult than winning the Open over 72 holes of strokeplay against the best players in the world. Rebula’s achievement is thus historic and highly significant.

Playing in foreign conditions in a matchplay format against a field of largely local competitors who are adept at links golf is a fierce hurdle to overcome. It’s the reason why the only previous SA winner had been Bobby Cole at Carnoustie in 1966.

Rebula, 20, first had to ensure qualification for the matchplay rounds, being among the leading 64 players over 36 holes strokeplay on two different courses, from an entry of 288. He then won five matches in three days to reach the 36-hole final against Irish champion Robin Dawson, winning that 3/2.