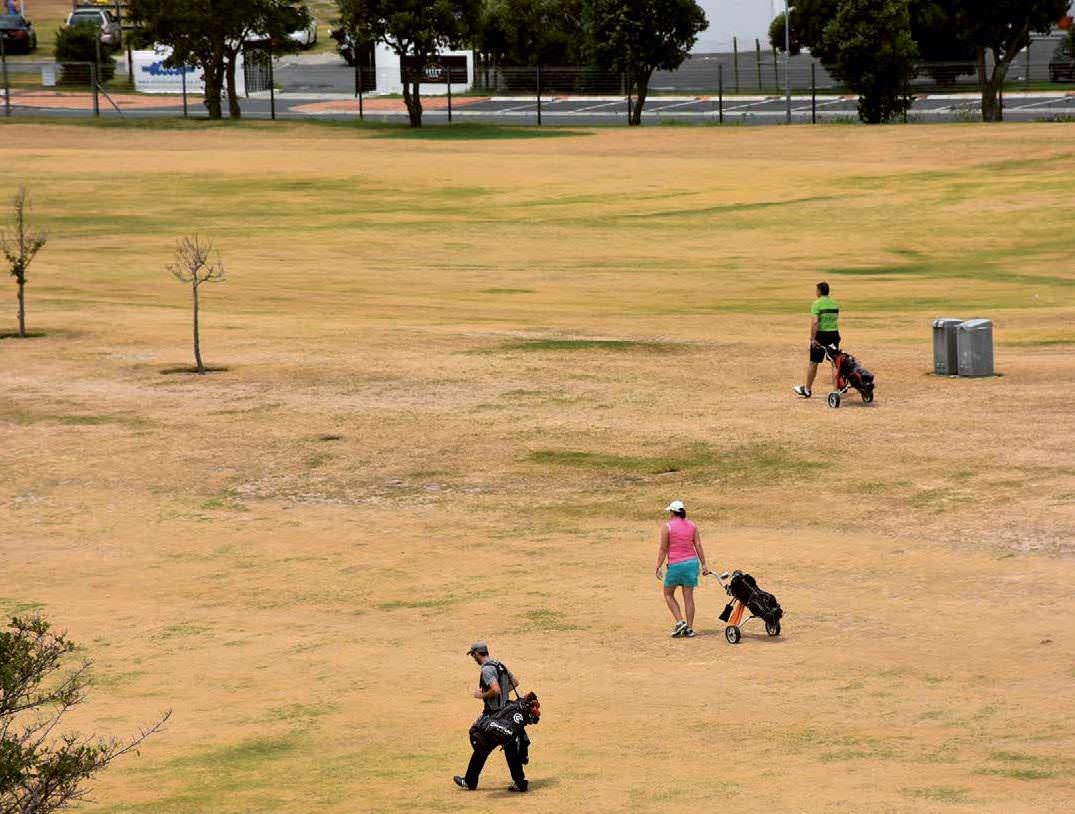 Golfers this summer have reacted with shock, horror and sympathy to the images of sun-drenched courses in the Cape Peninsula and Winelands, affected by the region’s water crisis. When an aerial photo of the Metropolitan 9-holer near the Cape Town Waterfront went viral on social media, showing the stark contrast between dark coloured greens and fairways burned white by the sun, Met members had to assure the outside world that they were very happy with the way their course was playing, and turned down the generous offers to play elsewhere on something greener.

City slickers are so used to playing on lush green golf courses, with wall-to-wall irrigation, that brown courses disturb them. It’s either a sign of extreme drought, or a golf club too poor to afford irrigation. Visually they take getting used to, but drier courses with fairways a lighter shade of green are healthy, very playable, and fun for club golfers, who find themselves driving the ball further off the tee, and hitting crisper iron shots off tighter lies, not spongy ones.

Ironically, before the water crisis led to restrictions, Metropolitan was so over-watered that drives left pitch marks in the fairways, and there was little run. It’s now gone to the opposite extreme, but something in between might be more appreciated by golfers. That scenario applies to several courses in the Cape, where green keepers have to deal with hot, dry, windy summers and in past years have been understandably profligate with water.

Yet the water crisis has not only forced golf clubs in the region to drastically reduce their daily water consumption this summer, but also take a critical look at their future irrigation strategy. Even when the rains return, and water hopefully becomes plentiful again, better management of this resource is needed.