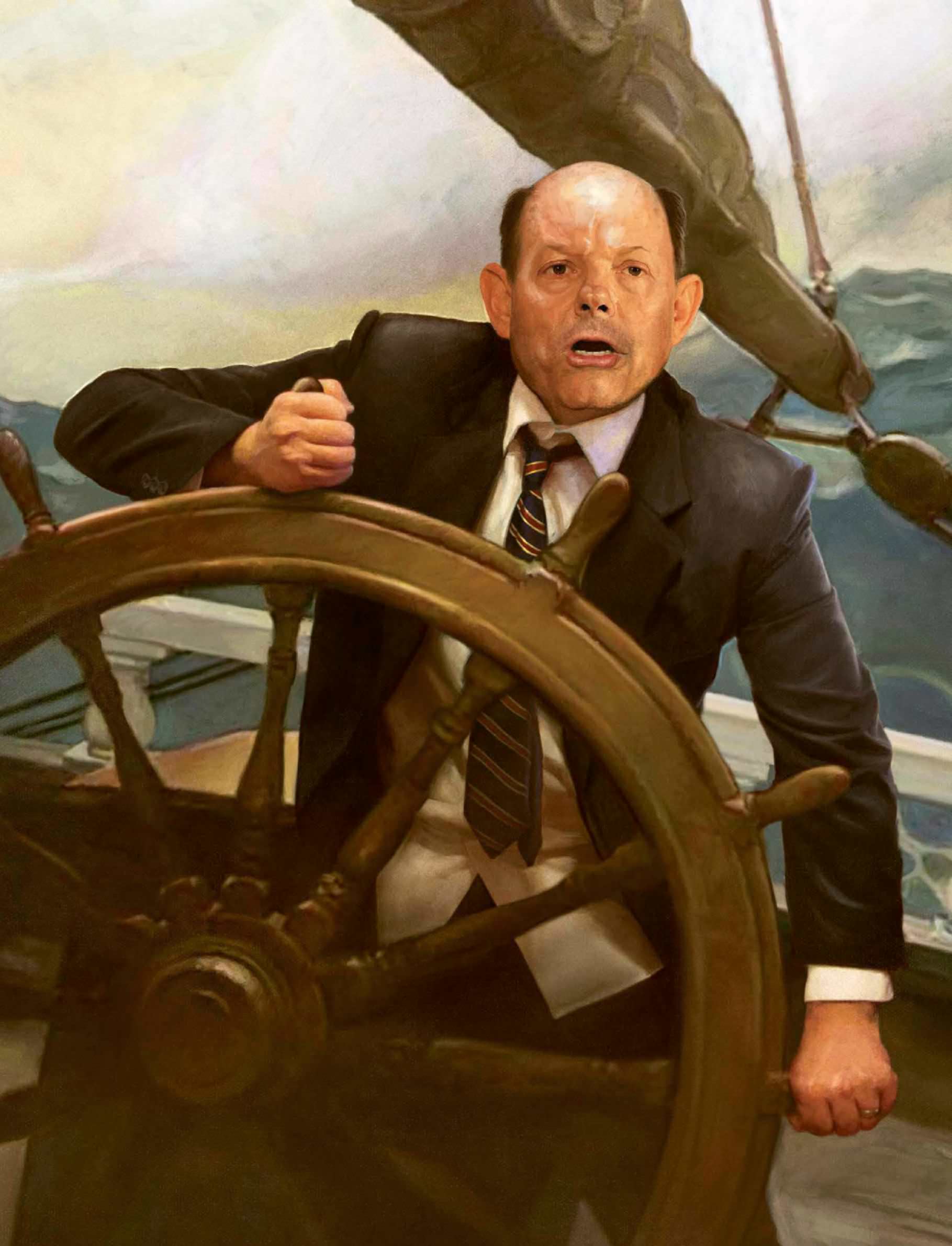 The usga’s mike davis talks about a mission to make golf more fun to play, the distance debate, and the anchoring ban

Whether playing the game or working it, fulfillment has never been a problem for Mike Davis. He joined the USGA in 1990, and in 2006 he took over the course setup for the US Open, a job he still oversees. In 2011, Davis succeeded David Fay as executive director, and in 2016, the title of CEO was added. But Davis’ tenure has come at a time when the game is being buffeted by multiple forces in a shifting culture.

Adding to the challenge have been two recent US Opens in which the USGA was criticised for course conditioning (the greens at Chambers Bay) and administering the rules (Oakmont). It has all thrust the 52-year-old Davis into a more proactive public mode. He shared his candid thoughts on the state of his organisation and the game, riffing on subjects ranging from distance to pace of play to anchoring.

The USGA has changed. I’m going on my 28th year, and in-house there was always the principle that, whether there are five million golfers, 25 million golfers or 5 000 golfers, what we do is for the game. Just this abstract thing that we are all about the game. Well, about six years ago, we changed the mission.

What we’re focused on now is that it’s still the game, but it’s also about those who enjoy playing the game. So it’s about golfers. So when people say, ‘Is the USGA trying to grow the game?’ then yes, we’re now at that point where we’re engaged in those things. We want to collaborate and use some of our monies to be a part of the focus on participation.

But on the other hand, what’s dreadfully missing is the other part, which has become our central focus. Because if you’re trying to bring all these other groups into the game – juniors, women, pick your group – but it’s not enjoyable, and the golf courses can’t sustain themselves, it’s never going to work. You’re going to bring these people in, they’re going to try it, they’re not going to enjoy themselves, and they’re going to leave. I’ve asked my counterparts in the industry, ‘When you bring all these people in, and they’re not staying, why is that?’

It starts with the golf course. What’s enjoyable? There’s no one answer. How I enjoy a golf experience, or how a beginner might, or someone who is an elite golfer, it’s going to be different. But there are certain things. People, by and large, want to play well. Some people want to be challenged more than others. Nobody likes looking for golf balls. So golf courses can present a setup where people are playing from the proper tees, there aren’t a lot of forced carries, the rough is not so high that we’re always looking for somebody’s ball.

Speaking of balls, the rules say you can’t have anything electronic to help you find your ball. Well, why not? Just think about Topgolf, and the chips in those golf balls.

When it comes to pace of play, everybody wants to say that golfers are the problem. They’re part of the problem, but we find that the bigger problem is the golf course and how it’s managed. You’d be surprised at how many golf courses in the United States have their tee times for four golfers set up at intervals of eight, seven, even six minutes. It doesn’t work mathematically. So we’ve gone out with a programme that is really trying to educate owners and operators, telling them you can get as many golfers around in a day by expanding the inter vals. And by the way, everybody is going to have a better experience, and more repeat customers.