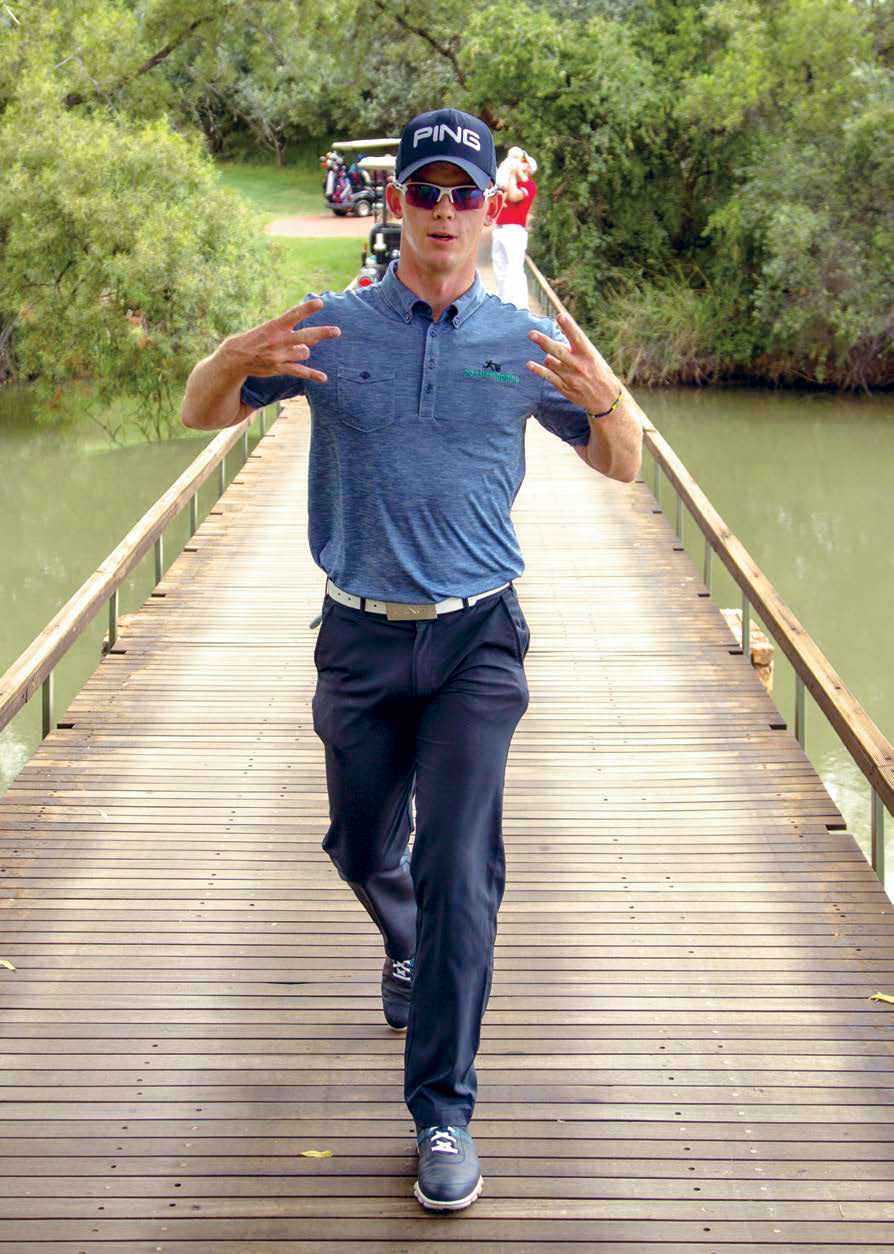 THE SA OPEN CHAMPION ON THE FUN HE HAD AT THE OLYMPICS, THE CUT-THROAT LIFE ON TOUR, AND THE LOFTY GOALS HE HAS FOR 2017.

MY WHIRLWIND YEAR IN 2016 MAY NOT HAVE happened had I not played a shot off the beach in Oman at the European Challenge Tour’s Grand Final in November 2015. In the final round I duck-hooked a tee shot on 12. Because the tide was out, I was able to climb down a bank and play my shot. I saved par and finished sixth on my own. By a margin of one shot that was good enough to claim my card for the 2015-16 European Tour season.

TWO WEEKS LATER I scored my maiden professional win at the Cape Town Open. But if you had told me then that I would be returning to Royal Cape in 2016 as the SA Open champion, and a member of SA’s first Olympic golf team, I wouldn’t have believed you.

THE OLYMPICS WAS NOTHING like I thought it would be. I was expecting a normal European Tour event – but it was the most festive, incredible environment I had ever been part of. I was in the gym early one morning and on the treadmill next to me was Serena Williams. The spirit among Team RSA was amazing, and (athletes) Wayde van Niekerk and Akani Simbine were in an apartment next door to myself and Jaco (van Zyl).

UNFORTUNATELY THE SA SPORTS Confederation and Olympic Committee (SASCOC) is far behind compared to other countries. It’s not an organisation to be complimented. However, they have an amazing person in Jean Kelly, the executive manager, who did absolutely everything, from fetching food for horses in Rio’s harbour, to making sure the javelin poles were transported safely. I was introduced to SASCOC president Gideon Sam, but it was clearly an effort for him to shake my hand, as he did so without eye contact or saying a word. It was a total slap in the face.

SASCOC TOLD GOLF RSA a month before the Games that they hadn’t done anything for golf; no apparel and no golf bags. We were given oversized casual wear with a tracksuit that I had to get tailored in New York during the US PGA, and we looked like ninja turtles. However, I simply have to be in Tokyo for the 2020 Olympics. That is a massive goal for me.