The Most Low-Profile, High-Profile Swing Coach In Golf 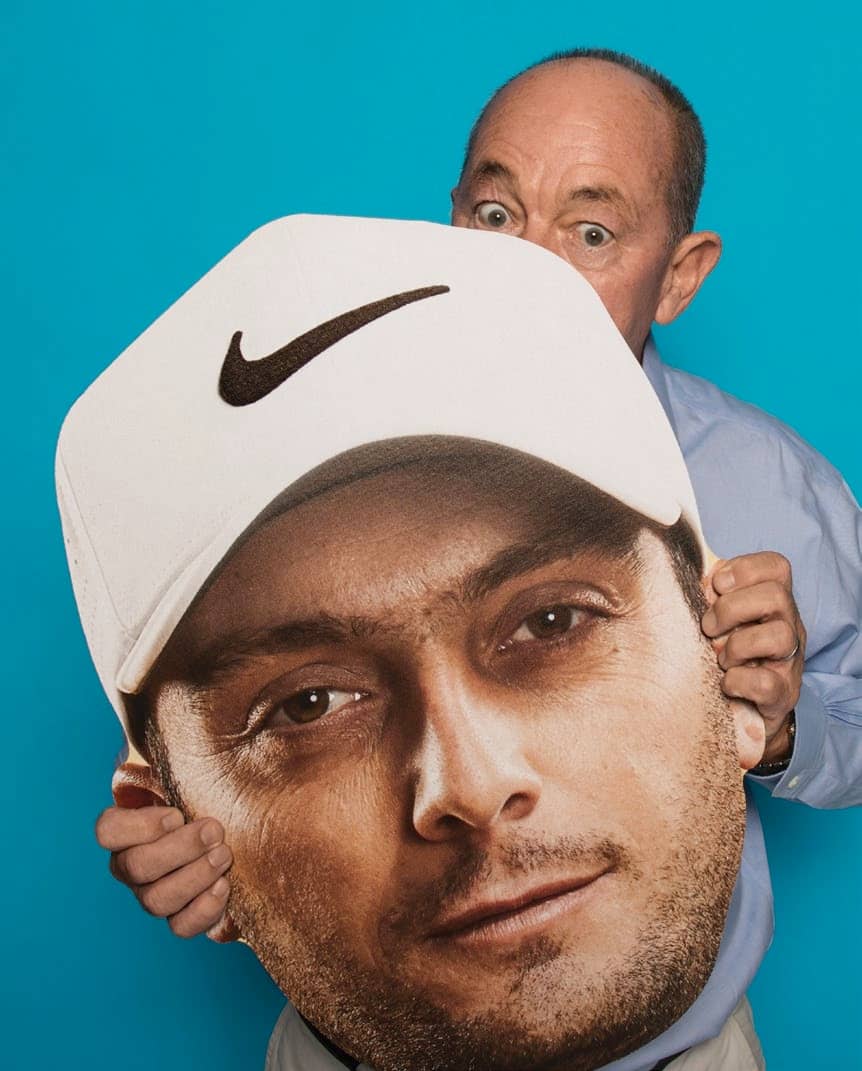 Look closely and you’ll spot him. Not front and centre. But Denis Pugh will be there on the range at a professional golf tournament, most likely standing quietly nearby as Francesco Molinari hits shots. Pugh might step forward now and then and offer a few words to the 2018 Open champion he calls “my best work.” But there will be no preening or posturing for any watching cameras. It will be all business—quiet and efficient. That has forever been the way of things for Pugh, who is perhaps the most low-profile, high-profile swing coach in the world of golf today. Which is odd. A glance at Pugh’s history reveals a number of well-known names and, even more significant, a variety of swings and personalities that have graced the international game during the past three decades. In addition to Molinari, Pugh, 64, has at various times guided the likes of Frank Nobilo, Colin Montgomerie, Ross Fisher, Peter O’Malley, Greg Turner, Wayne Riley, Mike Harwood and Peter Fowler to success around the globe.

Surprisingly, as far as Pugh’s coaching is concerned, O’Malley’s is the name that is perhaps the most significant on that list. In a more than 30-year professional career, the Australian is most famous for three things: playing the last five holes on the King’s Course at Gleneagles in seven under par to win the 1992 Scottish Open, defeating Tiger Woods in the first round at the 2002 World Match Play Championship, and ball-striking that is legendary for its quality and consistency.

“No one in the history of golf has missed more 10-foot birdie putts than Pom [O’Malley’s nickname],” his friend and compatriot Mike Clayton once said, simultaneously paying tribute to O’Malley’s teeto-green play and revealing the fatal flaw in his game.

More glibly, Molinari has been labeled “Pom with a putter.” The pair share strikingly similar stocky builds and a propensity for fullswing consistency. Did O’Malley help prepare Pugh for the work he has done with the first Italian to win a major championship?

Yes and no. Times have changed, as, by necessity, has Pugh’s teaching, something that leaves the native of Essex, England, more than a little ambivalent.

“Pro golfers who don’t hit the ball 300 yards or so through the air are not competitive today,” he says. “Part of Francesco’s preround warm-up is to blast three balls as hard as he can. Is that good for his game? Yes, for the game as it is now. But it isn’t the game I grew up with.

“It was different before. No one has ever hit the centre of the clubface more often than Pom. Or found the middle of more fairways. If Pom was playing the regular tour now, he would have gone for power more than accuracy. He would have had to do that to survive. And that’s the difference. Francesco was prepared to risk all in the search for more power. Because that’s all that counts these days.”

Pugh then expands on Molinari’s routine.

“Francesco actually hits three to five shots at full speed with a variety of clubs. He starts each warm-up with five 8-irons to get his swing underway. At that point, he’ll hit five more 8-irons, each one at a different speed. He has three: training speed, level two and level three. I ask him to hit each shot at those different tempos. Then he moves up to a 6-iron. Same drill. And after that, based on the shots he has just hit, we proceed depending on what we think he needs to work on. That’s where the TrackMan comes in. Then he goes to his driver. Same thing with the five shots. He’ll hit most of those at level two, which is what he uses on the course. Level three is used to see what speed he can get to. Next up is his 7-iron. He hits five shots with that club. Never more than five. He’s basically winding down. Then he goes into targets, all pre-measured by his caddie. He’ll hit one shot to each target, or a group of three to one target, each time measuring how close he is. So the first part of the warm-up is to create speed. The second part is to test accuracy.”