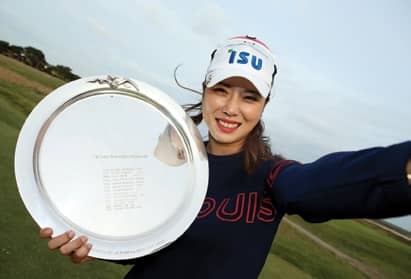 For the first time in 6 years, 6 months and 26 days, Hee Young Park is an LPGA Tour champion.

The 32-year-old from the Republic of Korea survived a four-hole playoff with countrywomen Hye-Jin Choi and So Yeon Ryu to win the 2020 ISPS Handa Vic Open at -8 overall. It is Park’s first victory since the 2013 Manulife Financial LPGA Classic and also comes just months after she nearly quit the game rather than face a trip to LPGA Q Series.

“I wasn’t going to Q-School because I thought this is enough. But I tried the Q-School, made the Q-School, finished second,” said Park, who now makes her home in Los Angeles. “That kind of gave some other confidence. And then I just want to (have) the rookie-year feeling, you know? Back to refreshed.”