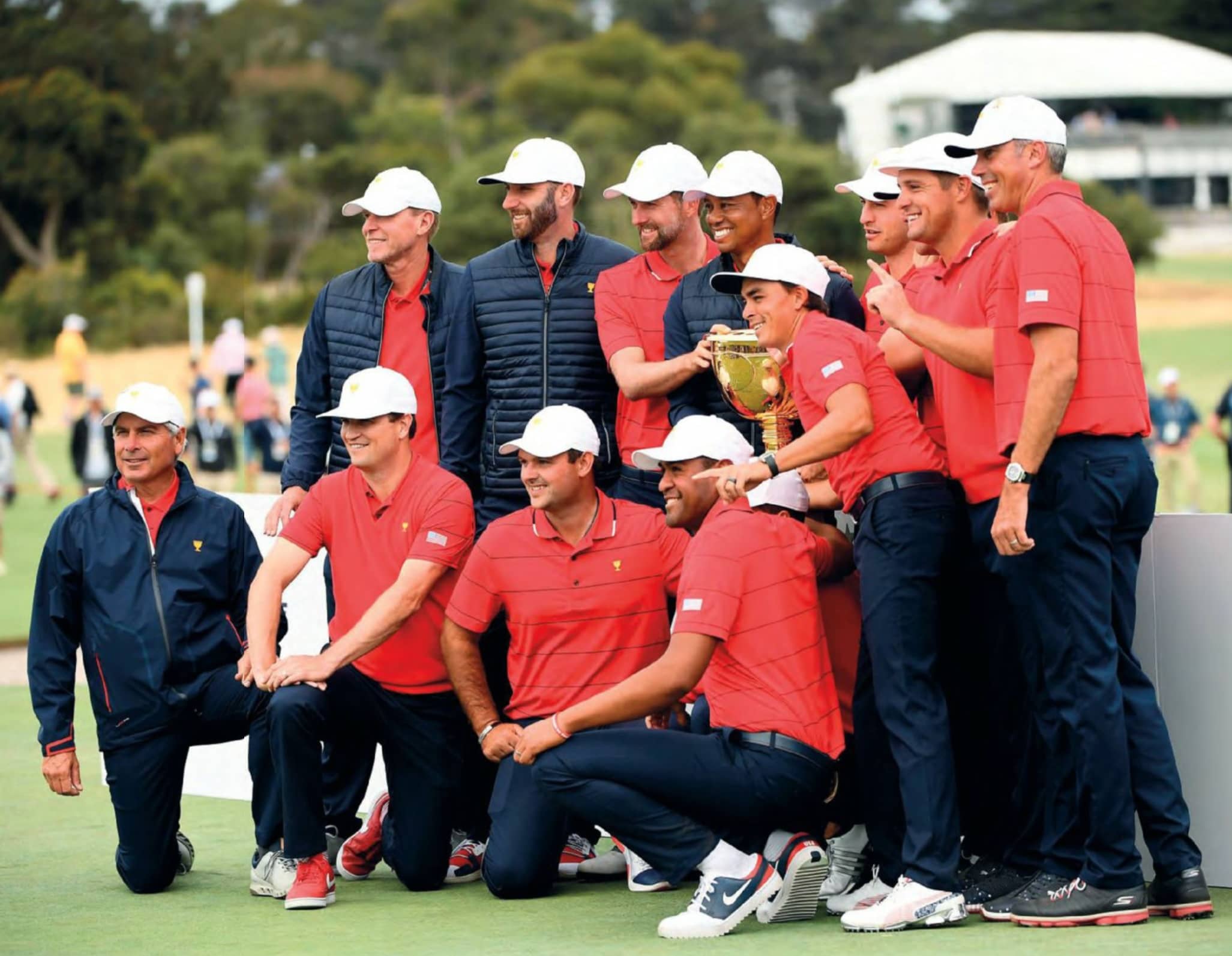 Tiger Woods' United States produced a stunning turnaround to deny the Internationals a first Presidents Cup in 21 years, dominating the singles on a tense final day that went to the wire at Royal Melbourne.

Veteran Matt Kuchar was the hero, with his winning putt on the 17th in the penultimate match enough to ensure victory, sparking wild celebrations from playing-captain Woods, who set the tone by getting the first point on the board.

It was a crushing loss for Ernie Els' young Internationals who led for the first three days of the biennial matchplay event. They went into Sunday's 12 singles matches with a 10-8 lead but Patrick Reed and Dustin Johnson were among those racing to big early leads as the scoreboard became swathed in US red.

At one stage the Americans were ahead in nine matches, and world number five Dustin Johnson ensured a second point, crushing Li Haotong 4 and 3.

It ended a difficult Presidents Cup for the first Chinese player to take part, Li was overlooked for the opening two days and never looked at ease. Patrick Reed's caddie was banned after shoving a fan on Saturday as tensions boiled over following the controversial American's penalty for improving his lie in the Bahamas last week.

The former Masters champion turned to his swing coach to carry his bag and raced to six-up through seven holes against Taiwan's CT Pan in front of taunting fans before closing out a 4 and 2 win.

The US were on a roll and Tony Finau came from four down after 10 holes to snatch a half point on the final green against a stunned Hideki Matsuyama of Japan.