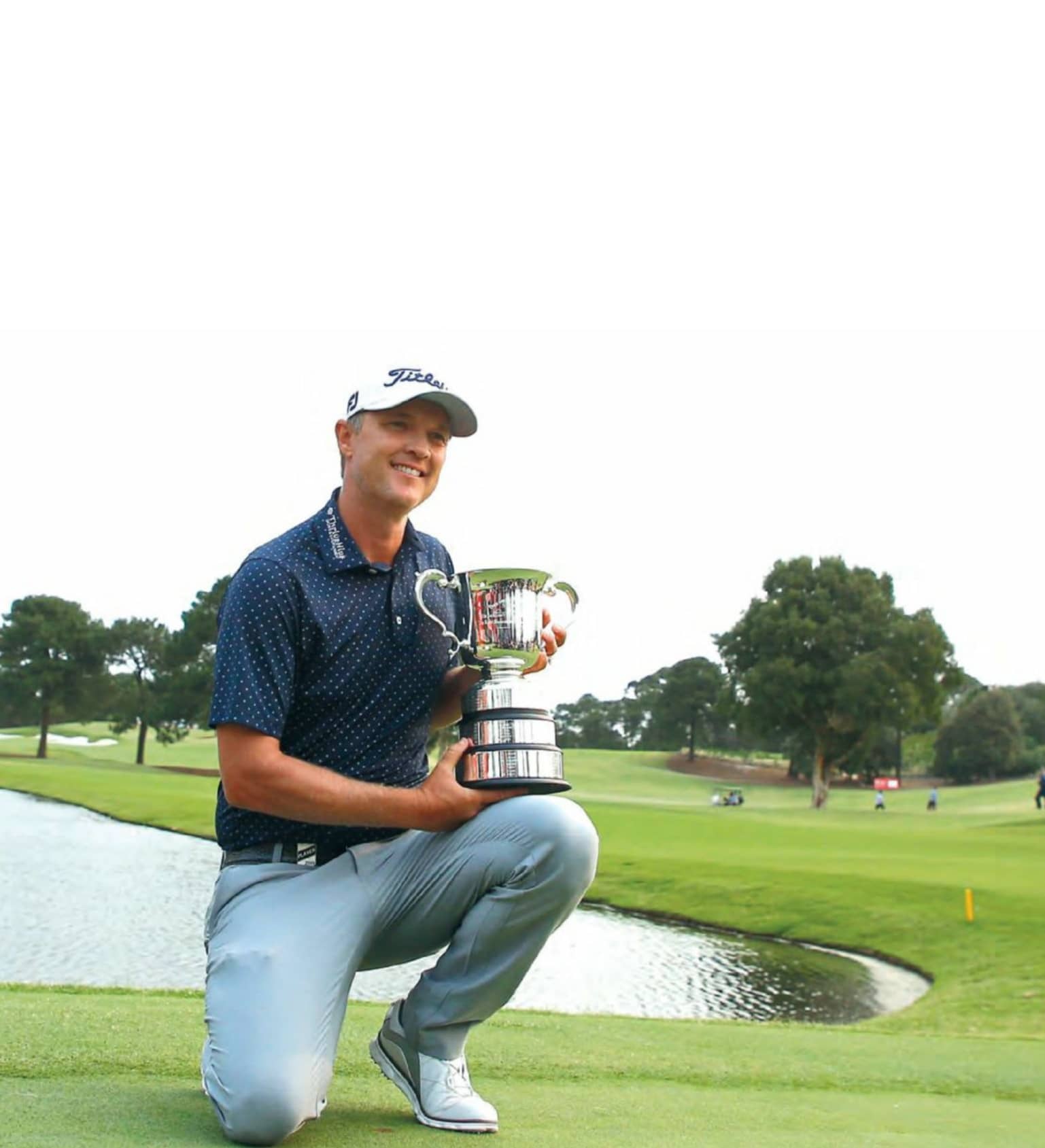 Aussie Jones holds off charging oosthuizen for the win

Matt Jones joined an elite few as he won his second Australian Open Sunday, resisting big pressure on the back nine from South African Louis Oosthuizen to clinch victory by a shot.

The 39-year-old, who grew up playing at the Australian Golf Club in Sydney before taking his game to the United States, stroked a final round 69 to book a place at the 2020 Open Championship at Royal St George's.

He joins the likes of Aaron Baddeley, Jordan Spieth, and Robert Allenby among his contemporaries to have won two Stonehaven Cups.