The Hero Who Danced With Mayweather And Death Returns Home 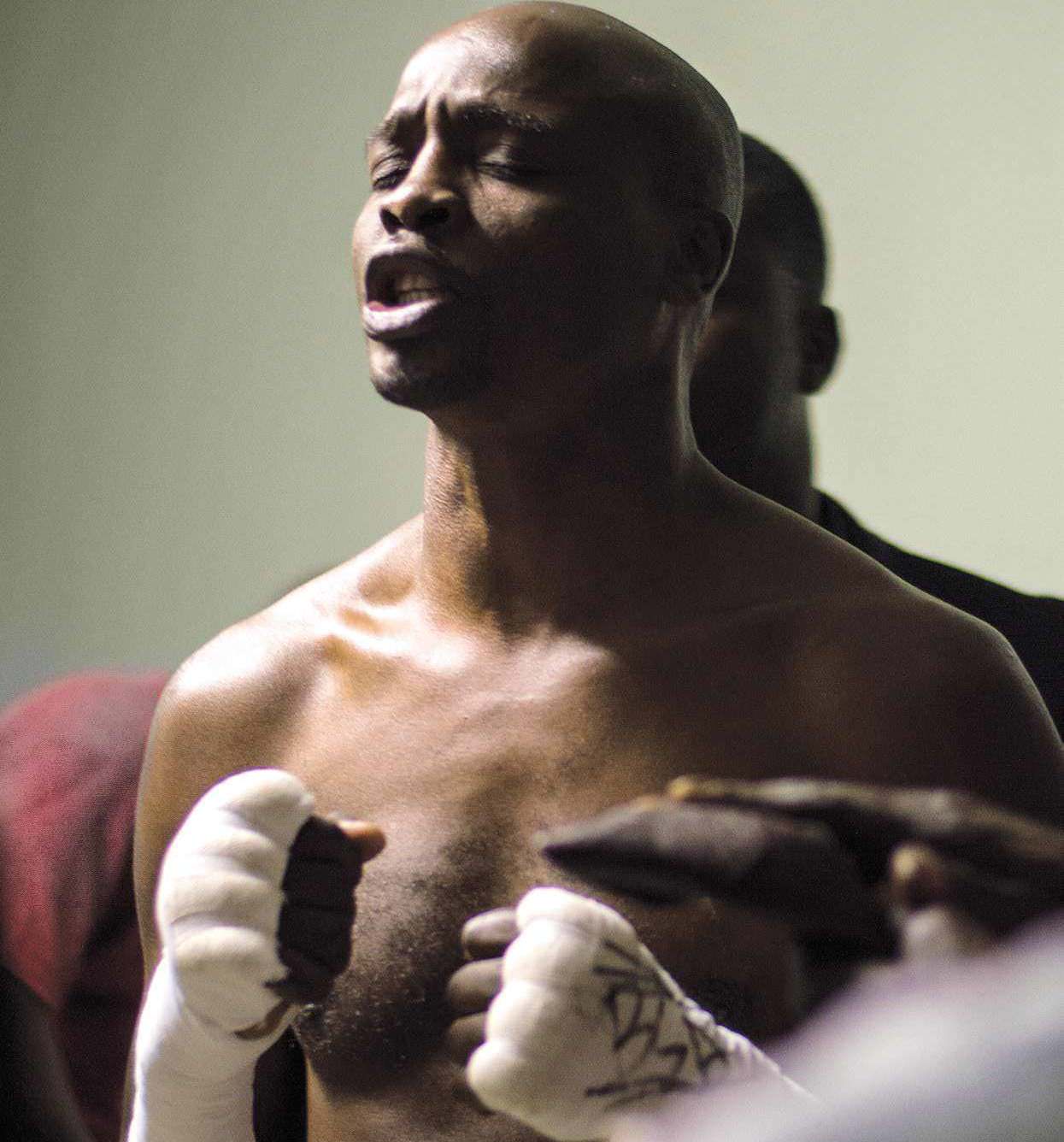 It was a night that belonged to an African champion who danced with the most dangerous boxers in the world and survived. An emotional homecoming for the only African to have fought Floyd Mayweather.

At dusk on this warm evening, Phillip ‘The Time Bomb’ Ndou was ready to go off. In a red gown with white flowing frills, he felt like a king. He danced his way to the ring with the chutzpah of a boxer at the MGM Grand in Las Vegas. But this was Thohoyandou, in rural Limpopo, in South Africa, 500 kilometers north of Johannesburg and a million miles from the rest of the world. Through a cacophony of ululations and chants in Tshivenda, Ndou stepped into the ring for the first time in his hometown after a lifetime as a professional.

Boxing fans journeyed from Johannesburg for this fight that is in the heart of the Venda people. People from these parts are accustomed to a different type of boxing, called musangwe, hosted by the Venda king in Gaba Village, near Thohoyandou, every December. Musangwe is tough bare-knuckle boxing with no weigh-in restrictions. This is where Ndou landed his first punch as a young boy growing up in Golgotha Section, a few kilometers from Thohoyandou.

“I have always wanted to fight at home but that never happened for almost 20 years. My manager and promoter, Promise [Moyo], made it possible for me to live my dream,” says Ndou.

Moyo, a civil servant for 15 years, is now the director of Skylon Promotions that promotes Ndou and four other professional boxers.