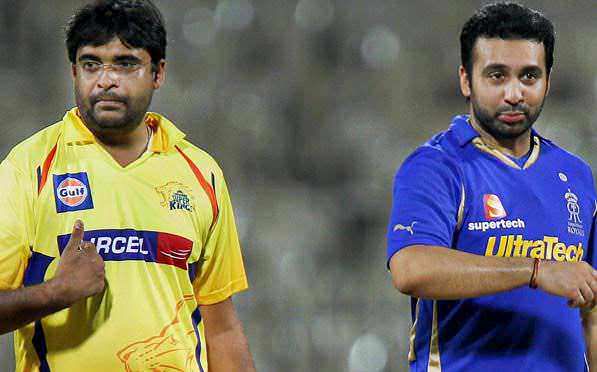 The action against the owners of two IPL teams that followed an inquiry into charges of betting is yet another opportunity to clean up Indian crickets Augean stables.

Sometimes the doctor prescribes exactly what the patient wished for. Two years before the current cyclical season of the cricket circus, the first Indian Premier League (IPL), comes to a close, a committee that had to decide on the quantum of punishment for wrongdoing on the part of owners of two teams, has recommended that India Cements Limited (ICL; owners of Chennai Super Kings) and Jaipur IPL Cricket Limited (JICL; owners of Rajasthan Royals) be suspended. The period: two years. The committee also imposed life bans on the Super Kings’ principal, Gurunath Meiyappan, and the Royals’ Raj Kundra.

Contrast this with the response to what seemed a rather innocuous crime of deflating footballs at the professional National Football League (NFL) in the United States: The NFL fined a team $1 million and docked them their 2016 and 2017 fourth-round picks five days after the release of an inquiry report, which found it “more probable than not” that two team personnel were involved in a scheme to deflate footballs before the American Football Conference Championship game, Boston.com reported on May 19. In 2006, the football club Juventus was relegated to the Italian second division as punishment after it was implicated in the country’s match-fixing scandal. Many more teams have faced similar fates.

In India, cricket is a religion, but action against wrongdoers is sporadic or non-existent. The present “punishment” is intended to be more than a wake-up call, but might not amount to much. After all, people, including fans of the game, elected to the Lok Sabha a cricket captain who had been held guilty of match-fixing. Besides, the silence of some of the most revered names in Indian cricket seems to indicate that the gravy train is as much on track as ever.

Of the top cricket stars, Rahul Dravid was the first to react. The India A Coach said: “There is a blot on cricket’s image when such issues arise. But the verdict is a way forward.” On July 14, just half an hour after the final One Day International between India and Zimbabwe began, the Justice R.M. Lodha committee suspended for life Gurunath Meiyappan, and Raj Kundra from any cricketing-related activity of the Board of Control for Cricket in India (BCCI). “Once it is accepted that cricket is bigger than individuals or [a] body of individuals then financial loss that may be caused to few players or franchisees may not be of significant consideration while taking disciplinary action or for imposition of punishment for wrongdoing,” Justice Lodha said. “The BCCI which is managing the game of cricket in the country has to give an important place to the disciplinary role (this role is being discharged by this committee in the present matter as mandated by the Hon’ble Supreme Court) so that purity of game remains a central element,” he added.

The committee, comprising retired Supreme Court judges Ashok Bhan and R.V. Raveendran besides R.M. Lodha, a former Chief Justice of India, had examined in detail Meiyappan and Kundra and the franchises they were part of for their involvement in the IPL 2013 betting/ corruption scandal. Its brief was to decide the quantum of punishment on the basis of the BCCI’s rules. The committee proposed to impose sanctions on ICL and JICL and suspended both for a period of two years. Apart from the life bans on Kundra and Meiyappan, the committee declared them ineligible to participate in cricket for five years.

On Meiyappan, principally three issues arose for the consideration of the committee: (1) Whether operational rules and code of conduct are inapplicable in the facts and circumstances of the case and the disciplinary action can be taken only under the Anti Corruption Code (2) If the answer to issue No. 1 is in the negative, whether applying the more drastic rule is against Article 14 of the Constitution of India and the principles of equality (3) Having regard to the misconduct found against Meiyappan, what should the punishment be.