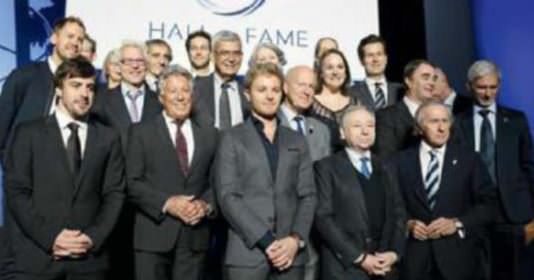 It was one of those “Why-on-Earth-has-no-one thought-of-this-before?” occasions: many of the great and the good of Formula 1, past and present, attending the official opening of the FIA Hall of Fame. Watching them gather around the FIA’s Parisian headquarters on a December evening, I was gripped by a feeling this should have been done while many of those represented here by family members were still alive to witness it.

So it goes almost without saying that such a homage – to the 33 people who have achieved motorsport’s highest honour since the FIA Formula 1 World Championship was inaugurated in 1950 – is long overdue. That a long succession of FIA presidents failed to celebrate their achievements in this simple yet prestigious manner is unfathomable. Full credit to current FIA president Jean Todt for initiating the project.

And this is only the beginning. This first phase is focused on F1, with a dedicated area in the entrance hall of the FIA’s HQ on Place de la Concorde celebrating the champions’ exploits via memorabilia and audio-visual touch screens. Provision has been made for expansion, and the hall will be open to fans, free-of-charge.