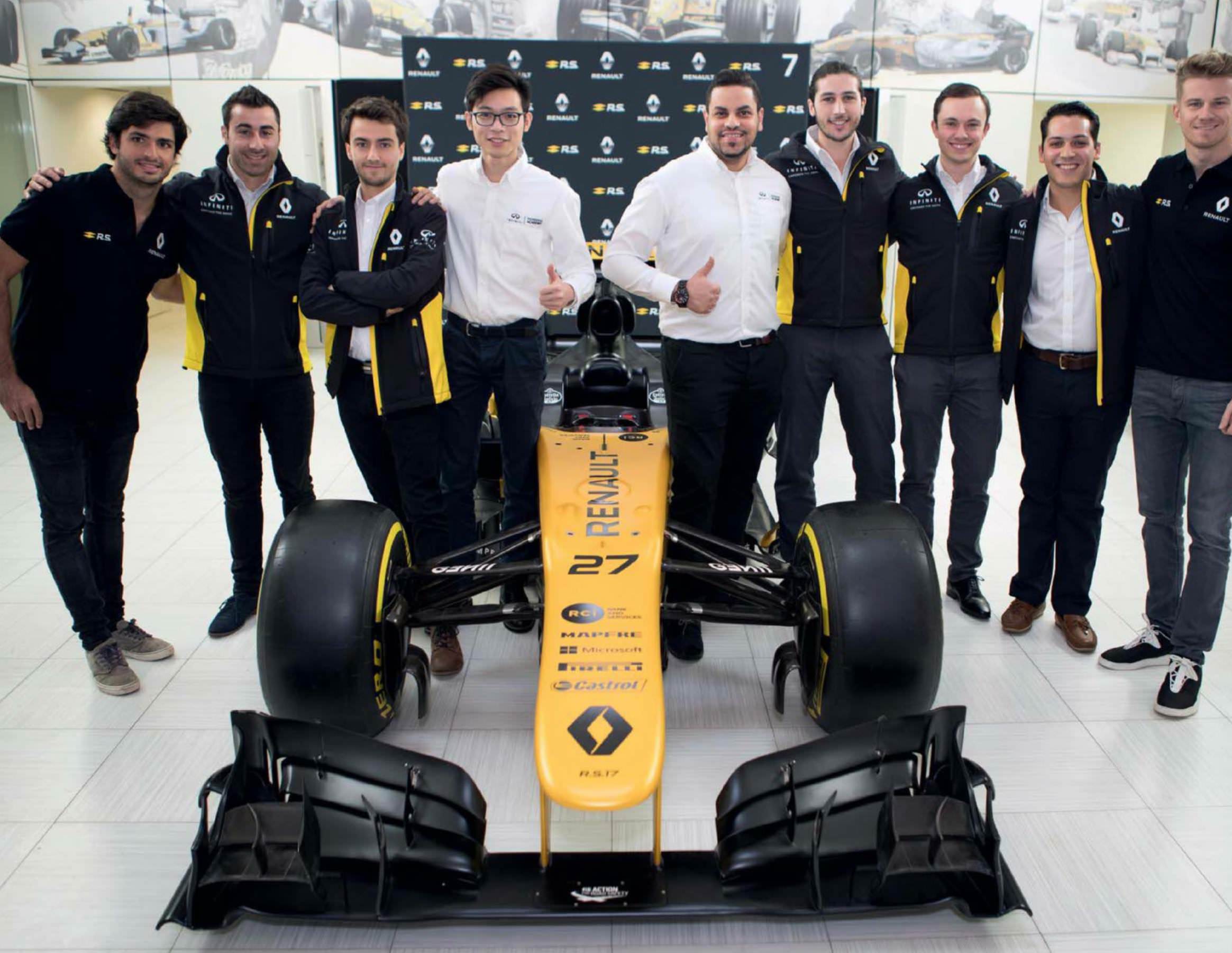 When the 2018 Renault Sport F1 car fires up for the first time, there will be some very proud engineers within the team and a handful of them will be pinching themselves.

For a couple of the young engineering students, the sight of the first Formula 1 car they have helped build will be the fulfillment of a lifelong dream.

You can lay the blame at Lego. Those small building blocks that ignite a passion for problem solving, when combined with a passion for motorsport, can create engineers that want to work at the pinnacle of their profession.

But such is the competitive nature of F1 that getting the chance to fulfill a childhood ambition is extremely rare and opportunities to get a foot in the door are fleeting.

But there is hope for young budding engineers across the globe. The INFINITI Engineering Academy (IEA) was launched in 2014 and the prize for the seven regional winners (from the US, Canada, Mexico, Europe, Middle East, China and Asia-Oceania) is a six-month placement at Renault’s F1 team in Enstone and another six months at INFINITI’s Technical Centre in Cranfield.

Those young engineers who have successfully demonstrated the right qualities of dedication, hard work, team spirit and ambition have gone on to secure full-time contracts at Renault, proving the academy is genuinely finding future engineering talent.

“It all started with Lego,” says Jacob Debono, winner of INFINITI’s Engineering Academy Asia-Oceania regional final last September. “I starting making kits when I was young and it just developed from there. I helped create a solar car while studying at university and now I’m working on aero parts for the new Renault car. It’s amazing to have come this far in such a short space of time.”