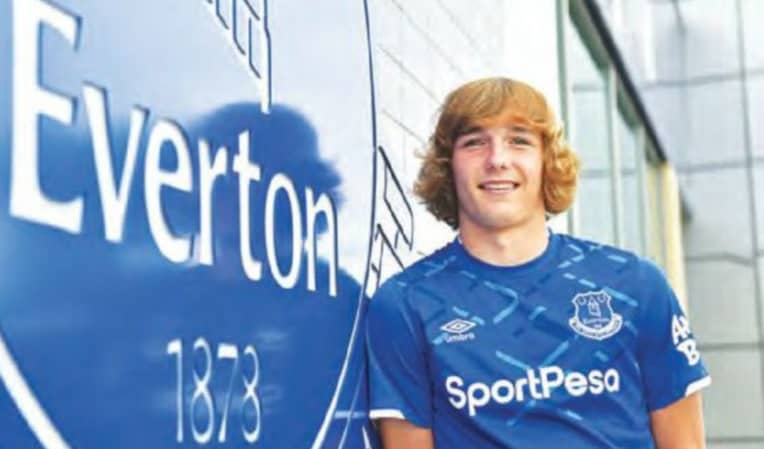 Lifelong Evertonian Lewis Warrington credited the Club’s “immense support” after his progress was rewarded with a first professional contract.

Wallasey-born Warrington, who joined Everton aged six, has penned a deal with the Blues until the end of June 2022.

The 17-year-old says the exceptional coaching he has received throughout his time in the Academy has been key to his development.