Richarlison Commits To Everton And Vows To 'Honour' Blue Shirt 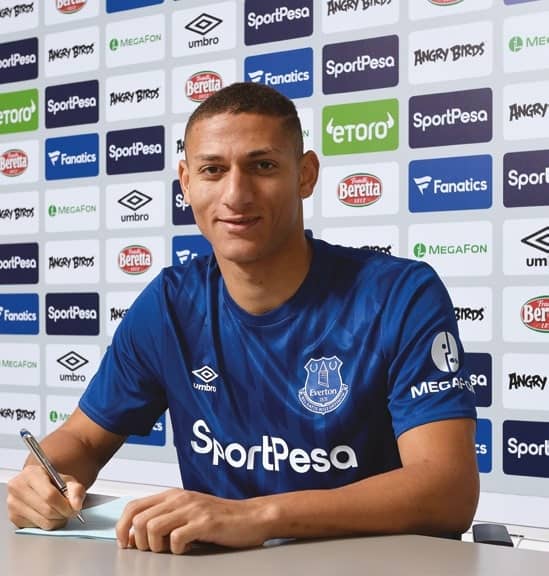 Richarlison has put pen to paper on a new long-term Goodison Park deal.

The Brazilian’s contract extension ties him to Everton until at least summer 2024 – 16 months after he arrived in a high-profile transfer from Watford.

Richarlison scored his 20th Everton goal in 50 starts against Leicester City on Sunday and has amassed 19 Brazil caps since making his national team debut two months after joining the Club.

The 22-year-old pointed to the faith invested in him by Everton - and the overwhelming support from fans - as key factors in his decision to commit to the Blues long-term.

“I intend to be here a long time,” Richarlison told evertontv.

“This was the club which gave me the opportunity to show my football.