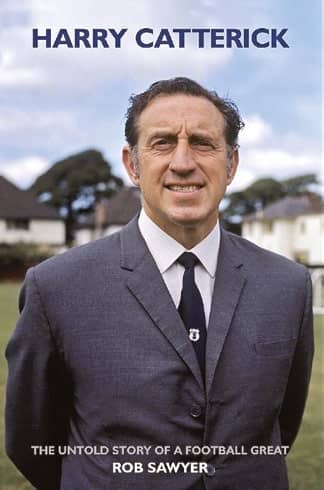 The People’s Club Lounge at Goodison Park was the venue for the event on 22 November, which took place just days before what would have been Catterick’s 100th birthday.

Hosted by Everton FC Heritage Society member, and former Liverpool Echo sports editor, Ken Rogers, four of Catterick’s former players were in attendance – Derek Temple, John Hurst, Jimmy Husband and Terry Darracott. Joe Royle was on the guest list, too, but business at Wigan Athletic prevented him from attending and he sent his apologies.

Ronny Goodlass, an apprentice professional at Everton when Catterick was the Blues’ manager, was also present as was 1987 League title winner Ian Snodin.

One of the special guests on the night was Catterick’s daughter, Joyce, who spoke lovingly of her late father and confirmed she is still a regular attendee at Goodison Park on matchdays.