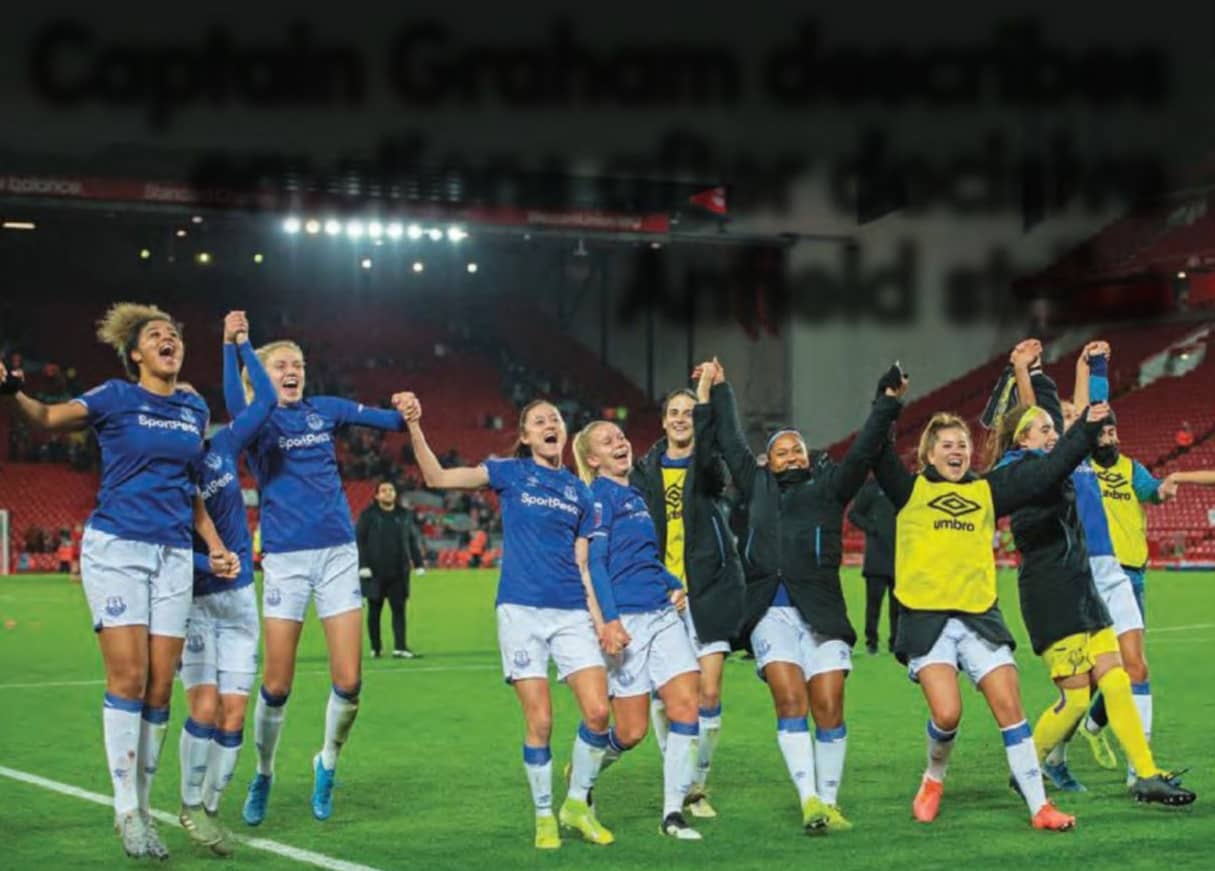 Lucy Graham said she was “lost for words” after hitting the winner in the first-ever women’s Merseyside derby to be hosted at Anfield.

Everton captain Graham struck at the Kop end in first-half stoppage time last Sunday as the Blues won 1-0 to move up to fourth in the WSL.

The match was played in front of more than 23,500 fans and was one of a number of high-profile WSL showdowns in the first-ever Women’s Football Weekend, which will become an annual event to celebrate the women’s game.

Scotland international Graham paid tribute to the strong contingent of Evertonians who enthusiastically backed the Blues at Anfield.

Asked her about her emotions after scoring the game’s decisive goal, she said: “I’m speechless - I’m just lost for words!

“I’d like to say a massive thanks to the fans for backing us in such numbers – they were definitely like an extra player.