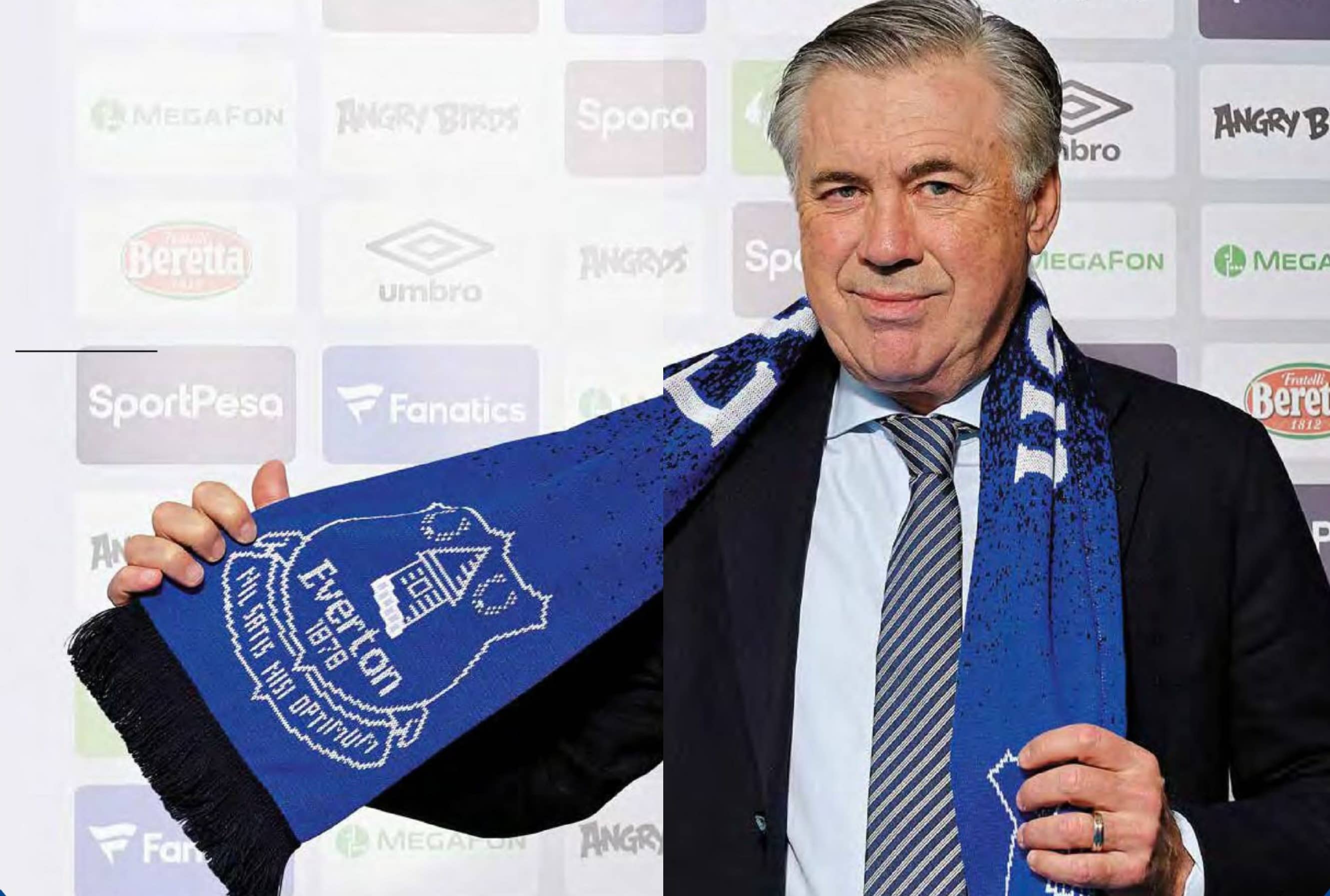 As Carlo Ancelotti gets ready to lead Everton for the first time this afternoon, the Blues’ new manager outlines why he’s excited by the Club’s blend of tradition, passion and ambition.
PAUL McNAMARA

Carlo Ancelotti placed his elbows on the table, leant forward and for the following 15 minutes remained on the front foot, striking a forceful note which will be music to Evertonians’ ears.

“Nothing is impossible in football,” concluded Ancelotti, stripping down the message he’d conveyed throughout the Italian’s opening press conference after being chosen as the 18th man to manage Everton.

Ancelotti was inevitably probed on the lure of Everton, the question initially asked in bare terms and subsequently dressed up in various guises in pursuit of a different response.

The Club’s “tradition and history” featured in Ancelotti’s explanations. The future, though, was top of the serial winning 60-year-old’s agenda.

“Ambition” was Ancelotti’s watchword, his belief in Everton’s vision underpinned by the “clear idea” to which he’d been introduced for how the Club want to achieve success.

It felt relevant when Ancelotti, unprompted, spoke about the Club’s new home at Bramley-Moore Dock and his wish to be the man leading Everton through the front door.

Pertinent, too, when he compared his challenge at Goodison Park to the one which confronted him at Paris Saint-Germain in 2011.

There is a line of thinking around Ancelotti that his piece de resistance involves applying the final touches to deliver success to a club.

Closer inspection reveals otherwise. Ancelotti’s AC Milan finished sixth in Serie A in the season before he wrapped his hands round the reins.

In Paris he was hired to end the club’s extended wait to rule the land. Ancelotti won Ligue 1 in his first full season in charge in 2012/13 – landing PSG their first title in 19 years.

“The project was really good at and that was what attracted me to the club,” said Ancelotti.

“It is the same with Everton. 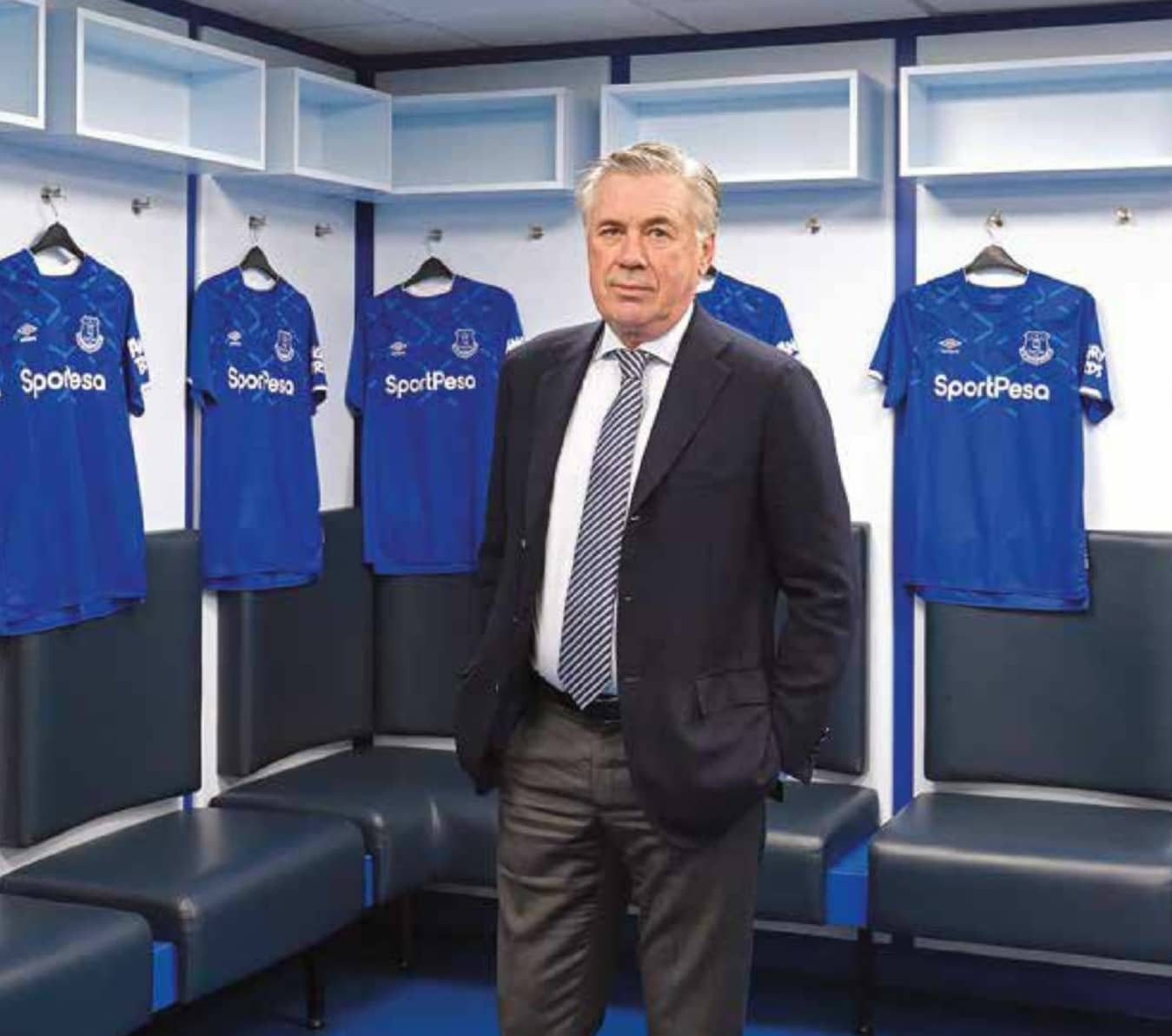 “Of course, the tradition and history of the club is an attraction.

“Everton is one of the biggest clubs in England.

“But I managed in the Championship in Italy in the beginning [in his first season in management in 1995/96 Ancelotti led Reggiana out of Serie B], then Parma, which is not a top, top team.

“I like teams with ambition and a clear idea of how to reach success.

“The training facility at USM Finch Farm is fantastic.

“The fact the Club wants to build a new stadium shows they have a clear idea of how to improve and achieve success.

“It takes time, I don’t know how long, of course. “It would be good for me to be here when the new stadium opens.”

Ancelotti has a ready smile, a disarming manner. The corners of his mouth pointed upwards after explaining his motives for coming to Everton.

“Those are the things which attracted me,” he emphasised.

Ancelotti’s opening press engagement on Monday was hosted in Goodison’s Alex Young sweet, the new boss expounding on his club’s potential in a plush suite named in honour of the Golden Vision.

The setting, then, felt appropriate.