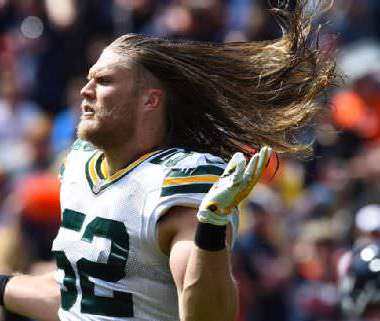 The Packers desperate gamble in 2014 to salvage their D has turned Clay Matthews into an entirely new breed of monster.

Hustling through a twisty corridor deep inside Lambeau Field, Clay Matthews strides toward the players’ parking lot with the chilling, outta-my way intensity he normally aims at quarterbacks. The Pro Bowler’s explanation for racing off after this Friday practice includes a bit of breaking news: He’s trying to make a last-second appointment with his—gasp—hairdresser. A Packers employee and a reporter trail the linebacker, and the news stops all in their tracks, including Matthews. He massages the striped wool cap covering his iconic blond locks and imagines the apocalyptic-level response this news might inspire in Hollywood, on Madison Avenue and especially here in Green Bay, where just yesterday the local TV news led with a segment about stores selling out of the new Clay Matthews Christmas tree ornament.Matthews spins around and throws up a hand—wait. Just a trim, he clarifies with a chuckle. A little light grooming in preparation for his infant son Clay IV’s baptism in California, during the Packers’ bye week.

For the past seven seasons, Matthews’ trademark tresses have been everywhere: from a cameo a cappella battle this summer vs. the evil Das Sound Machine in Pitch Perfect 2, to the NFL sack leaders list this fall. Before Week 5, there was even a decent facsimile of Matthews’ locks streaking across the practice field in St. Louis: The Rams prepped for their game at Lambeau by having scout-team linebacker Daren Bates don a Christina Aguilera–style wig to help quarterback Nick Foles and the St. Louis offense identify Matthews’ whereabouts. (For good measure, this season Matthews has also added a beard that, honestly, makes him look like a cross between Vincent van Gogh and Yukon Cornelius.) 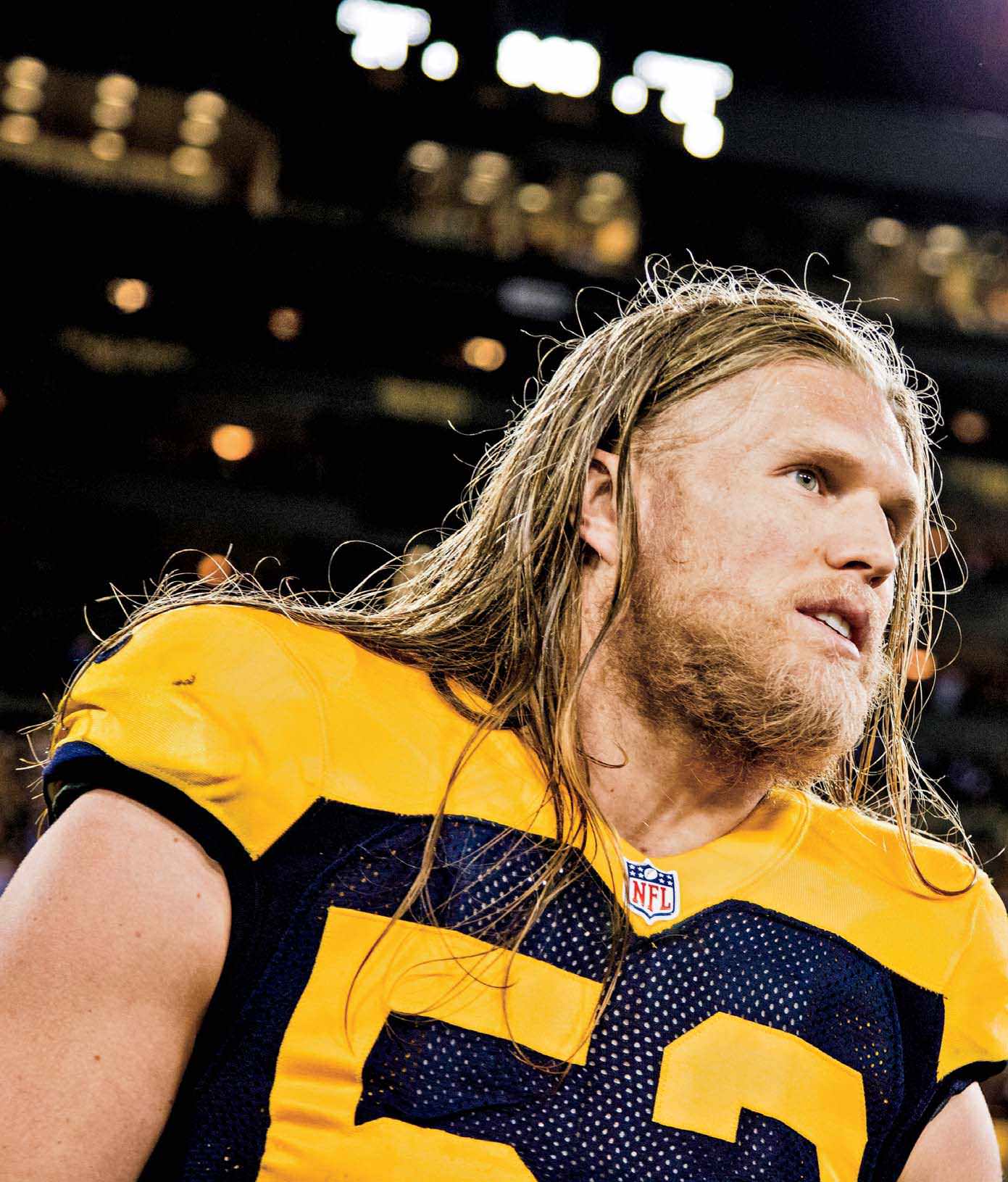 Even with these follicle clues and Bates’ method acting, the Rams couldn’t keep track of Matthews,who in the past year has made the unprecedented  switch from edge-rushing specialist to do-it-all inside linebacker. Terrorized from every spot on the field, Foles completed just 11 of 30 passes and threw four picks while being sacked three times and hit 14, including a gruesome helmet-first,sternum-cracking torpedoing that earned Matthews a $17,363 fine. That interaction was only slightly less painful and humiliating than what Matthews put Colin Kaepernick through a week earlier, when he co-opted the kiss-the-biceps celebration of the struggling 49ers QB and reminded the poor guy over an open field mic “You ain’t Russell Wilson, bro!”

Matthews’ switch to inside ’backer, which began as a gamble to kick-start the Packers’ defense a year ago, has indeed grown into something bordering on the extraordinary: an evolutionary leap in linebacker play that has transformed Matthews into a versatile Swiss Army knife and a front-runner for defensive player of the year while elevating the Packers, who started 6–0, into Super Bowl contention. In the age of the NFL specialist, Matthews’ move is unparalleled. Nobody with five Pro Bowls under his belt just changes positions like swapping a hairstyle and gets … better. Matthews’ 13 sacks in his past 14 games through Week 6 was third most in the NFL during that stretch, behind the Texans’ J.J. Watt (16) and the Chiefs’ Justin Houston (14). “Clay has evolved into something completely new,” says Packers assistant head coach Winston Moss, 49, who played 11 NFL seasons as a linebacker. “He’s whatever’s next, the Terminator nobody has an answer for yet.”