The Exclusive Story Of How The Feds Took FIFA 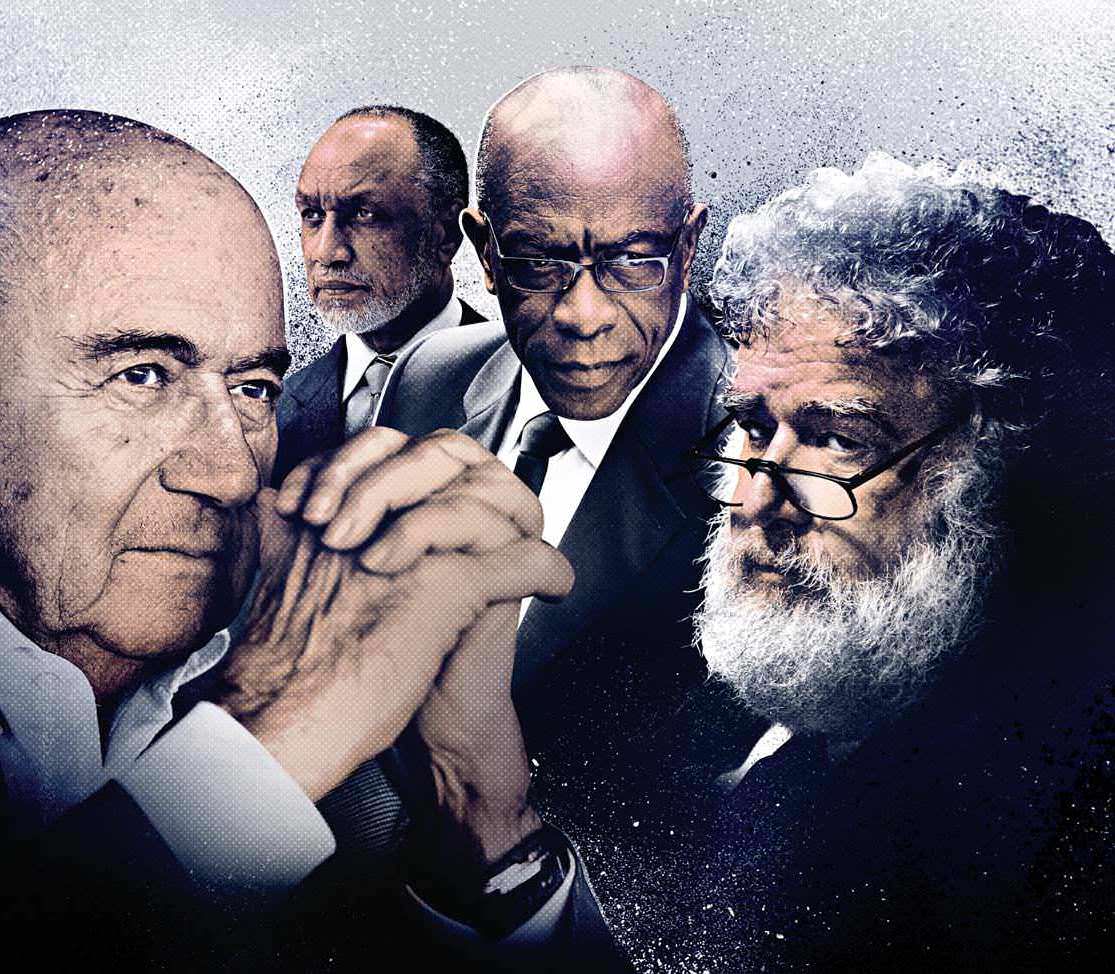 The exclusive account of how a small band of federal agents and an outsized corrupt official brought down the sports world’s biggest governing body.

Chuck Blazer looked out the window of his $18,000-a-month Trump Tower apartment, with its view of New York’s Central Park. Most tourists on Fifth Avenue below could only dream of his kind of high-rise life. But after years of lavish excess, he was no longer fixated on the trappings of his success. On this day, standing only in an adult diaper as a small team of FBI agents prepared to wire him with a recording device, Blazer just wanted to stay out of prison.

The native New Yorker hardly resembled his image as a statesman of soccer—an infamous bon vivant who made so much money for the game’s international governing body, FIFA, that he was hailed as its virtuoso deal maker. He dined often with sheikhs and heirs at the trendiest restaurants and attended society events with a rotating cast of striking companions. His personal travel blog pictured him with the likes of Bill Clinton and Vladimir Putin and Miss Universe. At 400 pounds, with an unruly white beard and mane, he looked like Santa Claus, talked like a bricklayer and lived like a 1-percenter.

Blazer’s big secret, as he looked down on the Manhattan streets, seems so obvious now: He had embezzled his fortune through kickbacks and bribes. And the people who would uncover the scam were with him today, in his apartment, about to dispatch him to take down FIFA.

THERE HAS NEVER been anything quite like the FBI’s investigation into global soccer, which resulted in a series of high-profile arrests starting in May 2015. But so far, only the barest outline of the case has been made public. Wiretaps and  classified debriefings remain under seal, as do the identities of confidential informants and the grand jury proceedings that have left 25 FIFA officials facing criminal charges. U.S. Attorney General Loretta Lynch has appeared at just two news conferences to discuss the case.

Nonetheless, ESPN has compiled the clearest picture yet of the government’s infiltration of FIFA. Over the past six months, ESPN obtained internal FBI emails, scanned confidential Justice Department documents and interviewed dozens of top-level sources who worked inside FIFA, the U.S. Department of Justice and global law enforcement. What emerges is the inside story of how Blazer helped the FBI penetrate a syndicate that he had in part made massively corrupt.

It isn’t far from Trump Tower to the Rego Park section of Queens, where working-class New Yorkers shoehorn themselves into redbrick apartment buildings and where Blazer, in the 1950s, would rush home from school to work in his father’s stationery store. Later, after he had made his millions, he would reflect on the self-doubt that existed deep inside him. It was almost, friends say, as if he felt he didn’t deserve the heights to which he’d risen.

After earning an accounting degree from NYU, Blazer married his high school sweetheart and joined her family’s business: a button-making factory. By the mid-1970s, he was a suburban New York dad spending his weekends coaching his son, Jason, in soccer. Soon, Blazer became fascinated by the sport’s potential for growth in the U.S. He began as a grassroots volunteer administrator with an eye on making the game his career.

By the early 1980s, Blazer had a regional executive post, which enabled him, at the age of 39 in 1984, to sponsor the United States Soccer Federation’s annual convention, just so he could get face time with its delegates. That same year, he was elected the USSF head of international competition. Breaking with the group’s genteel traditions, Blazer began strong-arming promoters to get the men’s national team more matches. He barreled into meetings so he could sit beside influential men like Robert Kraft, who was working to bring the 1994 World Cup to the U.S. But Blazer’s irascible style ultimately ruffled feathers, and he was out at the USSF.

The aspiring mogul next tried to launch a 10-team soccer league and hoped to capitalize on America’s anticipated entry into the 1990 World Cup in Italy, its first appearance in decades. But according to the online magazine Buzzfeed, the league’s owners ousted him upon learning that he was paying himself more than their entire $50,000 team payrolls. A stint helming a team, the Miami Sharks, ended in another debacle: Executives discovered that Blazer spent their startup capital on luxury hotels and other lavish expenses. He skipped out of town, and by 1990, unchastened, he looked even farther south to revive his career, to Guatemala and one of the six regional bodies that compose FIFA.

Blazer knew all about the Confederation of North, Central American and Caribbean Association Football, or CONCACAF. He’d attended its meetings when he was with the USSF, and he knew it was a sleepy FIFA subsidiary laden with aging bureaucrats. He also knew it was just the place to make his name, so he schemed to field his own candidate for the confederation’s presidency, Jack Warner, a former Trinidadian schoolteacher who was a rising political star in the Caribbean soccer world. Through Warner, Blazer would secure his own ascent.

Warner’s populism and organizing abilities impressed Blazer, and on a trip to Port of Spain to watch the U.S. team defeat Trinidad and Tobago, Blazer visited Warner’s home to pitch his plan. Blazer told the 46-year-old that he could only go so far in his present job as the head of Trinidad’s soccer federation; he should think about stepping up to run CONCACAF.

With Blazer urging him on, Warner won a landslide victory by pledging to use soccer to enrich the poor and give power to his Caribbean colleagues. But then Warner shocked his supporters by moving the group’s headquarters to Trump Tower in Manhattan—and naming Blazer his second-in-command. 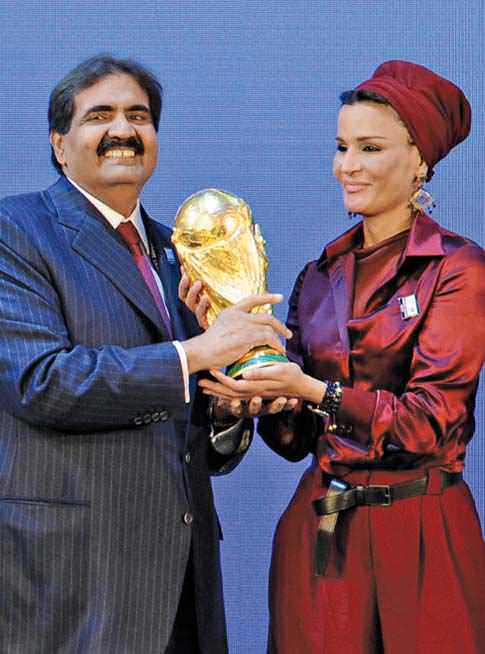 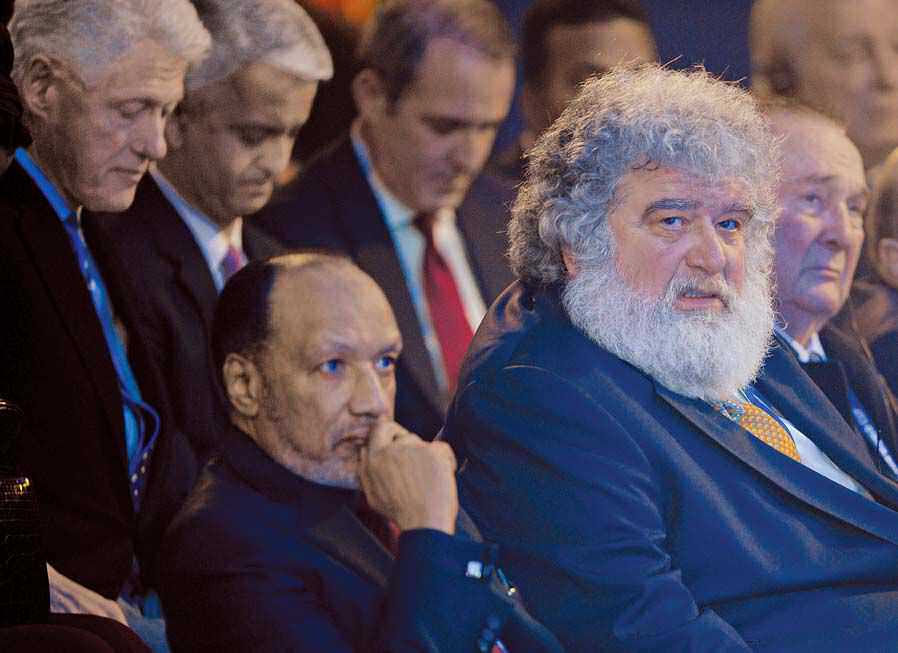 At least initially, it seemed a shrewd move. Blazer saw untapped gold mines in the cities that CONCACAF had ignored. He stayed up night after night developing a tournament he called the Gold Cup, to determine a federation champion. This was an instant hit and helped boost CONCACAF revenues sevenfold in its first year, to $1 million. By 1997, Blazer was making so much money for CONCACAF that Warner rewarded him with a prized perk: a seat that Warner controlled on FIFA’s highest council, its 24-member executive committee, or ExCo.

The council was starved for ideas, and Blazer seemed to have a million of them. When the German company that held FIFA’s marketing rights went belly-up, Blazer forcefully argued that FIFA should manage its own rights rather than go through a middleman. The move established a multibillion-dollar gusher of marketing fees. Blazer also launched the Confederations Cup—a competition that included, among others, FIFA’s six regional governing bodies—and the FIFA Club World Cup, a global tournament.

Suddenly, Blazer was jetting to FIFA headquarters in Zurich so the most powerful men in the game could profit from his advice. And like many of them, he helped himself to the spoils. Using his accounting degree, Blazer sent millions of dollars in CONCACAF revenue through a maze of shell companies to offshore accounts in the Cayman Islands and the Bahamas, where he owned a condo at the Atlantis resort. He also looked the other way as Warner stole millions in FIFA grants that were meant for a sports center he was building in Port of Spain.

It was hard to tell which partner in crime had more hubris, but Blazer lived the larger lifestyle. In addition to occupying the $18,000 a-month Trump Tower property, he charged CONCACAF for a smaller one next door, reportedly for his cats. He also held a standing table at Elaine’s, an Upper East Side restaurant where actors and mobsters mingled with cops and reporters, his driver waiting outside as he entertained dinner dates, some dressed in the lavish gowns he kept in his apartment for just such occasions. (He’d divorced in 1995.) To the tourists vying for tables at Elaine’s, Blazer was clearly somebody. But even regulars were hard-pressed to explain precisely what he did. “We all knew he was the only American in FIFA,” says Anne Beagan, a press officer for the FBI who hung out at Elaine’s. “The big joke was, ‘What’s FIFA?’”

His blog, Travels With Chuck Blazer and Friends, transformed from a collection of family photos to a chronicle of his time with world leaders: Nelson Mandela and Desmond Tutu and Pope John Paul II. There was a series of shots with Vladimir Putin, whom Blazer met in August 2010 when he traveled to Moscow to inspect the sites that Russia proposed as part of its bid to host the 2018 World Cup. In fact, Blazer liked to tell a story about how he checked into the Ritz-Carlton, across from the Kremlin, and was whisked to a private meeting in the Russian Federation office building. There, Putin himself interrupted the discussion to welcome Blazer: “You look like Karl Marx,” the then-prime minister deadpanned before giving Blazer a high-five. A moment later, Putin turned serious, telling his guest that securing the World Cup was a signature priority. “Let us show the world what Russia is about,” Putin said.

They did. In December 2010, inside the grand hall of FIFA’s headquarters, known as Zurich’s Messe, president Sepp Blatter presided at a ceremony to announce the host countries of the 2018 and 2022 Cups. The hall filled that day with soccer royalty alongside actual kings and princes. Blazer worked the room, shaking hands with, among others, Prince William and David Beckham. The crush of dignitaries was so complete that Bill Clinton, the honorary chairman of the U.S. bid, could get a seat only in the second row, behind Blazer.