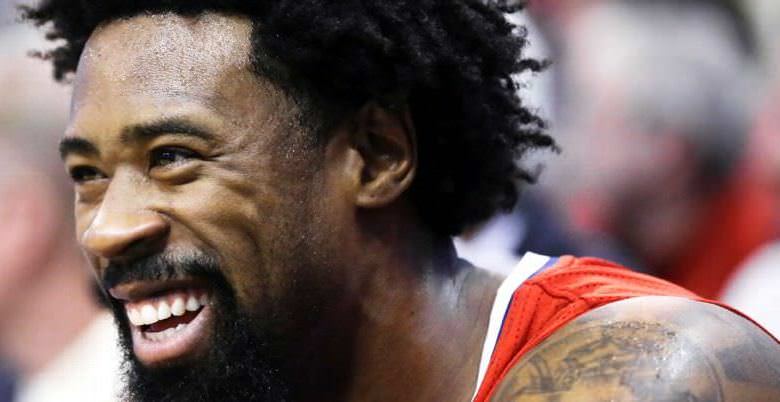 So, um, last year you went viral ... and I think we all know why ... when you drilled your nostrils and wiped it on J.J. Redick as he gave a TV interview. What’s wrong with you, man? [Laughs] Well, I wasn’t really picking my nose.

There’s no gray area with a nose-pick-and-wipe.

But there was no booger! There was a lot of social media heat on me for that. Everybody’s like, “That was gross. Why would you do that to a teammate?”Yo, do you think I’m gonna wipe a booger on somebody on live TV?

Fans know you as one of the funniest guys in town. Then you hit free agency. Boy, that got out of hand.

Yeah. Everybody goes through some type of bulls--t in their career. That was mine.

How did it feel to be the most despised player in the NBA for a while?

It sucked. I was like, “Am I that bad of a guy?” But once you realize, “I made this decision for me,” you don’t think about it as much.

Emojis pretty much told the story, but how did it happen?

This was the first time in my life where I could pick where I’d play, where I’d live, who I’d play with. It was an exciting time, but I jumped the gun. Don’t get me wrong, the Mavericks are a great organization with some of the best fans in the league, but I wanted to win a title here with the guys on this team. That was important to me. If you had a do-over, what would it be? I would have taken a couple of more days to think about my decision. For sure.

How would you characterize the rumor that circulated last summer that you and Chris Paul weren’t getting along?

Honestly, if we didn’t get along, I wouldn’t be on this team. I would’ve left.

You’re saying there wasn’t a kernel of truth to it?