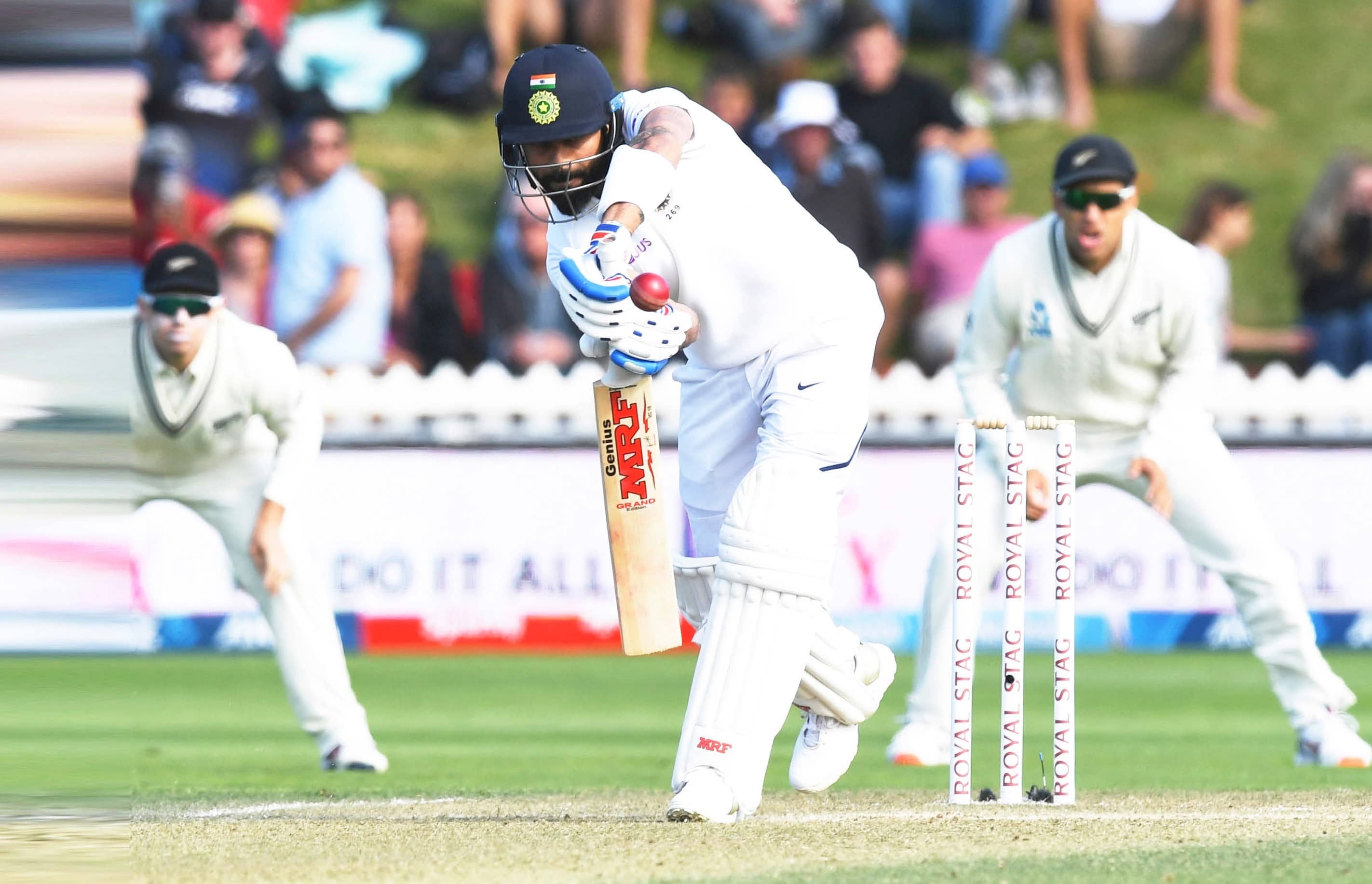 Kohli has now gone without a hundred in 19 international innings, his worst batting run since February-October...

"His last international hundred came against Bangladesh at Eden Gardens."

Eight matches, 182 runs at an average of 22.75 with a best of 51. These are not numbers you generally associate with the run-machine named Virat Kohli. But, these are the actual stats of the Indian captain on the tour of New Zealand, updated till his dismissal in the first innings of the Wellington Test. To be more precise, Kohli’s numbers in New Zealand read 45, 11, 38, 11 in the four T20Is he played, 51, 15 and 9 in the three ODIs as India were whitewashed, and 2 in the first innings of the Wellington. Kohli has now gone without a hundred in 19 international innings, his worst batting run since FebruaryOctober 2014, when he went century-less for 25 innings.

It is not that Kohli was in poor form before heading on the plane to New Zealand. In fact, he had notched up 78 and 89 at Rajkot and Bengaluru respectively as India got the better of Australia 2-1 in the ODIs at home. His last international hundred though came against Bangladesh during the historic Day-Night Test at Eden Gardens in Kolkata. What is it then that’s going wrong with the Indian captain in New

Ahead of The Curve
Maxim
5 mins read
‘Sports dealer tried to convince me for 6 months about a boy from Ranchi; it led to a 22-year bond': Man who sponsored Dhoni's first kit
Business Sphere
3 mins read
Dargun dares to win
Horse & Hound
4 mins read
1st US spring flight to Antarctica aims to resist virus
The Philippine Star
1 min read
Walking through the streets of Wellington
Somerset Life
7 mins read
31 DAYS OF SUMMER
Berkshire Life
8 mins read
‘I was jammed. Without my phone I'd be dead'
Yachting Monthly
4 mins read
So stylish even Sir Clive came for a lesson
The Rugby Paper
8 mins read
Make Cothay While The Sun Shines
Country Life UK
5 mins read
AT HOME WITH THE LUXURY DESIGN SCENE
MillionaireAsia India
4 mins read