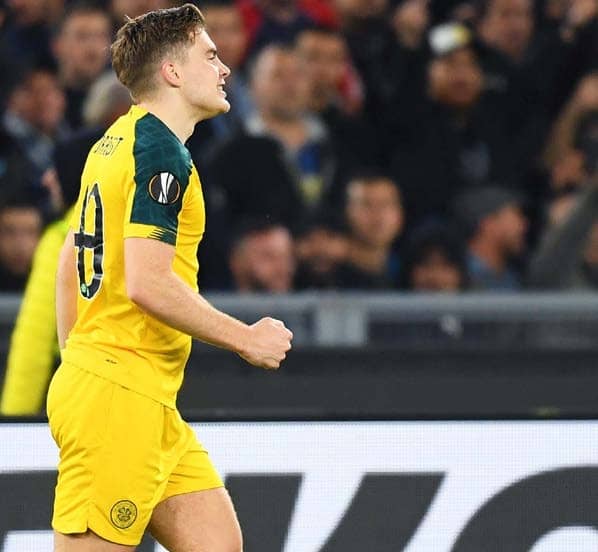 HAVING lost an early goal in Rome, it was James Forrest that fired Celtic level against Lazio with a sublime finish on 38 minutes at the Stadio Olimpico.

With just seconds of play remaining, five minutes into second-half added time, an equally wonderful strike from Olivier Ntcham secured all three points for the Scottish champions on the road.

The victory saw the Hoops top Group E of the UEFA Europa League, and secure progression to the competition’s knockout round of 32

“I can’t really sum up how I feel after that,” said goalscorer Forrest after the game. “It’s a great night and great result, it has to be up there with the best I’ve ever had.

“The players, and everyone on the bench, you saw their reactions at the end, everyone put in such a good shift from start to finish. We really deserved it with all the effort we put in.