Jonathan Afolabi was delighted to score his first Celtic goal last week, and he’s aiming to use that as a springboard in his Hoops career

JONATHAN Afolabi joined Celtic in the summer on a three-year deal, having come through Southampton’s academy system.

The Dublin-born striker is settling into his new life as a Celt and is beginning to find his feet for the Hoops, having got off the mark with his first goal in the recent 4-2 Reserve Cup win over Morton.

Afolabi is now aiming to build on his positive start in the Hoops, and the 19-year-old hopes to play his way into the first team with more goals and impressive displays in the training sessions with the first-team squad.

WHAT WAS THE MAIN FACTOR THAT INFLUENCED YOUR DECISION TO JOIN CELTIC?

I first heard of Celtic’s interest in January, but that window went by and nothing had materialised. I chose to stick to my guns and keep working hard. I had a couple of options in the summer but I made the decision that was best for me and I feel like Celtic is a great place for me to start. I know Celtic are a brilliant club for bringing through young players, and that’s what I’m hoping for. I don’t just want to break through and move on, though. I’d love to be a household name here and have a career at Celtic because it’s an amazing club to be a part of. I’ll just need to see how my career goes, there’s only so much I can do. Hopefully if I work hard and perform well, I can get the opportunities I need. 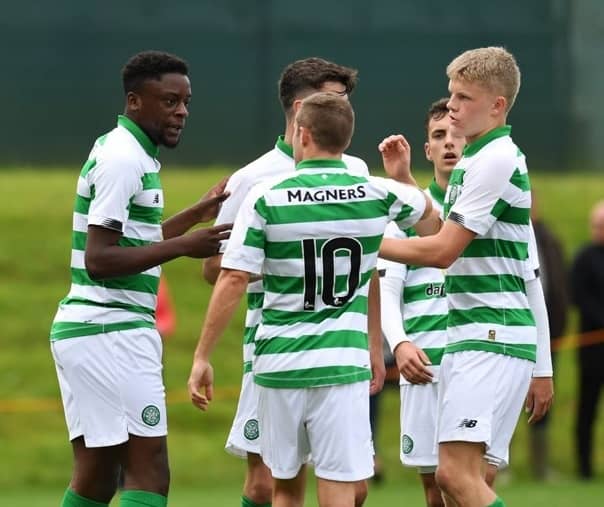 YOU WERE INVOLVED WITH IRELAND IN THE UNDER-20 EUROS BEFORE COMING TO CELTIC. HOW WAS THE TOURNAMENT FOR YOU?