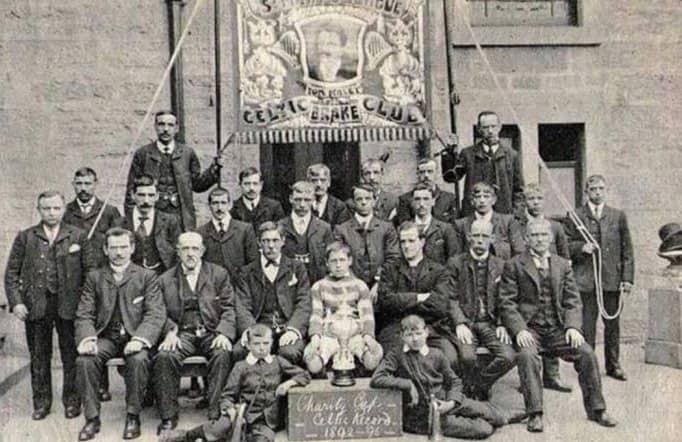 How Celtic fans from the Calton invented football away days

THERE are now Celtic Supporters’ Clubs everywhere – from within the shadow of Paradise to all corners of the globe. But how did this all start?

The first example of the Celtic support organising themselves was with the creation of Brake Clubs.

Brake Clubs were mostly restricted to Glasgow and initially consisted of up to 25 supporters travelling by horse-drawn carriage. They would carry a distinct banner, which depicted the club name and a painting of a Celtic player from the period. The first of its kind was formed in 1889 in St Mary’s Parish of the Calton.

The original Brake Club’s banner proudly bore the name and image of Tom Maley, with the title ‘St Mary’s League’ at the top.

The reference to the ‘League’ is due to the organisation from which birth was given to the club – the established branch of the League of the Cross.

The League was actually a temperance society, committed to alcohol abstinence, set up by the Catholic Church. Every parish in Glasgow had a branch of its own. As with St Mary’s, the vast majority of Brake Clubs were also formed in this way.

Though, it is quite a contradiction in terms that within a matter of months, there are references to ‘Celtic carriages’ being accredited as ‘mobile drinking parlours!’

Despite their disobedient charisma, an entire federation of Brake Clubs could soon be boasted. They changed the whole face of football support. In that era, early football fans only tended to attend home matches.