THE FINAL PIECE OF THE JIGSAW 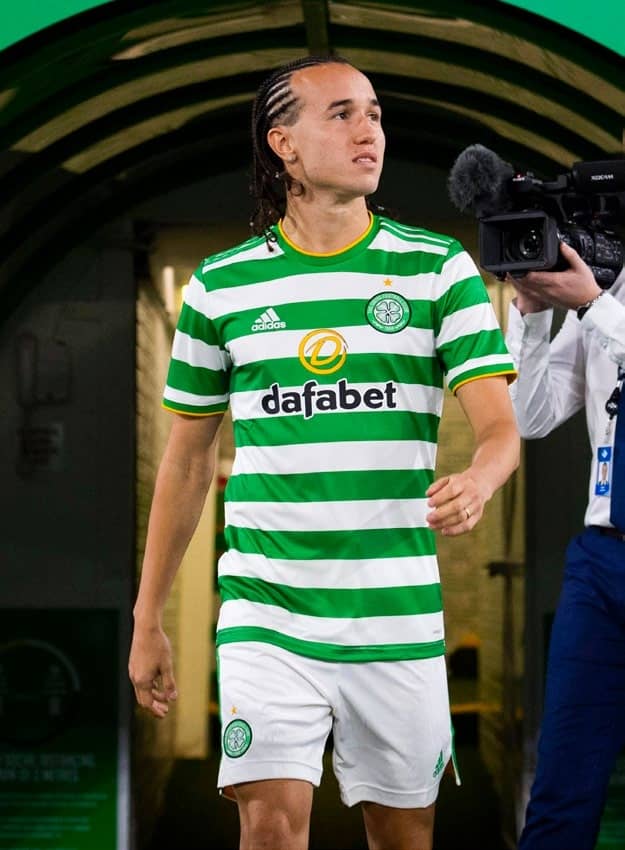 LAST week, Celtic closed the 2020/21 transfer window in style by signing Uruguayan internationalist, Diego Laxalt, on loan from AC Milan until the end of the season.

The 27-year-old left-sided player, who has been capped 24 times by his country, has been with the Italian giants since joining from Genoa in 2018, where he had been a team-mate of Olivier Ntcham.

Last season he spent the first part of the campaign on loan at Torino, although he returned to the San Siro and played for the Rossoneri during the remainder of the 2019/20 campaign. And AC Milan will be Celtic’s first opponents in this season’s UEFA Europa League group stages, with the Italian side visiting Glasgow on October 22.

After starting his career with Defensor Sporting in Uruguay, Diego moved to Italy in 2013 when he joined Inter Milan. During three years with the club, he also had spells with Bologna, Empoli and Genoa before joining the latter on a permanent basis in 2016.

His international debut for Uruguay came in a friendly match against the Republic of Ireland in Dublin back in June 2017. Ireland won that game 3-1, and Diego’s new Celtic team-mate, Shane Duffy, played in the match.

The 27-year-old is the first Uruguayan to play for Celtic and he can’t wait to pull on the Hoops and play alongside his new team-mates.

“I’m extremely happy to have signed for a club that is very well known around the world,” Laxalt told Celtic TV, on transfer deadline day speaking through an interpreter. “It is a club with a lot of tradition and I can’t wait to get out on the football pitch.