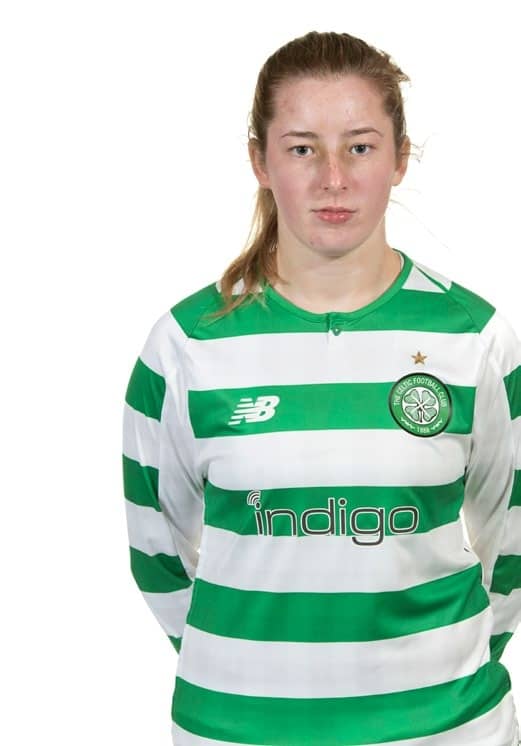 Kathleen McGovern is enjoying her first full season with the Celtic first team, and is hoping to play her part in pushing the Hoops on

KATHLEEN McGovern has been on a sharp upward trajectory since joining Celtic as a youngster, and the Hoops forward is showing no signs of slowing down in her first season in senior football.

McGovern has taken everything in her stride throughout her time at Celtic and is now continuing to do so as she balances her final year at school with playing football for the club she has supported her whole life.

Are you playing football full-time or working a job as well?

I’m actually currently in fifth year at Holyrood Secondary in Glasgow. I’m focusing on higher PE just now and once I complete that, I’m planning to finish school and focus on playing football and maybe finding a job in sport.

How did you football journey begin?

I was playing with Mill United Boys’ Club, who I joined when I was four, so I was in a team of all boys. It was good for my development playing alongside them. It was tough playing against boys, but I think it helped bring me on a lot. Many people my age questioned why I’d play in a boys’ team, but there weren’t may girls’ teams going and all the boys in the team treated me the same as the others and I got on really well with them.

And when did you join the Celtic Academy?