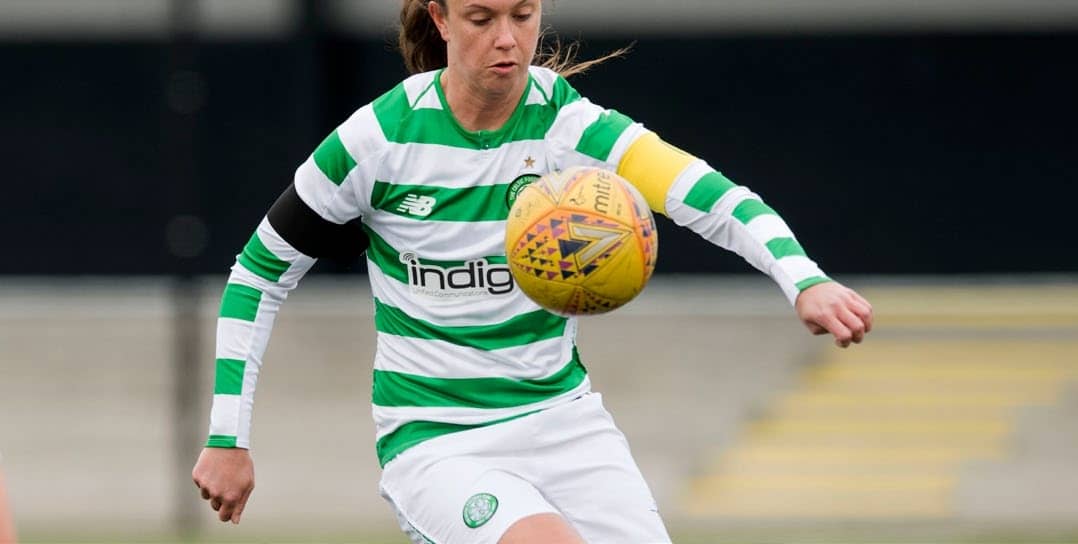 Kelly Clark is already looking forward to the next stage of the season after the first half went so well.

THE Celtic Women’s team head into their mid-season summer break on a high having wrapped up their most impressive start to a season in years.

As intense as the first half of the campaign has been, Hoops captain, Kelly Clark admitted she and her team-mates were gutted to have their momentum brought to a halt with the break. However, the improvements made this season have left the team confident that they will continue to make strides forward in the business end of the season and fight to secure a place in the Champions League.

How would you sum up the first half of the season?

At the start of the season, if you had said we’d be level on points with Hibernian, and disappointed not to be ahead, we would have all taken that in an instant. We’ve beaten Hibs in this half which has been a massive step forward for us. We were unlucky against Glasgow City in the league and, had we not dropped points to Motherwell early in the season, we would actually be two points ahead of Hibs.

How significant was that win against Hibernian?

I’ve been at Celtic for six-and-a-half years and we hadn’t beaten Hibs since October 2013, so it was the first time in a long time. We had been getting closer and closer to them and there was something different going into that game. I don’t really know how to explain it. Usually going into these games against Hibs and Glasgow City, there’s a real nervousness, but this time the girls went in fully confident and after the game, the changing room was great. Everyone had a massive smile on their face and there was a sense of, not relief because we deserved it, but vindication. We felt a couple of times recently we had been unlucky, but this time we deserved it, took our chances and got the three points.

What would be your highlight of the season?