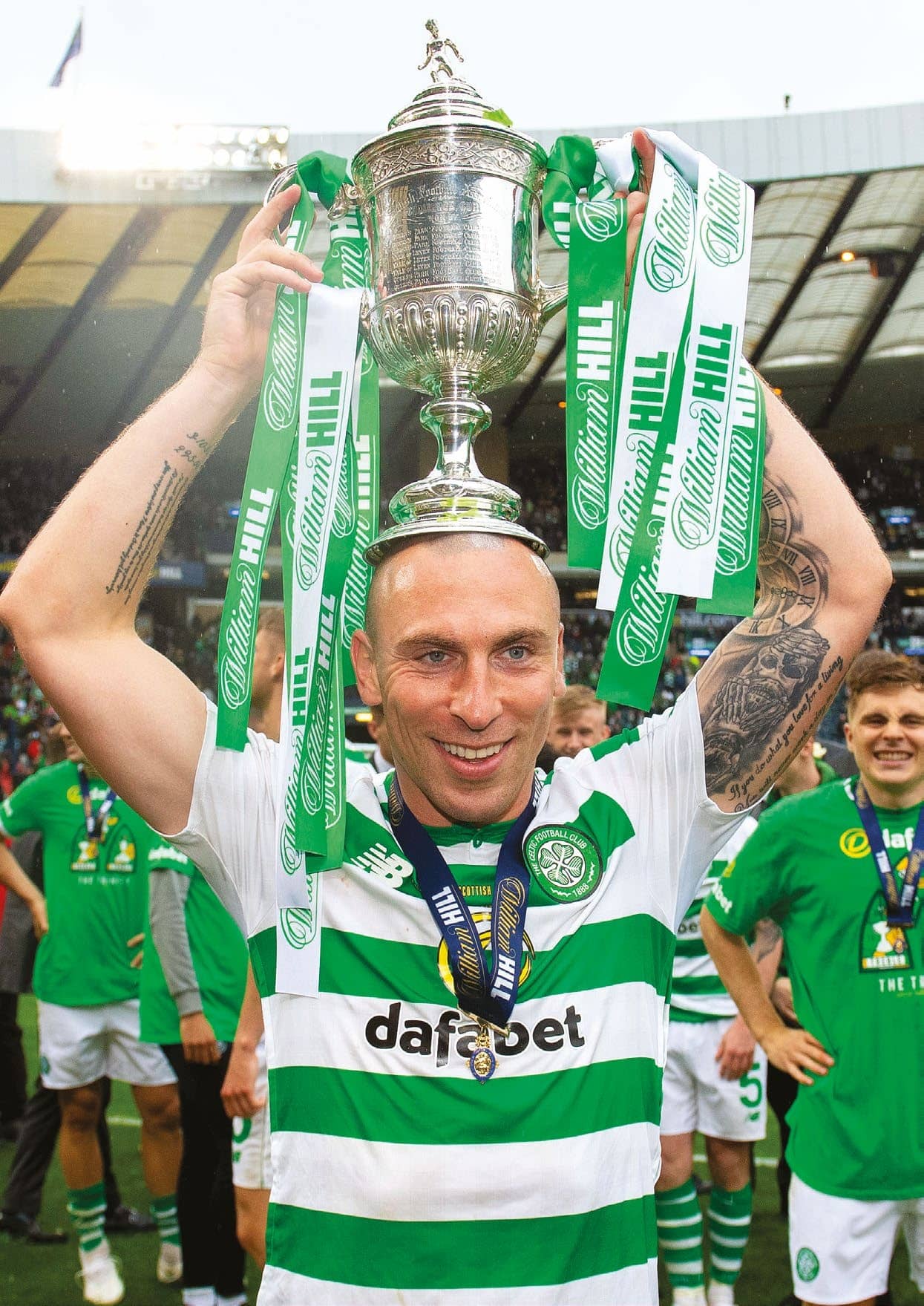 IN lifting the Scottish Cup on Saturday, Scott Brown claimed his 19th major domestic honour as a Celtic player.

The first of those came as a 22-year-old when he lifted the league title at the end of 2007/08 under Gordon Strachan. Now, seven years, and many medals later, Brown has clearly done everything right to still be winning trophies with Celtic.

However, if there was one thing he would tell a 22-year-old Broony, it would be to pause and savour every success he achieved on his Celtic journey.

“If I could tell my 22-year-old self-anything it would be enjoy every single moment of this journey,” he said. “I’m playing now with a smile on my face and nearing the end of my career. I probably took a lot of things for granted when I was 22-years-old and the managers have come and gone.

“One of the people I’ve never taken for granted was Gordon. I’ve always been very tight with him and going away with Scotland and having him as manager was great. It’s people like him who have helped me through hard times, and times when I haven’t been playing so well. That belief and trust has been important for me.”