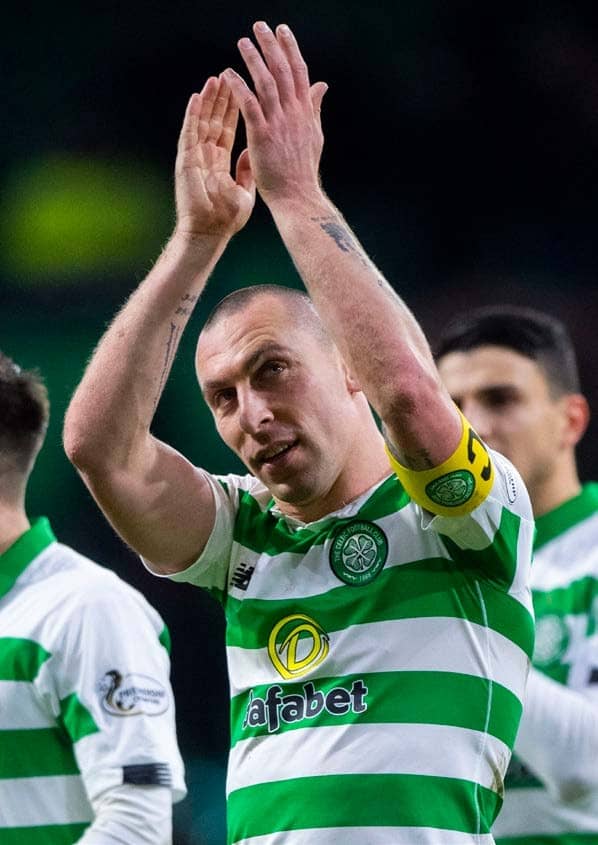 Scott Brown echoes the health-prioritising sentiments of his manager, and reflects on the season before the weekend postponement

LIKE his manager Neil Lennon, Scott Brown has never experienced anything like this in his footballing career to date.

Amid concerns for public safety during the current COVID-19 coronavirus outbreak, the weekend’s football fixtures, including Sunday’s Glasgow derby, were postponed.

The match at Ibrox was a much-anticipated one, with the Hoops going into the game 13 points clear at the top of the Premiership.

The outcome of this campaign and when it might be played from here on remains unclear, and, like Neil Lennon, Scott Brown keenly awaits the advice of the powers that be in the coming days and weeks regarding how things will proceed.

“In the lead-up to the announcement, we were taking it day-by-day more than anything,” said Brown. “It’s a serious situation we’re all in, and we want the best for everyone. We obviously want to play football but we need, and want, to take everything we’re being advised of seriously.

Brown said that while he and his peers want to play football more than anything, they all understand the significance and magnitude of the current situation.

When the time is right, he would prefer to have domestic football resumed in its full capacity whenever it’s safe to do so – fans in the stands, and all – as opposed to playing behind closed doors, but is keen to have things carry on as soon as possible in any event.