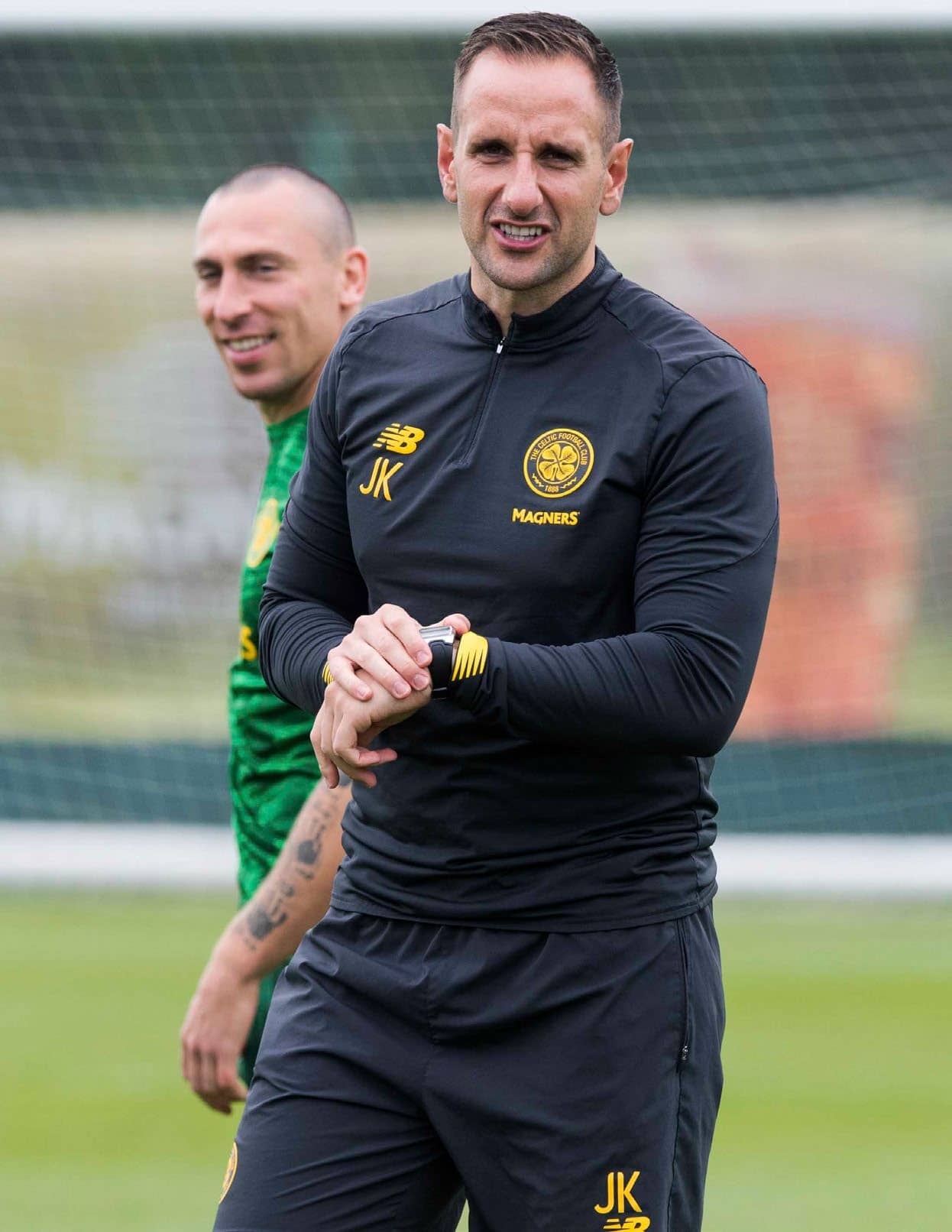 WITH so many of the players away on international duty last week, Celtic’s training centre at Lennoxtown wasn’t bustling with as many bodies as usual, but that didn’t mean the work-rate slackened.

Instead, the management team stepped up the demands on the Bhoys with some intense training sessions to ensure they go into the next period of fixtures in the best condition possible.

Preparations for this Saturday’s game against Ross County at Celtic Park are now underway as the Celtic squad reunited after the double-header of international games.

John Kennedy spoke exclusively to the Celtic View ahead of this weekend’s game and gave an indication of the work the squad has done to help them get back to their best and take three points against the Highland side.

“Ross County have done well since they came up, and they have a decent squad there who have had a good start to the season,” he told the View. “It’s a good one for us to be at home and to get ourselves back on track after the disappointment of Livingston.

“The boys who weren’t away on international duty did a bit of work to top up fitness-wise and then had some time to recover over the weekend. We change the training slightly when a lot of the squad is away and we get some of the Reserve players in to make up the numbers.

“The training is more physical in this period when there’s an international break. We give them some time off at the beginning of the week and then put them through quite demanding training for a few days before giving them some time off at the end of the week to fully recover. That usually sets them up nicely for when the group gets back together.”

With 11 first-team players away with their respective counties, it’s impossible to watch all the games at the same time but Neil Lennon, John Kennedy and Damien Duff keep a close eye on the Bhoys and have a well-established schedule to get them back into the swing of things when they return.