No Roman Holiday For Hoops 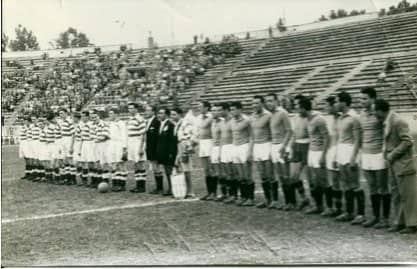 THIS Thursday night’s UEFA Europa League game in Glasgow marks Lazio’s first-ever competitive game against Scottish opposition since they first started playing European football back in the 1973/74 season with a UEFA Cup first-round tie against Swiss side, FC Sion.

However, this is not the Italian club’s first game against Celtic or their first visit to Paradise. Indeed, when they travelled to Scotland back in September 1950, they became the first Italian team to play in Scotland.

It was a return fixture after Celtic had travelled to Rome for a friendly match on May 30 that year, visiting the Eternal City for Holy Year, which had been thus designated by Pope Pius XII. The match in the Stadio Olimpico also marked Lazio’s Golden Jubilee.